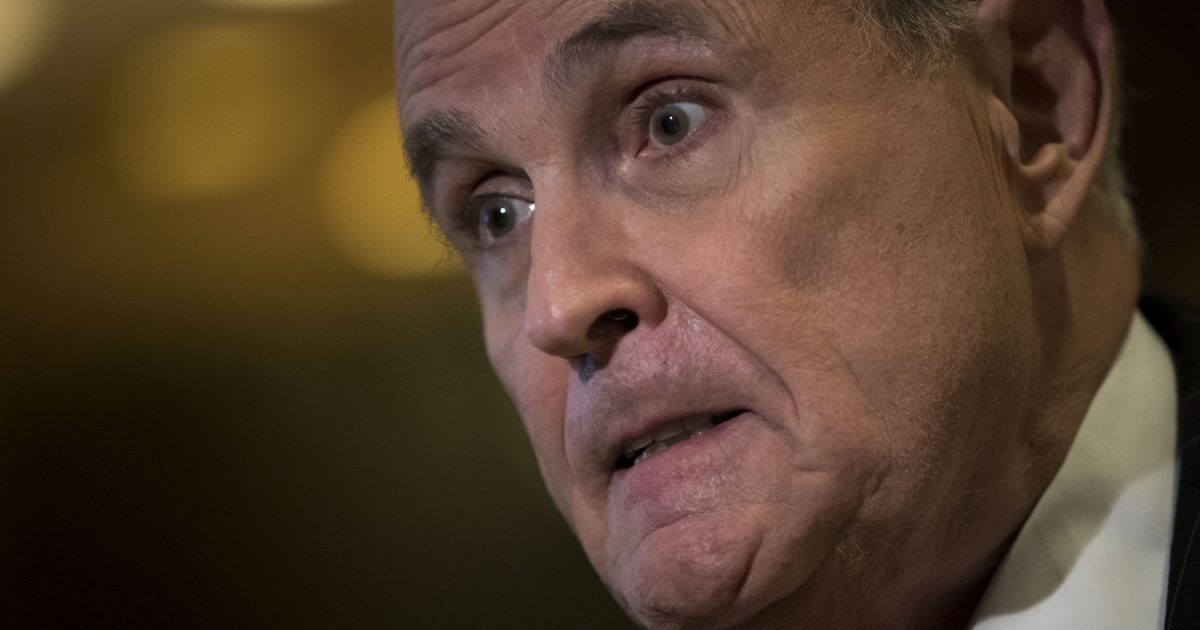 It’s been awhile, so let’s check in on the Twitter account belonging to President Donald Trump‘s personal attorney, former NYC mayor Rudy Giuliani. Well, well, would you look at that: the patented ‘how dare this Fox moron accuse me of smoking something other than premium cigars’ tweet.

All jokes aside, Giuliani was actually denying that he has been sweating bullets over Trump’s tweets, despite recent reports that the president should be more concerned about the things he tweets.

There is a moron on Fox claiming I chain smoke cigarettes worrying about the President’s tweets. Don’t smoke cigarettes. Hate ‘me. Smoke only premium cigars and I hope this idiot is not a lawyer because if he is he should sue his Law School.

“There is a moron on Fox claiming I chain smoke cigarettes worrying about the President’s tweets. Don’t smoke cigarettes. Hate ‘me. Smoke only premium cigars and I hope this idiot is not a lawyer because if he is he should sue his Law School,” Giuliani tweeted.

LOL. That was me mayor. You missed the joke. Or maybe you’re so stressed you don’t think his tweets are a laughing matter anymore? And I know you smoke cigars. Last time I was at the Havana Room (actually every time) you were there. https://t.co/gYOZksUfdq

“I’m sure that Rudy Giuliani spends big chunks of his days chain-smoking cigarettes, white-knuckling it, just hoping another tweet doesn’t show up,” Goldberg said on air.

Early Monday, it was reported that President Trump has been advised not to tweet about that 2016 Trump Tower meeting with a Russian lawyer involving his son Donald Trump Jr. and son-in-law Jared Kushner.

The source told CNN Trump has been told his tweeting “only gives oxygen to the topic.”

As Law&Crime reported before, recent reporting about the focuses of Special Counsel Robert Mueller‘s Russia investigation indicate that Trump would be wise to be more guarded about his tweets. More specifically, Mueller has reportedly been looking at potential obstruction in Trump’s tweets and other public statements targeting former FBI directors James Comey and Andrew McCabe, as well as sitting Attorney General Jeff Sessions.

If Giuliani is to be believed, he’s probably lighting up a cigar instead of caring about this.