Principal’s Wife Allegedly Gave 12 and 13-Year-Old Girls Booze, Then Tried to Silence Them 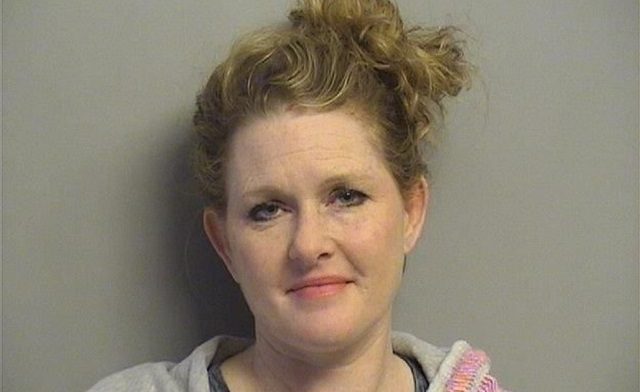 The wife of an Oklahoma elementary school principal is facing charges after allegedly providing alcoholic beverages to a group of 12 and 13-year-old girls, and trying to keep them quiet.

Angela Weaver, whose husband heads Oliver Elementary in the small town of Kiefer, held a birthday party at her home on January 21, where she allegedly gave beer and vodka to five girls, Tulsa World reported. She was arrested that month for giving alcohol to minors. According to police documents, Weaver also took away the girls’ phones during the party so they wouldn’t post anything on social media. Some of the kids later told authorities that they felt sick after having the drinks.

Police say she also tried to get them to go along with a story of what happened, should anyone ask. “Angie sat them down and rehearsed with them what to say when asked by their parents,” an affidavit reportedly says.

From January until her arrest in late March, Weaver allegedly kept trying to get the girls to remain silent about what happened even threatening them. Weaver is also accused of pulling on one girl’s basketball jersey during a game, and pinching her when she tried to get away.

Weaver was hit with additional charges in March for seven counts of deceiving a witness, and one count of assault and battery.