After interviewing 1,600 people, Lancaster, Pennsylvania authorities used DNA information of a close relative to lead to a man they believe raped and strangled schoolteacher Christy Mirack 25 years ago, four days before Christmas. A popular DJ known as “DJ Freez” (real name Raymond Charles Rowe), 49, has been arrested in connection to the decades cold strangling case.

Rowe had Instagram and Facebook pages for Freez Entertainment, but those have been taken down now that police have announced his arrest.

The facts of the case are that on a morning in 1992 when Mirack was about to go to work, she was beaten until her jaw was broken and strangled to death in her home. With the exception of the DNA sample found on Mirack’s body, authorities had nothing to go off of and Rowe was never a suspect. That was until May 31, 2018, when Rowe’s used chewing gum and a water bottle were collected at an elementary school where he was working as a DJ. 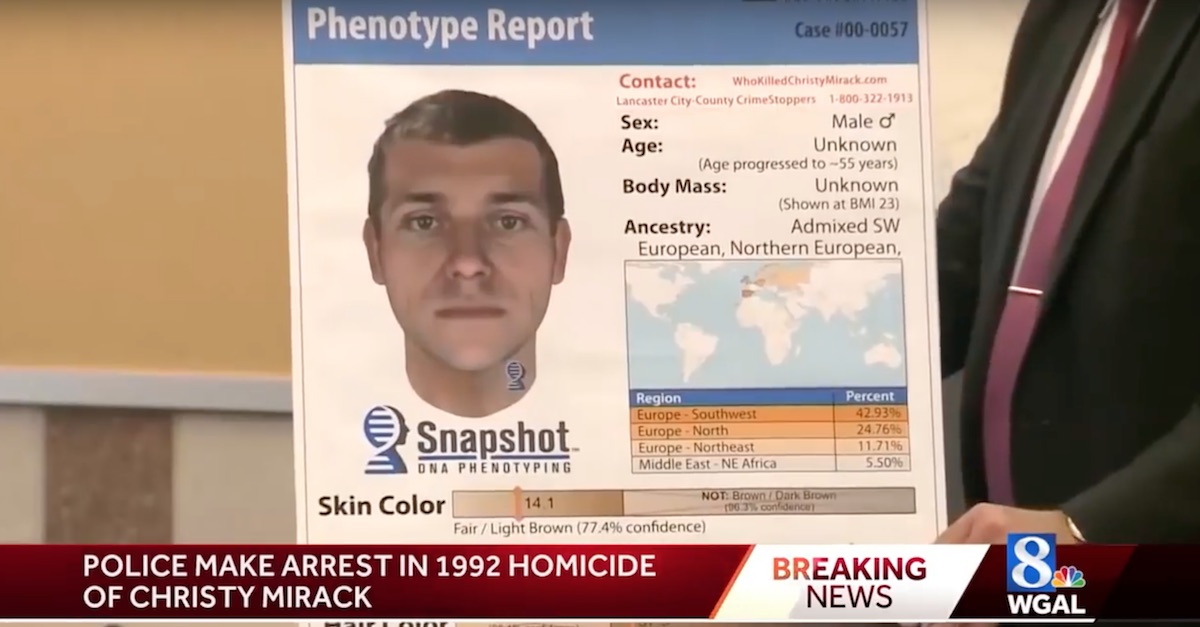 According to Lancaster Online, police said that their attentions did not turn to Rowe for a possible arrest until the DNA was matched with a close relative in Lancaster County.

“Quite honestly, we didn’t feel we had any more arrows in the quiver” Lancaster County District Attorney Craig Stedman said Monday. Stedman said he’s seeking the death penalty for Rowe.

In Dec, I had the opportunity to talk with Vince Mirack, Christy’s brother, on the 25th anniversary of his sister’s murder. He said the release of DNA composite sketches gave him hope. Today, @Lancaster_DA announced an arrest made in the cold case. @fox43 https://t.co/bYzq1wYhTy

Rowe lived only four miles from the crime scene. Stedman said there is a “1 in 200 octillion chance that it was someone” other than Rowe who left this DNA at the scene.

Friends of Mirack’s were stunned by the news of Rowe’s arrest.

A neighbor of Rowe’s who didn’t want to be identified by name said, “He was the nicest guy I’ve ever met.” That person has known him for a decade.

Another one said she would “trust all my kids with him,” calling him a loving father.

It is notable that the DNA comparison method that police used here is the same one that was used to arrest Golden State Killer suspect, Joseph James DeAngelo. Neighbors also gave accounts of him that conflicted with the crimes he was accused of.