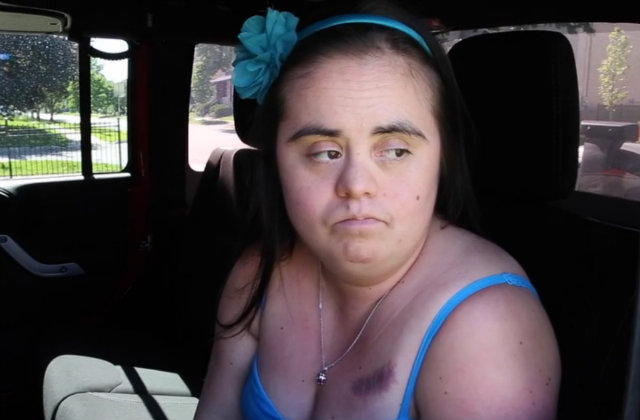 The Human Rights Tribunal of Ontario is looking at a new complaint, which says two law enforcement officers made fun of a woman with down syndrome. 29-year-old Francie Munoz filed against Constables Sasa Sljivo and Matthew Saris, according to the CBC.

Dash-cam footage of the traffic stop has already caught attention up north. It shows the officers pulling over Munoz’s mother Pamela last November 5 in Toronto. Munoz, and her sister were passengers in the vehicle. One officer reportedly identified as Sljivo said that Munoz, who was a passenger in the vehicle, was “disfigured.” The officer is heard making a joke about there being “two-and-a-half” people in the vehicle. All statements were made inside their official vehicle, ostensibly private.

The officers face a separate disciplinary hearing scheduled for Oct. 18. According to documents, Sljivo was charged with misconduct for profane, abusive or insulting language. Saris is accused of failing to report his statements. At a hearing on Tuesday, They did not say how they will plead. In their written apology, they called the incident a “lapse in judgment.”

Munoz first learned about the dash cam video when her mother obtained the footage when fighting a $325 ticket from the traffic stop. In her Human Rights complaint obtained by the CBC, Munoz said she suffered emotional trauma from what was said. She and her family demand a public apology. According to her, the officers only want to do that in private. Munoz also wants the Toronto police chief to publicly apologize, and for him to promise that officers will take training on how to work with people with disabilities. On top of that, she wants new officers to be screened for prejudices, including biases against people with disabilities.

Sljivo and Saris’ attorney declined to comment to the CBC.