N.C. Man Murdered 6 Family Members Before Turning the Gun on Himself: Sheriff 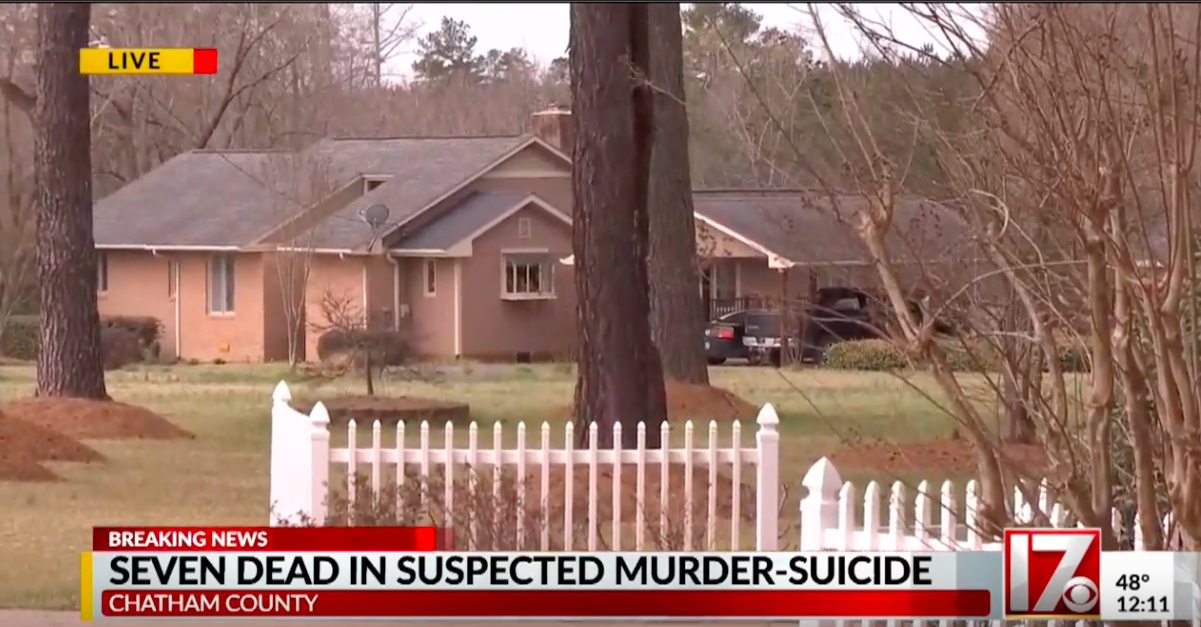 A North Carolina man is suspected of killing six of his family members before taking his own life on Sunday.

In a statement, Chatham County Sheriff’s Office spokeswoman Sara Pack said all of the victims, including the suspected gunman Larry Ray, 66, were fatally shot in more than one residence.

The News & Observer reported that police received a 911 call from one of the homes on Sunday night, the transcript of which was released Monday afternoon. The victims’ ages ranged from 39 to 93. They were identified as 39-year-old Nicole Sanderford, 41-year-old John Paul Sanderford, 54-year-old Lisa Mansfield, 67-year-old Jeanie Ray, 73-year-old Ellis Mansfield and 93-year-old Helen Mason. Pack said the shooter’s motives were still unknown.

“There’s a guy in my house shooting right now,” a teenage male caller said during a 911 call. “I’m in my closet. I haven’t seen him. I’m not coming out.”

The emergency operator told the caller to keep quiet if there was any chance the gunman might hear him.

After approximately three minutes, the caller told the operator he thought the house was safe.

“It doesn’t feel like he’s in the house anymore,” he said, telling the operator that both of his parents were in the house with him when the intruder entered and that he heard a total of six gun shots.

“Oh my god. Blood everywhere,” he said, after entering the murder scene. He returned to the bedroom until police arrived 23 minutes into the call.

Chatham County Sheriff Mike Roberson said in a statement that “Our hearts go out to the families and friends of the victims of this terrible tragedy.”

“To lose any family member is devastating, but to lose several at once to unexpected violence is unimaginable. There are no words to describe the sense of loss we feel as a community in the wake of this terrible event,” he said, according to WECT.