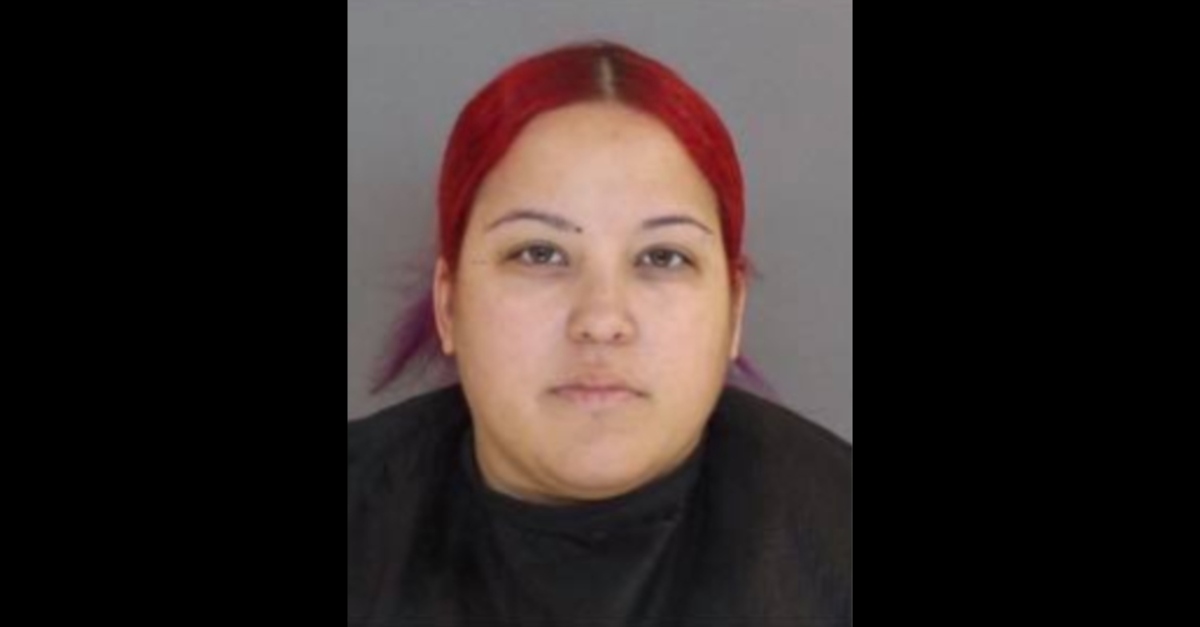 A mother in Sumter County, South Carolina allegedly poured water on her baby’s daughter’s face in a disturbing Facebook video. Caitlin Alyse Hardy, 33, is charged with cruelty to children, according to court records reviewed by Law&Crime.

Deputies said they learned about “disturbing images,” and obtained an arrest warrant Tuesday. They apprehended the defendant the day after. They claim Hardy poured a bottle of water on the face of a sleeping 9-month-old baby girl. The child woke up coughing upon the second pour, investigators said. Hardy allegedly recorded the incident, and put it on Facebook.

An account by the name of “Where is baby Kate?” called the defendant out over the video. They published screenshots, which they said were from Hardy’s account. Images showed an adult holding a bottle of Aquafina and pouring out the water on an infant’s face. The baby seems to be sleeping as this happens.

A screenshot also shows a written statement attributed to Hardy.

“Payback for waking me up all kinda times of da night,” she wrote, in a post depicting the baby and laughing emojis.

“We received a message from a concerned member yesterday about a woman posting a video of her pouring water on her baby’s face, this video was posted to where only people on her fb could see it,” said a Wednesday statement from the aforementioned Baby Kate account. “I asked the concerned member if she could take a video of it and they did it for me within seconds, as soon as the member got the video the ‘mom’ took it down.”

Hardy’s attorney of record did not immediately respond to Law&Crime. The defendant posted $1,500 bond on Wednesday, records show.

Deputies say that they contacted the Sumter County Department of Social Services to investigate this incident and the safety of children in that home.