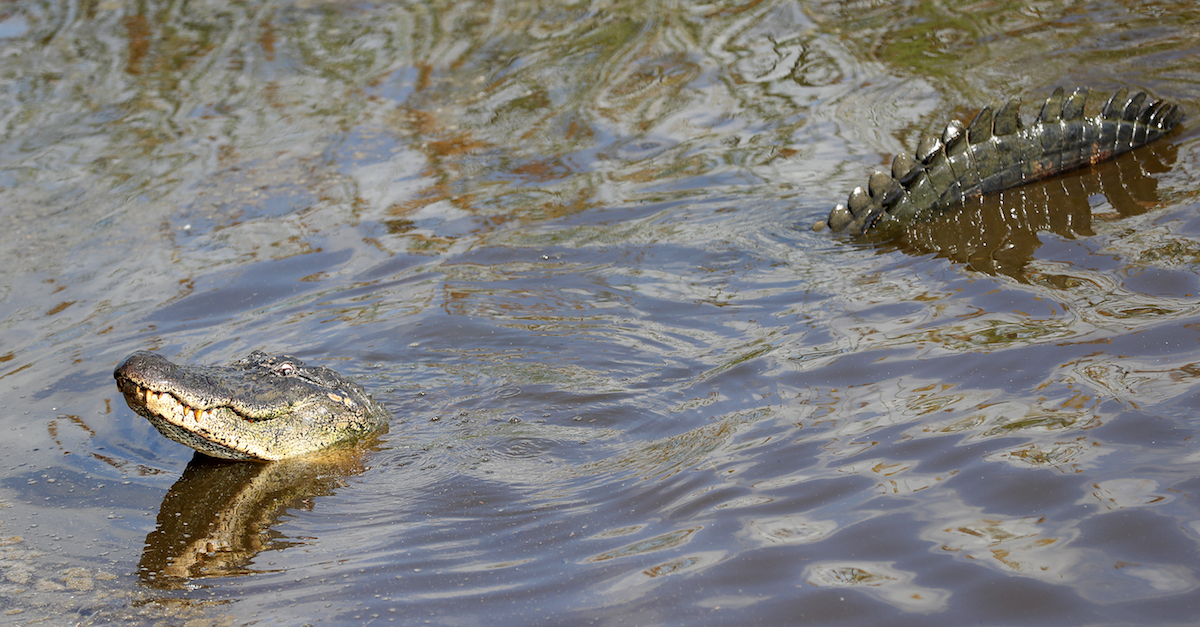 In a Facebook Post Saturday, the police department in Loretto, Tennessee wrote that they found an occupant trying to flush methamphetamines and other drug paraphernalia down the toilet. Now, the department is asking that residents refrain from flushing drugs in an effort to prevent the creation of “meth-gators.”

The purpose of the post was to discuss the effect flushing drugs can have on the town’s retention ponds. “Ducks, geese, and other fowl frequent our treatment ponds, and we shudder to think what one all hyped up on meth would do. Furthermore, if it made it far enough, we could create meth-gators in Shoal Creek and the Tennessee River down in North Alabama,” read the post.

That said, there are no documented cases of alligators experiencing a meth-induced high, and the Loretto Police Department didn’t cite any.

“I’ve never heard of such a thing. I would think that by the time it got into the water system, it would get pretty damn diluted,” Jim Nesci, a wildlife educator, told VICE.

The post appears to be meant as a joke, but that hasn’t stopped the Internet from getting meth gators trending on social media. The hypothetical meth-addled gators may have been a reference to a so-called “meth-fueled attack squirrel” named Deeznuts from Alabama, whose owner has since denied giving it meth.

There are instances in which introducing drugs to a water supply cause marked changes to the ecosystem. Fish in the Niagara river reportedly have tested positive for antidepressants, which has caused them to be more docile and, thus, more likely to be eaten. But even so, the chances of a Tennessee alligator getting high on meth are slim to none.

Kent Vliet, an alligator biologist, had this to say on the matter:

“I would guess they might be affected by it, but they tend to not react to drugs in the same way we do, and I don’t know if it would take a little or a lot to get an alligator to do something on meth. I think it’s a ridiculous notion.”