Man Murdered Mother-of-Three at Motel Where Scene Was Staged to Look Like Suicide: Police 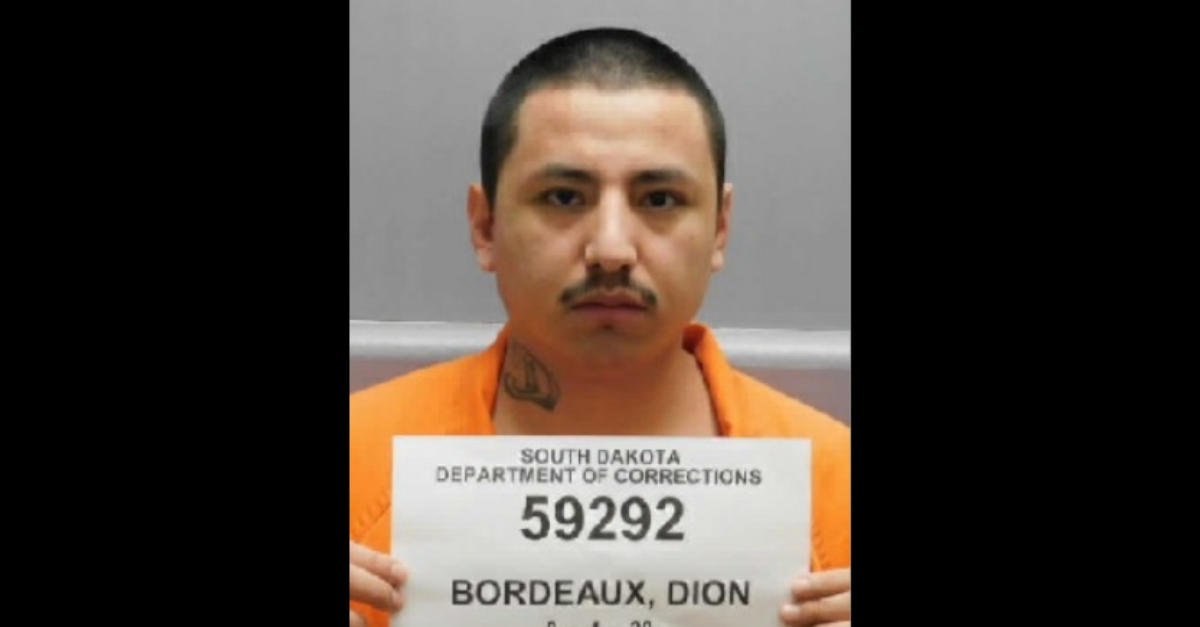 Police in Rapid City, South Dakota announced an arrest in the death of Jeanette Jumping Eagle, 21. From the get-go, it was not clear if she had shot herself in the head at a local motel or if someone else was responsible. Now authorities say that someone else was Dion Bordeaux, 25.

Authorities did not have to look far. Police had arrested him at the time on an existing warrant for aggravated assault. The defendant was indicted by a Pennington County grand jury for first-degree murder, cops said.

According to officials, police were called to a room on January 1 regarding a woman who sustained a gunshot wound. The victim, Jeanette Jumping Eagle, was dead at the scene. Officers said it was discovered that two male individuals were in the room at the time of the shooting. One of them was Bordeaux, they said.

Jeanette Jumping Eagle, 21, was found by police at 3:45AM on Jan. 1 with a single gunshot wound to the head in a room at the Microtel Inn & Suites in Rapid City, SD. Police are now investigating whether she committed suicide or was murdered. #MMIW https://t.co/KzBuBYA5AP

There were no arrests at the time in Jumping Eagle’s death. Bordeaux was taken into custody on a warrant for aggravated assault. Records viewed by Law&Crime show that he has since been convicted on that charge, and locked up at the Rapid City Community Work Center. He was scheduled for possible parole on July 2, 2021, but his legal situation just got a lot more serious.

At the time of the shooting, Jumping Eagle’s sister Paulina Ghost said she did not think it was a suicide, according to The Rapid City Journal. The victim–who had sons aged 4 months, 4 years, and 5 years–would not have wanted to leave her kids. The sisters had also recently lost their mother, and they spoke about how they needed to stick together as a family.

Now authorities say this was not suicide, but a homicide. From cops:

During the course of the investigation, police recovered evidence to suggest the shooting scene had been staged to appear as a suicide. By exploring multiple forensic avenues, it was determined that Dion Bordeaux was responsible for the shooting.

“I’m overwhelmed with emotions,” Ghost told the Rapid City Journal at news of the indictment. “I feel like justice is finally being served for my sister. At least now her soul can rest at peace.”

“It took a long eight months but she finally got her justice,” said sister Ashley Bagola. “It’s something we’ve all been wanting. It’s not going to bring her back, but he’s going to prison for a long time.”

Officers did not describe the relationship between Bordeaux and Jumping Eagle, but Ghost said the two had been dating for a short time. Jumping Eagle had been texting others, however, about returning to Brent Waters, the father of her children.

“I honestly think that he just became so jealous because there were text messages that she was telling Brent that she was missing him,” Ghost said. “He killed her because he couldn’t stand losing her.”

It is unclear if Bordeaux has an attorney in this matter.