In a bizarre incident out of Rock Island, Illinois, an unidentified man wearing a The Walking Dead t-shirt was filmed destroying a news photographer’s camera for reasons that are not entirely clear.

The basic story goes that he was not happy about being filmed and then attacked last Friday. The problem with that is that he very much ended up being filmed.

According to News 8, one of its photographers was filming local businesses in the area (seemingly for B-roll purposes) when the man “approached [the photographer] in a parking lot” outside of a Family Dollar store, “expressing anger that he may have been filmed while driving by.” An altercation ensued.

The local news outlet said that the man took the photographer’s hat and smashed the camera on the ground. Here he is leaping in the air only to pile drive the camera into the pavement with force: 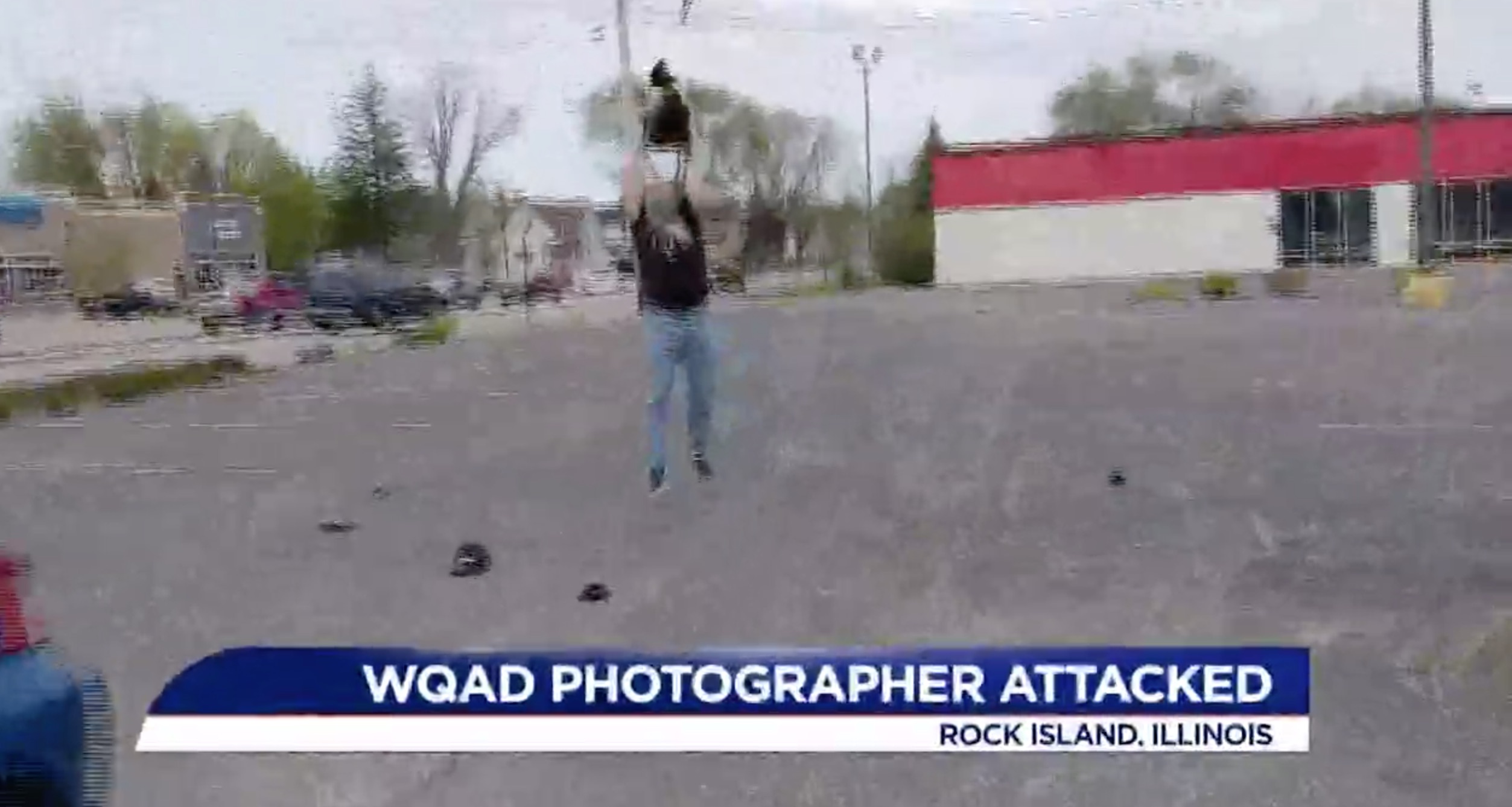 The news outlet said it filed a police report and that the Rock Island Police Department is investigating.