Man Allegedly Slapped Epcot Guard During Argument Over Masks, Said Police ‘Will Have to Shoot Me to Leave’ 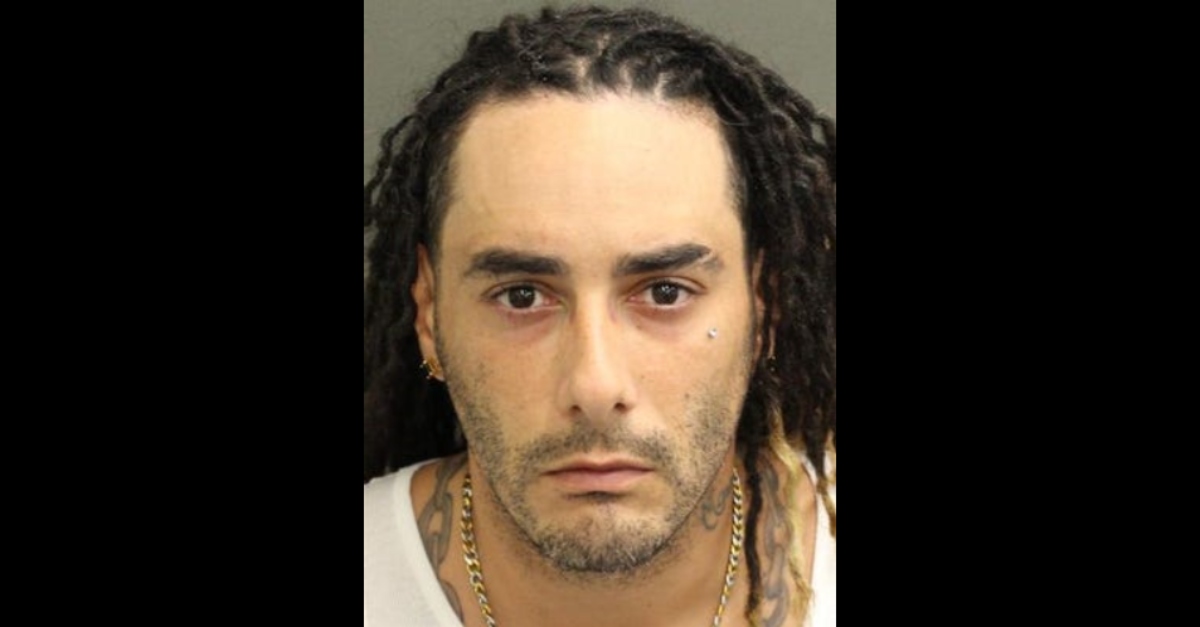 A man in Orange County, Florida allegedly caused a bit of chaos after his family was stopped from entering Epcot due theme park’s mask policy.

Enrico Hilario Toro, 35, was arrested on Aug. 14, according to an arrest report obtained by Law&Crime. In this story, Toro, his wife, and three children arrived at check-in with improper masks. One of the security officers told them they needed proper masks to enter the park. The group left, then returned. One of the kids still did not have a proper mask, so Epcot guards still would not let the family in, according to authorities.

That’s when the father–Toro—allegedly started throwing a fit. He began cursing, according to this account.

“Call the police,” he allegedly said. “They will have to shoot me to leave.”

One of the guards reached for a phone, but Toro struck him in the head with an open head, according to the arrest report. Toro’s wife got between them and pushed Toro away, however. That allegedly didn’t stop the defendant from cursing at the guard, claiming to know where he lived, and saying he was going to kill him.

Three other witnesses attested to seeing Toro strike the guard across the head, officials said.

The defendant is charged with battery. Records do not name an attorney of record.

“We expect guests to treat our cast members with courtesy and respect, and while the vast majority of guests have adapted to our new measures, this unfortunate case required law enforcement,” Disney spokeswoman Andrea Finger said in a statement obtained by The Associated Press.