Lawsuit: Teacher Was Fired from Catholic School Because She Was Pregnant and Unmarried 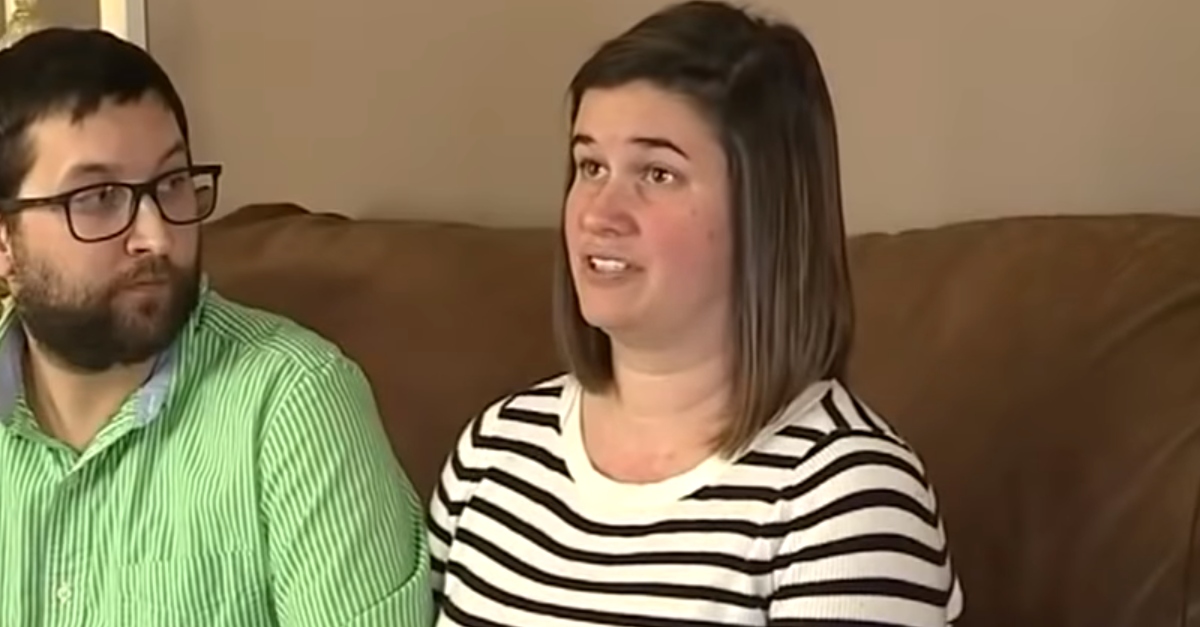 A couple months ago, we wrote about Naiad Reich. This Pennsylvania teacher said she was fired from a Catholic school for being pregnant and unmarried. At the time, it was unclear if she’d lawyer up. Well, we now have an answer. Reich sued over her termination on Friday, and the complaint contains new details about how she was allegedly let go from the school.

Reich, an English teacher at Our Lady of Lourdes Regional School, was fired Nov. 30, according to the lawsuit obtained by PennLive. She told Sister Mary Anne Bednar, the principal, about the pregnancy three days before, said the complaint.

Bednar allegedly made clear that the pregnancy was a “huge problem” because Reich was not married to boyfriend Matt Graboski. Reich said she told the principal she had plans to marry but not before the baby’s June due date. According to the lawsuit, she refused to resign.

“All employees are bound to exhibit respect for the teachings and discipline of the church in regard to matters of faith and morals,” said the alleged updated termination letter from the school.

The teacher appealed, but the Bishop Ronald W. Gainer upheld her termination, though he also ordered for her to health insurance to stay available through July 31, and that she get paid under her contract.

Bednar, Gainer, and the Diocese of Harrisburg were named as defendants. Diocese Executive Director for Public Relations Rachel Bryson told Law&Crime that they haven’t received court documents yet, and cannot comment on the lawsuit until then.

In her complaint, Reich said the defendants violated policy by failing to consult with the board of education. She also alleged that officials didn’t give her written notices, and the termination letter did not claim “serious or public immorality” for firing her.

“We all know there has been an injustice and mistake,” school board member Tony Varano told PennLive in December. He said Bednar didn’t consult them, and that all but five members of the 16-person board told him they want Reich reinstated.

“The Diocese of Harrisburg is unable to comment on personnel matters,” Bryson told WNEP in a December report. “However, as outlined in our policies, every professional employee agrees to follow the teachings, doctrine and laws of the Catholic Church as part of the hiring process.”

Policy labels “immorality” as a reason to fire personnel, but does not clarify if this covers being an unmarried parent.

In her complaint, Reich said that her contract never defined the term “immorality.” She also seeks a preliminary injunction, so she can immediately come back to the school.