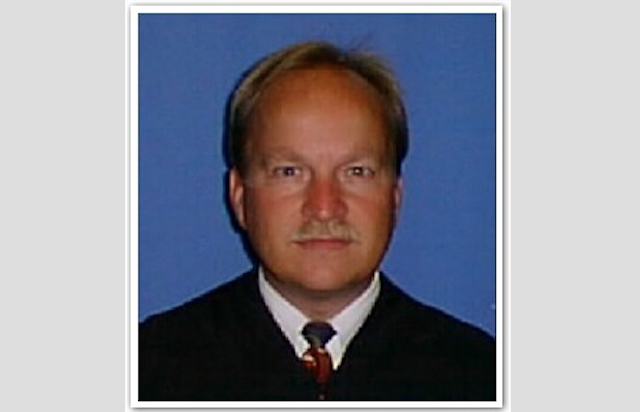 A judge in Tennessee has been sanctioned after offering decreased sentences to inmates who volunteer to undergo sterilization. According to The Tennessean, White County judge Sam Benningfield received a formal letter of reprimand from the Tennessee Board of Judicial Conduct, the state’s top judicial ethics watchdog and governing body.

In that November 15 letter, the commission wrote, in part:

You have acknowledged that even though [sic] your were trying to accomplish a worthy goal in preventing the birth of substance addicted babies by the entry of your order of May 15, 2017, you now realize that this order could unduly coerce inmates into undergoing a surgical procedure which would cause at least a temporary sterilization, and it was therefore improper.

Benningfield initially issued the order announcing the practice in May of this year. A harsh spate of public criticism convinced the judge to rescind his own order just two months later.

According to the initial order authorizing the sentence reduction-for-sterilization regime, female inmates who received some form of IUD and male inmates who subjected themselves to vasectomies were to be given 30-day jail credits.

A federal lawsuit was filed in August of this year accusing Benningfield and White County Sheriff Oddie Shoupe of attempting to instigate a “modern day eugenics scheme.”

Mario Williams, who is an attorney in that lawsuit, filed a separate federal lawsuit against Benningfield and Shoupe in October. According to that second lawsuit:

Shoupe, wishing to reach his Eugenics goal, chose to offer the one thing that means the most to a human being who is incarcerated behind bars: Freedom. Offering freedom in exchange for a vasectomy is not only unnecessary—if the goal is to obtain true voluntary consent—it is also unconstitutional.

The reprimand was issued against Benningfield after a formal complaint was filed by Alex Friedmann, a former inmate and presently the associate director of the Human Rights Defense Center.