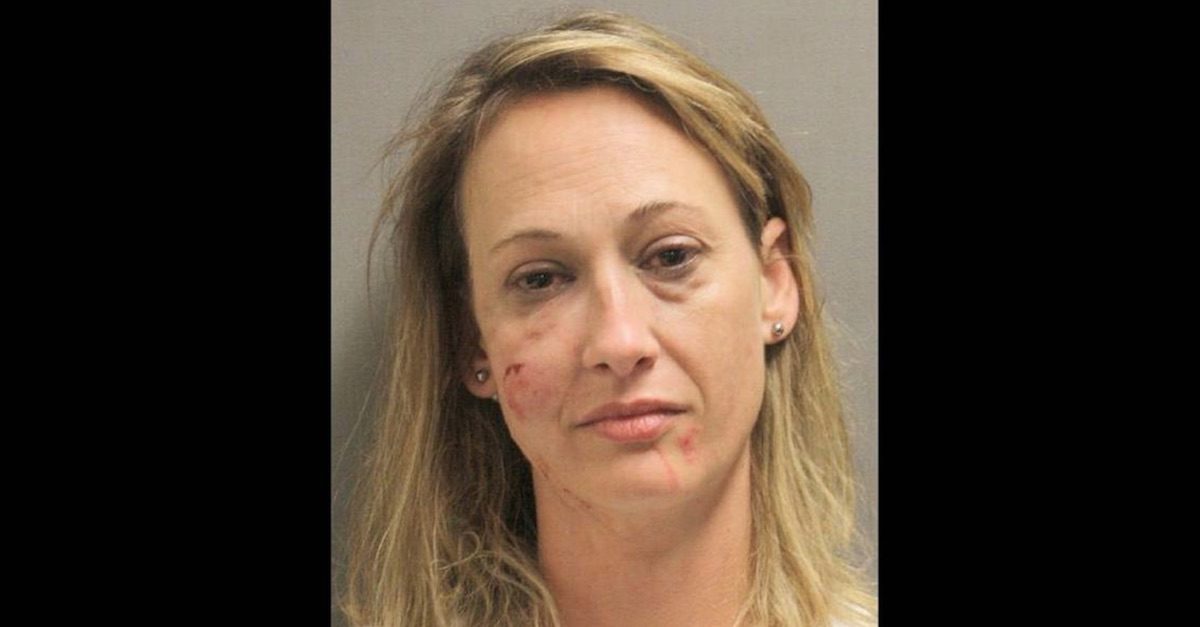 Doesn’t it just warm your heart knowing that a person who’s been accused of biting off a woman’s nose and swallowing it because of a dispute over beer and cigarettes is already back on the streets?

Jessica Collins, 41, allegedly committed the horrific act against a Texas woman identified only as “Tatiana” because Tatiana would not give her beer and cigarettes after a night at the bar, ABC 13 reported.

The story goes that Collins responded to this rejection and being told to leave the premises by maiming Tatiana. Bear in mind that she was “temporarily” staying with Tatiana’s next-door neighbor, who was also with them Wednesday for their night out. Collins was charged with assault-bodily injury and is already out on bond.

Tatiana said one of the only things she remembers from the incident was the “taste of blood in [her] mouth.”

"I was screaming, I don't have a nose". A 41 year old woman is accused of biting off a piece of an acquaintance's nose and swallowing it. The victim is afraid to leave her bedroom now, requires expensive, urgent plastic surgery. The story today on Live at Five #abc13eyewitness pic.twitter.com/8qNH3LYT4O

A self-identified friend of Tatiana’s has created a GoFundMe account to help pay for an expensive nose surgery since the victim does not have insurance.

According to the GoFundMe, Tatiana needs to get plastic surgery within the next two weeks or else recovery would become even more complicated.

My friend was attacked by a mentally unstable person last week, when me friend asked her to leave her property, instead of leaving, the lady lunged at my friend, biting off her nose and swallowing it.

Because of the missing piece was never recovered, my friend now needs reconstructive plastic surgery. But if she doesn’t have it within 2 weeks, the wound would start to heal and the surgery would be more complicated (according to the doctor).

Unfortunately, my friend doesn’t have medical insurance and the doctor is requesting payment upfront. The surgery costs $12,000, but there isn’t a price for the emotional and bodily damage my friend is enduring.

Any help you can provide is greatly appreciated.