Inmate Posted Selfies to Facebook While Still in Jail Van 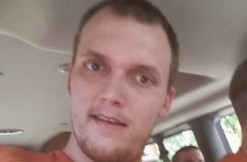 An inmate took posted some selfies to social media, and authorities are wondering how.

Shane Holbook faces charges of robbery and malicious wounding in West Virginia after he allegedly shot a man in February, WSAZ reports. Cut to Monday, when he appeared in court, and the judge turned down his request for home confinement. In fact, the judge set a $200,000 cash-only bond, and called him a threat to the public.

“It was unfair,” Holbrook told WSAZ. “I guess the state has their reasons for what they do. It is almost election year, too. So I guess they’re trying to be tough on crime.”

Holbrook said the hearing shook him, and he decided he wanted to contact worried family members, tell them everything was a-okay. Not through the jail phone, though. Through social media. During his van ride back to Western Regional Jail, Holbrook posted three selfies to Facebook while wearing jail orange. Pictures included some of the other inmates.

He was also vague when asked about how and when he got the “cell phone.”

In a statement obtained by WSAZ, Lawrence Messina, a spokesman for the West Virginia Department of Military Affairs and Public Safety, said that the West Virginia Regional Jail and Correctional Facility Authority requires pat-downs of all inmates, and has a zero tolerance policy against contraband.

Messina said the “device” was confiscated before inmates went back to jail, and the incident is still under investigation.

Holbrook said, “They [authorities] never found the phone on me.” This, despite getting strip searched on return to jail.

He voiced some regret for possibly getting a jail employee in trouble, though. “I regret that somebody may get in trouble,” Holbrook said. “I know there’s people with jobs and families to feed and if this falls on someone and they lose their job because of this, I’m a feel like a piece of crap for a while. But at the same time, I’m a kid at daycare. And just because I drank the bleach, doesn’t mean it wasn’t my fault.”