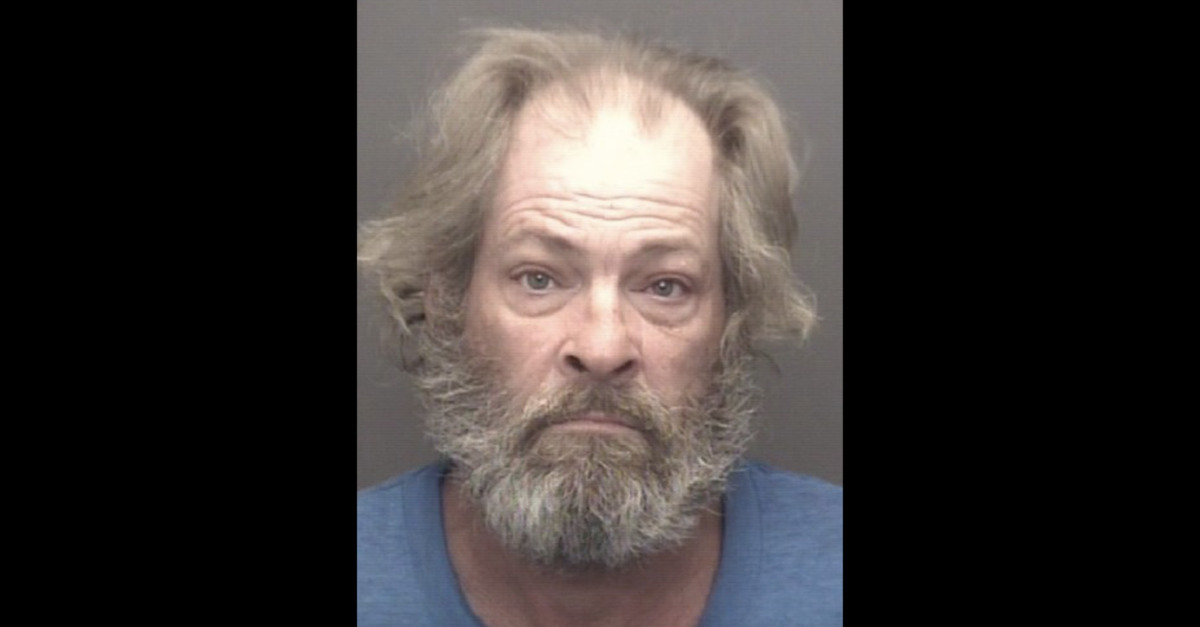 An Indiana man was arrested last week after repeatedly dialing 911 dispatchers just to complain about his lack of energy and issues with his family.

George Schroeder, 61, stands accused of making prohibited 911 calls, according to a police report obtained by Law&Crime.

“Officers were dispatched to the address above for a general complaint,” the document notes–identifying an address in Evansville, Ind., the third-largest city in the state. “Officers were advised that the male caller kept calling in stating he was tired. Dispatch informed officers that he called 911 four times this evening. Officers placed the offender into custody for misuse of the 911 system.”

That arrest, however, wasn’t the first time Schroeder has been accused of unlawfully venting by way of the emergency call system.

The same address–and a substantially similar modus operandi–is identified in another police report from Sept. 11.

Vanderburgh County Sheriff’s deputies arrived, in each instance, at Schroeder’s home in the late morning hours.

The Vanderburgh County legal system works relatively quickly and Schroeder’s second arrest on those verboten calling charges came just one day after he appeared for sentencing on the Sept. 11 charges, according to Newsweek.

The judge overseeing the first case sentenced the Hoosier State man to six months in jail for misuse of the emergency calling system but suspended his sentence “on the condition the defendant does not call 911 unless it is an emergency,” court documents obtained by the outlet note. The very next day, that agreement went south.

According to The Smoking Gun, Schroeder pleaded guilty to the same suite of charges for the second time this month last Wednesday. This time, he was sentenced to 60 days in the Vanderburgh County jail for the relatively minor violation. The defendant’s exhaustion and the court’s lenience intact, Schroeder’s first six-month sentence was shortened to 60 days and the judge allowed for both sentences to run concurrently with one another, the outlet reports.

Misuse of emergency calling systems can prevent genuine emergencies from being dealt with in a timely manner, according to a 2002 study cited by Newsweek.

While Schroeder is only serving time for misdemeanor offenses, violations of such laws are occasionally considered serious crimes.

As Law&Crime previously reported, 25-year-old New Orleans 911 dispatcher Precious Stephens was wanted by police in the Big Easy for malfeasance in office and interfering with an emergency communication after she allegedly disconnected several calls over the course of multiple days without gathering the requisite information or relaying the callers’ needs to other dispatchers or authorities.

“Working as a 911 operator with the Orleans Parish Communications District at the time, she is wanted for allegedly disconnecting 911 calls deliberately without obtaining necessary emergency information or relaying such emergencies to the other dispatchers for aid,” the New Orleans Police Department said in late August. It does not appear that an arrest has been made in that case.