‘I’m Sure Everyone Has Used it’: Maryland Dem Apologizes for ‘N—– District’ Slur 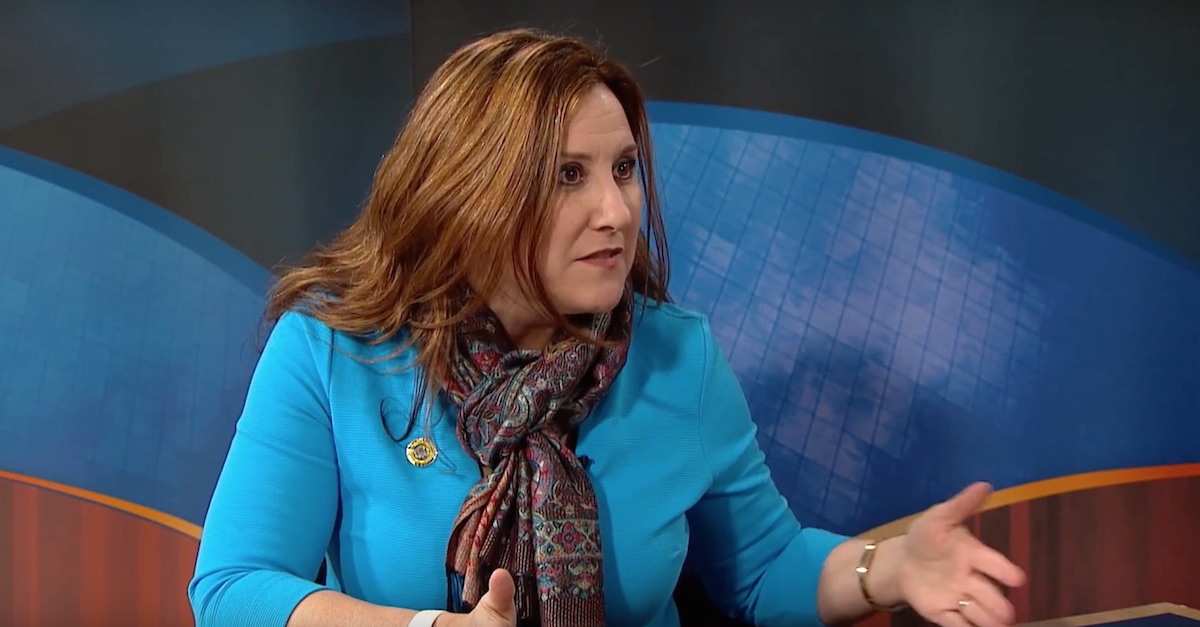 A Democratic delegate from Harford County, Maryland, responded to accusations that she used the slur “n—– district” during a night out at a cigar bar with colleagues by apologizing, saying she doesn’t remember much from that night. This came after she had already admitted that she was “sure” she has used the racial slur before, just like she was sure everyone else has.

The Washington Post reported that Del. Mary Ann Lisanti (D) told them earlier this month, when confronted with the allegations, that she didn’t “recall much of that evening.” When asked about the slur, she said, “I’m sure I have [used it]  . . . I’m sure everyone has used it. I’ve used the f-word. I used the Lord’s name in vain.”

What Barnes said next was reminiscent of the recent events involving Democratic Virginia Gov. Ralph Northam‘s blackface scandal. Barnes said that Lisanti “hoped to repent from this.”

The difference between the two incidents seems pretty clear-cut, however. One involved a yearbook photo from decades ago, the other involves slurs uttered as recently as January 2019 among colleagues. Another difference is that, unlike in the Northam case, it does not appear that local lawmakers are calling on Lisanti to resign.

Fellow Democrats referred to her words as “disheartening and frustrating,” or “disturbing and offensive.” Prince George’s County Del. Jay Walker (D), who is black, was reportedly at the cigar bar when Lisanti allegedly used a slur directed at his constituents. Even he said that this was “something I had to handle inside the locker room.”

Lisanti has not yet commented further.