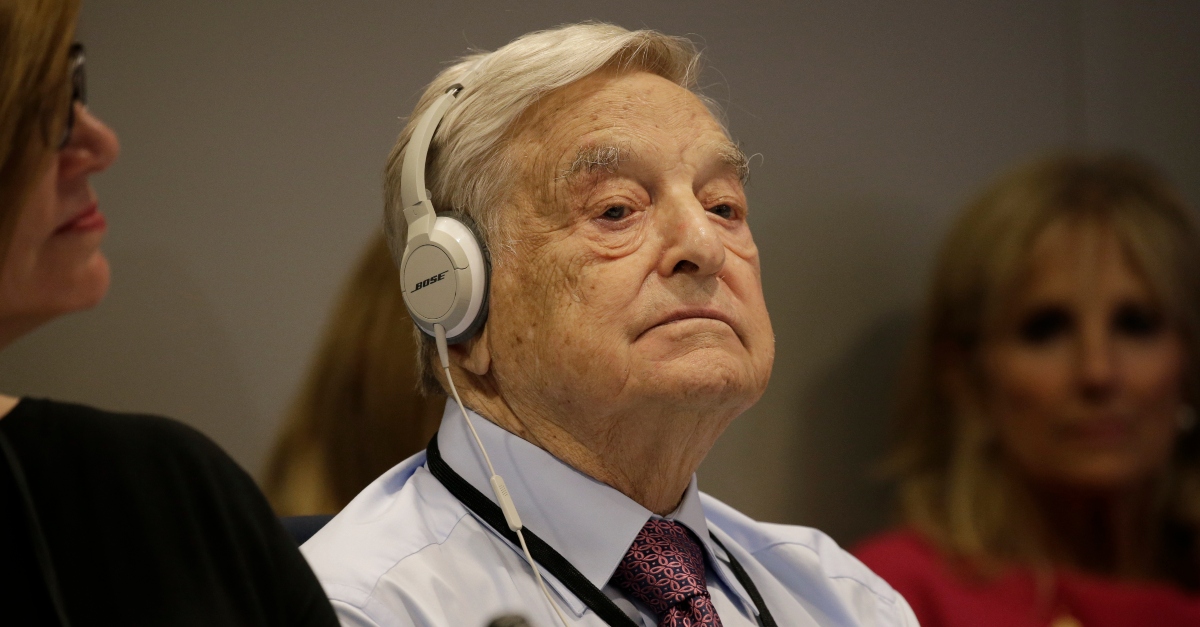 George Soros at the United Nations building in New York, New York in 2016.

Who here loves stupid puns? You’ll be excited to learn about “Conrad Ann Teefa.” A fake check attributed to George Soros, a liberal philanthropist, recently went viral. It purportedly featured a $5,000 check addressed to a man whose name is a pun on “Antifa,” or anti-fascist.

Found this on Facebook. This is what these rioters are getting paid daily. No wonder pic.twitter.com/SxMJ0evWz5

The fake check surfaced when a Twitter user responded to a tweet from Fox News host Laura Ingraham, who wondered about who paid for a U-Haul seen in Louisville, Kentucky and used by protesters of the shooting death of Breonna Taylor.

“Found this on Facebook,” said user @Golfergirl64Jg. “This is what these rioters are getting paid daily. No wonder.”

Other Twitter users, verified and not, latched onto the post about the fake check. Some responded in straight-laced tones. Some voiced frustration. Others responses were full of snark and derision.

But now, Jane in Pennsylvania thinks it’s a real and devastating piece of evidence. https://t.co/JGMFGDC4uh

Oh no, they found the secret checks. https://t.co/umtGgOd4im

“It takes a particularly special kind of illiterate white trash to believe a Facebook meme with a check written out to ‘Conrad Ann Teefa’,” said national security lawyer Bradley P. Moss, who is white.

Goofy or not, the fake check taps into anxious responses to long-running protests from the Black Lives Matter movement. Soros, the subject of often explicitly anti-Semitic conspiracy theories, occasionally factors into unsubstantiated stories that he is paying people to riot and cause violence. The tweet, which has more than 1,300 quote tweets to 329 likes as of Friday, also evoked concerns about the influence and reach of misinformation on social media outlets like Facebook.