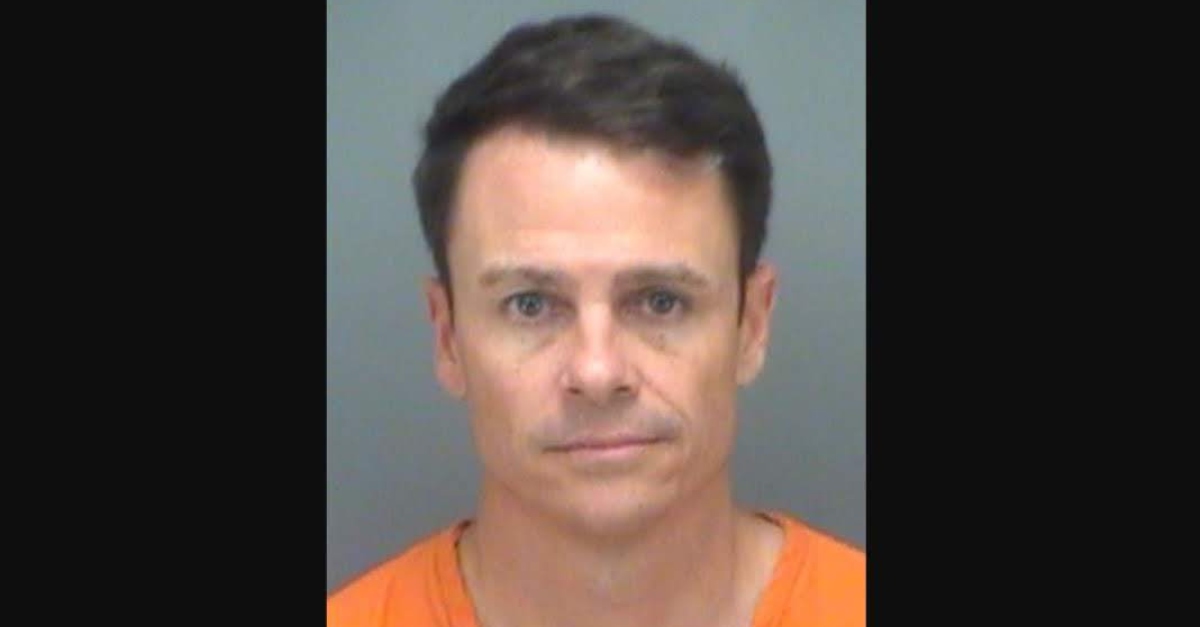 The president of the St. Petersburg Bar Association in Florida was arrested Monday for allegedly assaulting his wife. Gregory J. Hoag, a 41-year-old partner at the law firm Masterson, Hoag & Smith, faces a domestic battery charge.

Cops said the incident happened Saturday, according to The Tampa Bay Times. Hoag and his wife were allegedly arguing, and this escalated. The attorney “began to push the victim and became upset when she told him to stop,” cops said. The man allegedly “grabbed the victim by the neck with his hands causing no visible injuries and not restricting airflow.” She sustained a minor injury to her right arm, cops said. As for Hoag, he allegedly drove from the scene, but police arrested him later.

Pinella County records obtained by Law&Crime show that he is out of jail on his own recognizance. A hearing was held. There was a no contact order put against him, but he’s allowed a one-time visit to the residence in the presence of law enforcement, so he can pick up his personal items. The no contact order includes three children. (An online biography from his law firm only mentions a son.)

Hoag declined to comment in an email to Law&Crime. His law firm also declined to speak about this. The bar association website shows that the defendant was admitted in 2003. He received his J.D. from the Stetson University College of Law, and bachelor’s from the University of Central Florida. As an attorney, he focused on medical malpractice, and wrongful death cases.