Son, 34, Allegedly Pressed Gun Tightly to Head of Millionaire Father Before Shooting Him 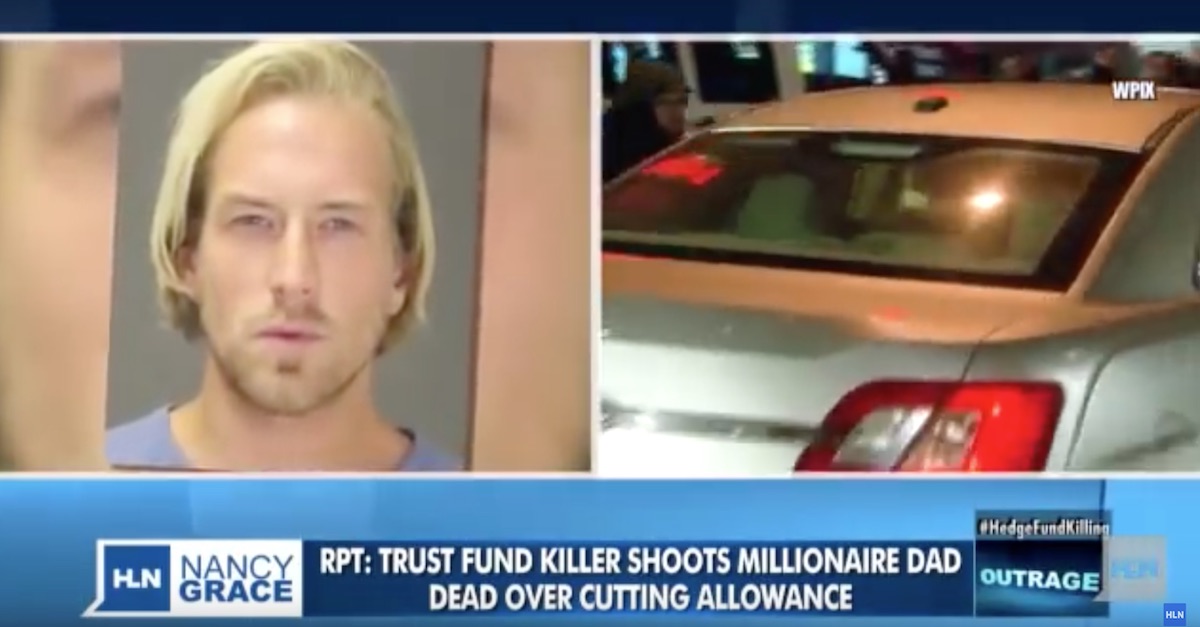 The 34-year-old man accused of murdering his hedge fund millionaire father after his allowance was lowered by $100 per week allegedly pressed the gun “tightly to the victim’s head when it was fired.”

Thomas “Tommy” Gilbert Jr. is accused of killing of Thomas Gilbert Sr. on Jan. 4, 2015. Gilbert Jr. allegedly shot his father in the head with Glock .40, resulting in “blood and pieces of brain matter oozing out into a puddle next to his head.”

The gruesome details add on to what is already a jaw-dropping storyline. Gilbert Jr.’s allowance was cut from $400 to $300 per week and yet that was all it took to sent him into a murderous rage, authorities allege. Among the remarkable details of the case are that the Princeton-educated Gilbert Jr. allegedly searched websites Hireakiller.com and hitman.com. On the day of the killing, Gilbert Jr. allegedly asked his mom to get him a sandwich; while she was out he allegedly shot his father in the head and tried to make it look like a suicide.

Gilbert Jr. has been remembered by some for his awkward silence, the ability to attract women initially and then repel them, and for being “a little bit off.” One person remarked that it seemed he was “on a mood leveler.”

According to the New York Post, the defendant’s defense lawyer claimed that Gilbert Jr. had been diagnosed with schizophrenia and bipolar disorder. The attorney claimed that the killing wasn’t about the money, but rather it was the culmination of long-existing mental illness.

Gilbert’s changed appearance has already been noted in the tabloids.

The sad decline of Thomas Gilbert Jr who is seen in shocking photos for the first time in four years after the murder of his father https://t.co/ZwCMGzfdcr pic.twitter.com/6Ldzf5P4BX