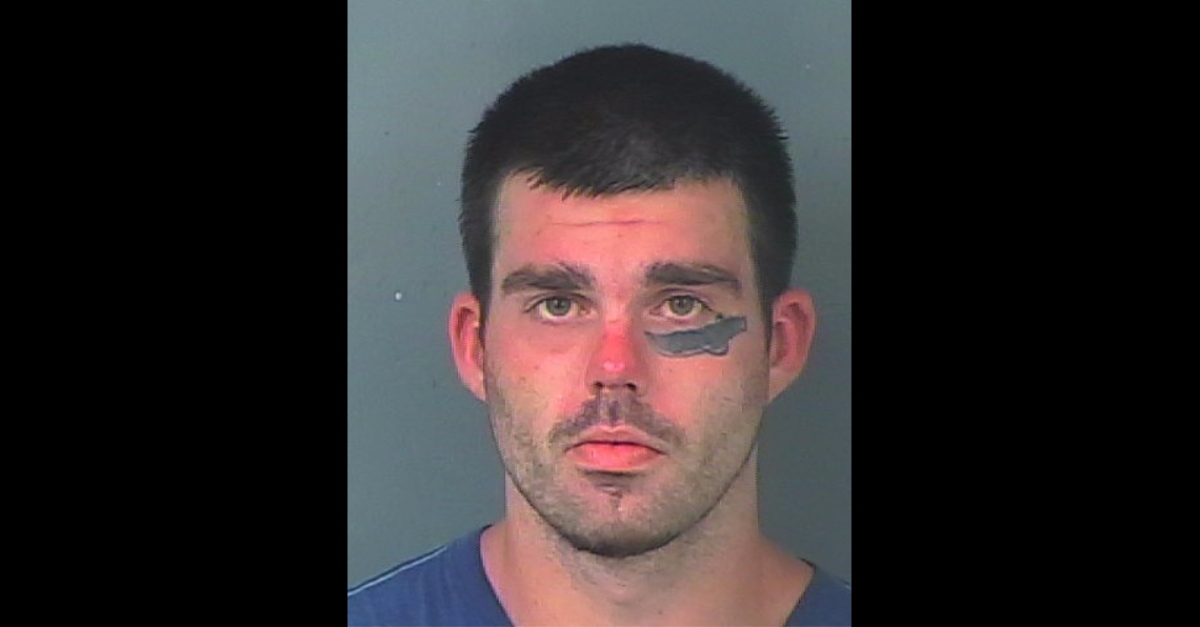 A man in Florida is accused of a machete attack. Incidentally, suspect Justin Couch, 25, has a big ol’ face tattoo of a knife/machete/cutlass of some sort under his left eye. The last time we checked, this was still America, and a person’s choice of ink wasn’t a crime. On the other hand, attacking someone with an edged weapon is, in fact, illegal.

Deputies in Hernando County said they got a report of a battery on Monday. The victim–an adult man–told them the incident in question happened Saturday. In this account, he returned to the residence for a show, but there were several people there for a “gathering.”

Well, guess who was allegedly there: Couch. In the claim, the suspect started arguing with the victim for “for no reason,” and the victim asked to talk about this outside, so they wouldn’t do this in front of everyone.

Ostensibly, the adult man’s intention was to talk it out, but that’s not what Couch allegedly wanted. The suspect pulled out a machete, according to this story. The victim told him to leave, and Couch agreed to do so if he could get his wallet and cellphone from inside the residence. The victim said no.

If you thought things escalated before, you had another thing coming. Couch allegedly struck the victim in the arm and leg with what the man thought to be the flat part of the blade.

The victim told deputies he made his way to 494 Stillwater Avenue in Spring Hill because he knew Couch would be at that location. When the victim and Couch met up at this location, Couch transported the victim to an unknown friend’s house.

This friend took the victim to the hospital, deputies said. The man currently can’t use or move his left hand because the attack, authorities said.

According to investigators, one of the people who lived at the site of the home claimed to see the attack. Another resident said he didn’t witness or see it, but he did take the victim to the hospital.

Couch was arrested Tuesday on a count of aggravated battery, and held on $10,000 bond. It’s unclear if he has an attorney in this matter.