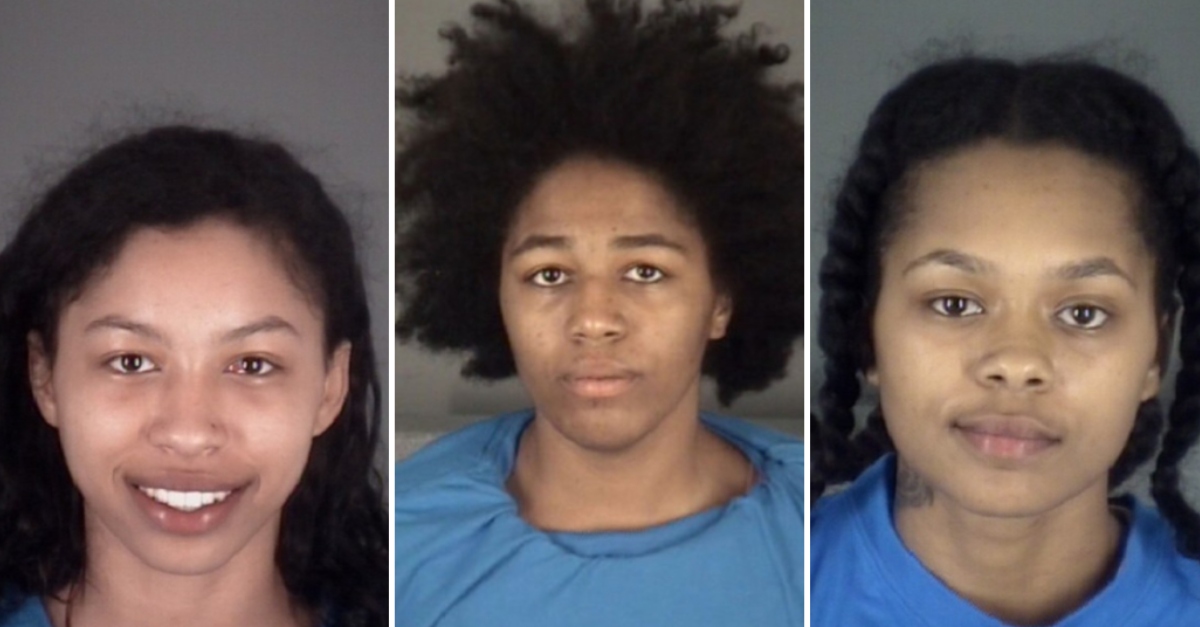 Florida has developed a reputation for being crazy crime central. We guarantee this story changes nothing about that.

Three women were found “air drying” nude at a rest stop in Pasco County, Florida Highway Patrol (FHP) told WTSP. Authorities said that things really got really out of hand from there. One of women allegedly tried hitting a trooper with her car, while another swung a metal bat. Jeniyah Mcleod, 19, Oasis Mcleod, 18, and Cecilia Young, 19, were all arrested Wednesday after a chase, authorities said.

As indicated in a dispatch call, a trooper said that three women were allegedly spotted naked and applying suntan lotion. The trio allegedly said they were “air drying.”

Cue the chase scene. The women allegedly sped off in a white 2009 Nissan Sentra. A trooper followed, but ceased pursuit because the situation didn’t fit their standard for chases. Another trooper, however, continued the pursuit after a bystander complained about a reckless driver.

Authorities tracked the car to a convenience store, where a trooper attempted arresting one of the women. Another allegedly one drove at him, while the third pulled out a metal baseball bat.

According to highway patrol, another trooper rammed their vehicle. This did not actually end the chase. The trio is said to have sped off again. Cops said they managed to apprehend them after deflating the vehicle’s tire with stop sticks, and performing a PIT maneuver. The women allegedly did not go quietly, however. FHP said defendants resisted arrest by linking arms.

Oasis Mcleod’s attorney of record did not return a Law&Crime request for comment. Records do not name lawyers for Jeniyah Mcleod or Cecilia Young. All of them have been charged with fleeing to elude, resisting arrest, aggravated assault and lewd behavior.