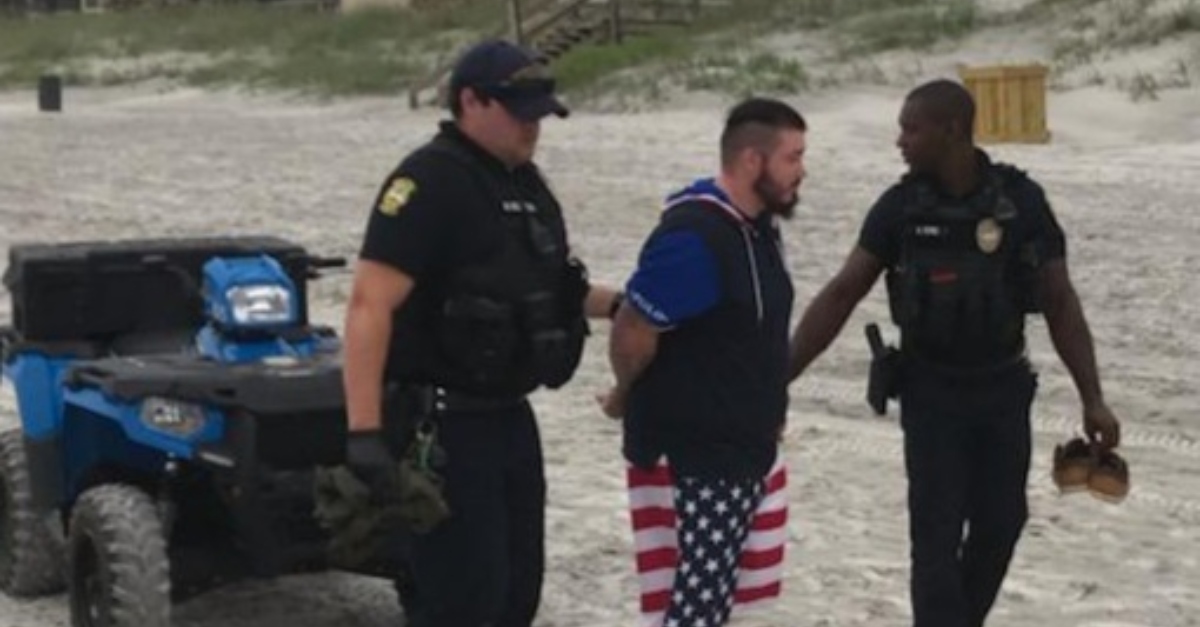 This morning while officers patrolled the beach proper they captured a Fugitive from Justice, wanted in Arnold, Pennsylvania for Homicide. Good job! pic.twitter.com/JKRmHFTydw

Jacksonville Beach police say they found Gatti while on patrol to make sure people were following COVID-19 rules, according to Action News Jax. This comes shortly after the Florida started reopening beaches under certain conditions, including limited hours and people practicing social distancing. Cops said that the defendant was loitering near dunes.

Gatti was wanted in a January 16, 2020 homicide up in Westmoreland County, Pennsylvania. The victim Michael Cooper, Jr., 33, was found dead in an apartment in the city of Arnold, according to WPXI. The coroner’s officer determined he’d been shot multiple times.

As far as authorities were concerned, there’s not much of a mystery. Officials quickly issued an arrest warrant for Gatti on a charge of criminal homicide, according to Tribune Live. Well, he turned up just over three months later.

It’s unclear if the defendant has an attorney in this matter. Records viewed by Law&Crime show that Gatti is being held at a Duval County jail on a charge of giving false information to a law enforcement officer in a felony or missing person case, and a charge of possession of a new legend drug without a prescription. There’s also the matter of the detainer for the Pennsylvania homicide case.