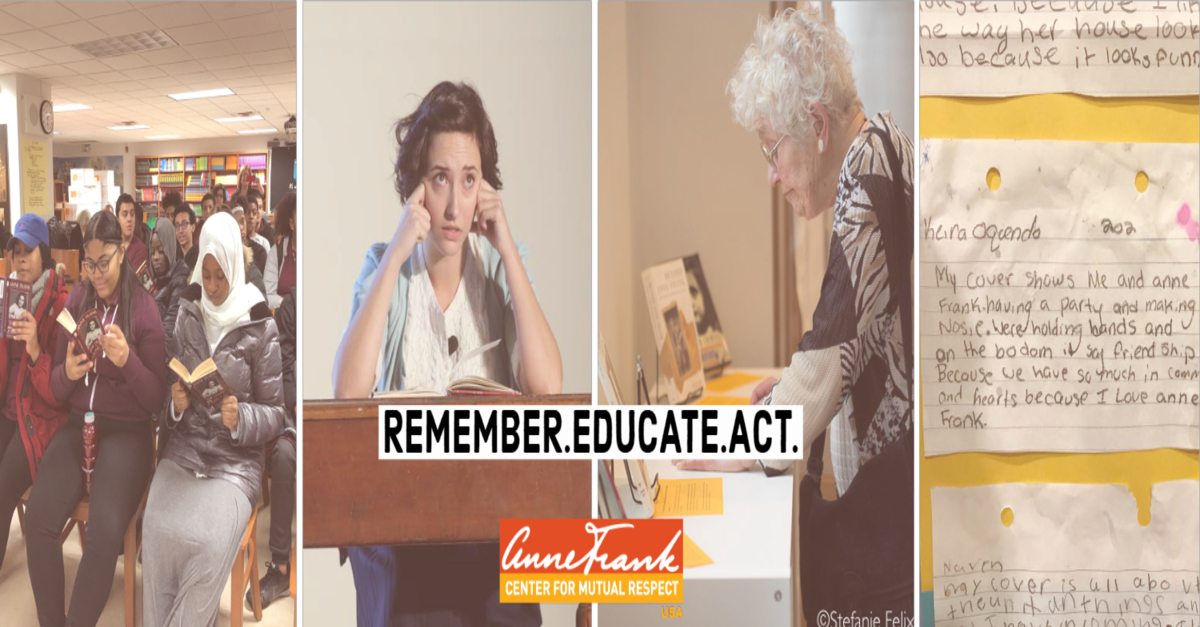 Facebook recently removed a post by the Anne Frank Center for Mutual Respect over an alleged violation of the site’s “community standards.” So far, the tech giant has not answered questions as to why the post was removed.

The post in question promoted the need for Holocaust education. The center called out Facebook for their unexplained censorship in a Twitter update late Wednesday morning:

Hi @Facebook, you removed our post promoting the need for Holocaust Education for apparently violating community standards. You haven’t given us a reason, yet allow Holocaust Denial pages to still exist. Seems a little hypocritical?(the post was the exact same as the tweet below) https://t.co/H4bYTdEQp3

These numbers are alarming, but this is why we do what we do. Currently only 10 states mandate Holocaust and Genocide Education. How do we counter ignorance about the Holocaust with knowledge, compassion, and understanding?

Appended to the August 21 tweet–again, essentially the same post as what Facebook removed–is an article posted on liberal website DailyKos titled, “Americans and the Holocaust. Scary numbers.” Here’s the gist of that linked-to article:

While there were over 40,000 concentration camps and ghettos in Europe during the Holocaust, almost half of Americans (45 percent) cannot name a single one – and this percentage is even higher amongst Millennials

The figures above are provided by The Conference on Jewish Material Claims Against Germany, a longstanding restorative justice organization. There’s also a few sentences bemoaning the state of American education in the original post, but that’s about it.

There’s no hate speech, racism or appeals to violence. The Anne Frank Center is by no means a controversial organization.

Founded in 1959, the non-profit describes its mission as using “the diary and spirit of Anne Frank as unique tools to advance her legacy, to educate young people and communities in the U.S. and Canada about the dangers of intolerance, anti-Semitism, racism and discrimination, and to inspire the next generation to build a world based on mutual respect.”

Our original post was to draw attention to the fact that the Holocaust is woefully undertaught across the USA and that ignorance on what happened is a direct result of this. We have been working with numerous state representatives across the nation to mandate K-12 Holocaust education through our 50-State Genocide Education project. While Facebook removes the AFC’s post promoting the need to educate on the past, it continues to allow pages and posts that directly deny the reality of the deaths of more than six million people.

Devitt wondered why there has not been a crackdown on pages promoting Holocaust denial.

“Holocaust denial dehumanizes people. It makes thousands feel unsafe. It violates the very standards Facebook lays out for it users. Yet these hate-filled propaganda pages remain,” Devitt said. “We have written to Facebook previously offering to work with them to tackle the spread of Holocaust denial and hate on its platform and to promote education. They have remained silent. If Facebook is serious about its community standards it should start tackling Holocaust denial and not the organizations who are trying to educate people on discrimination, facts, and history.”

Law&Crime also reached out to Facebook for comment on this story but no response was forthcoming at the time of publication.