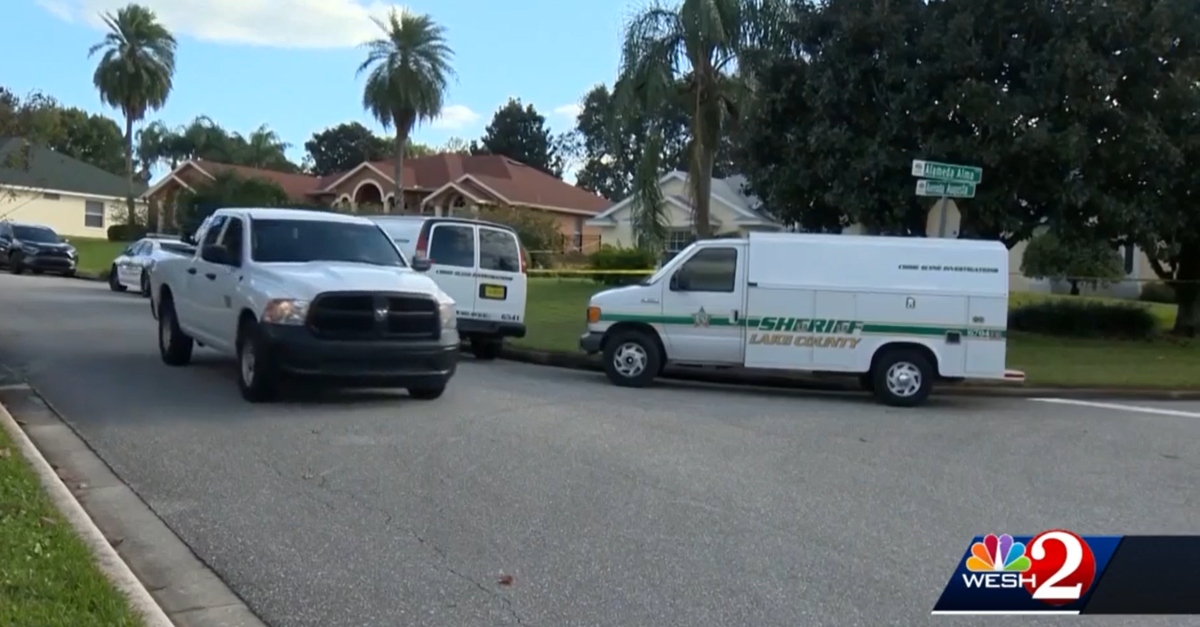 Deputies in Lake County, Florida made a tragic discovery on Tuesday. Three bodies were discovered in a home at the Crescent Lake subdivision of the city of Clermont. They said it was an apparent murder-suicide, according to Click Orlando.

Citing the preliminary investigation, Lake County sheriff’s Lt. John Herrell told the outlet that they think a woman shot her husband and their special needs son. She then took her own life. He said there were documents showing this was planned.

“It is very sad,” Herrell said. “Yeah, it’s one of those cases that I just hate to see. It’s heartbreaking and we wish there could have been a better way around whatever the family was dealing with but yeah, very tragic, very sad especially this time of year, no doubt.”

The couple were reportedly in their 70s. The son was in his 50s. The husband is said to have returned from the hospital three weeks ago. Herrell said he was not sure what health problems the man had, but added, the husband “apparently had some significant health issues.”

Investigators were in the dark on when the family died. Neighbors said they had not seen them in recent time. The incident was discovered after a pool service employee reported smelling a bad odor from the residence.

“They’ve walked through the neighborhood for years,” neighbor Jeff Trost told WESH. “We’ve done the cordial thing. We wave. ‘How you doing.’ Things like that. Neighborly. But they’ve been here longer than I have, and no issues. Nice people.”