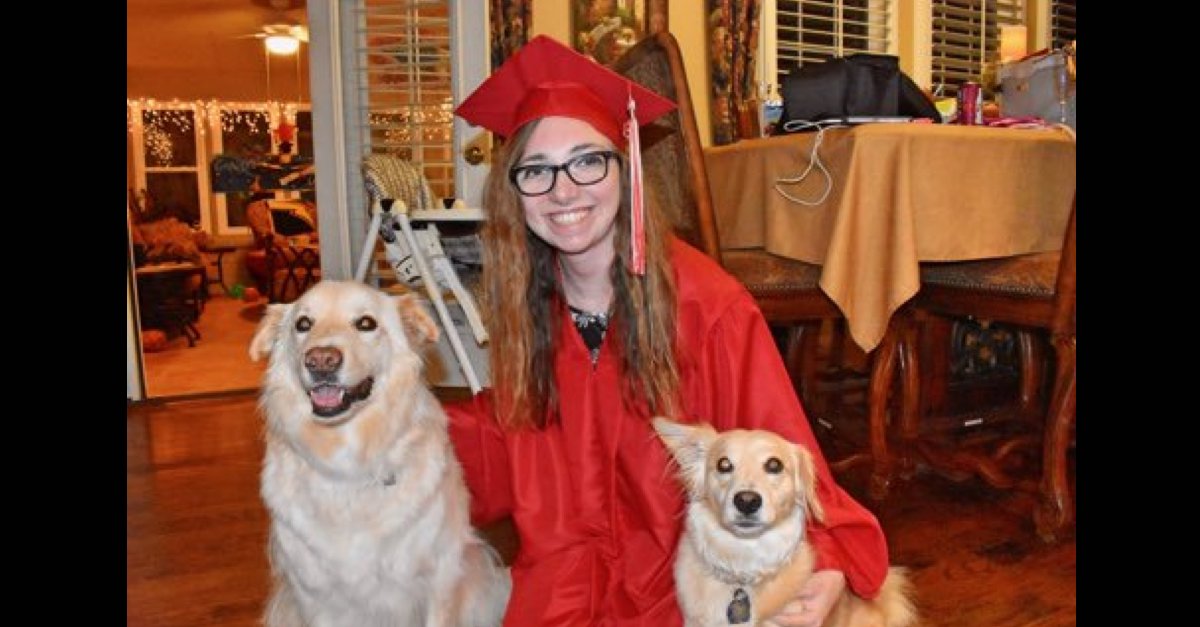 Jacqueline Durand pictured with dogs (not the ones that attacked her).

A college student in Texas who was mauled so severely by a pair of dogs that she has required multiple surgeries has sued the family that owns the dogs, accusing them of failing to warn about the dogs’ “dangerous propensities” and not leaving them in their kennels.

Jacqueline Durand, 22, was attacked on Dec. 23, 2021, by two dogs she had been hired to walk by Ashley Jo Bishop and Justin Avery Bishop. According to the complaint, Durand had barely opened the door to the home when the dogs—Lucy, a German shepherd mix, and Bender, a pit bull—descended on her.

“As soon as Jacqueline opened the front door—without provocation—the Dogs, who the Bishops had left out of their kennels, pushed the door open and brutally attacked Jacqueline.

The Dogs knocked Jacqueline off balance, causing her to fall and drop her cell phone. Then, the Dogs violently attacked her head and face—mauling her catastrophically. The Dogs were so violent and blood thirsty that they pulled all of Jacqueline’s clothes off, including her blue jeans. The Dogs tore off and ate both of Jacqueline’s ears, her nose, her lips, and most of her face below her eyes. In their prolonged attack, the Dogs left puncture wounds over most of her entire body. When she was finally pulled out of the house, Jacqueline was taken immediately to a Level 1 trauma center where she has since undergone multiple surgeries.”

The complaint describes the dogs as being in a “bloodthirsty frenzy” during their attack on Durand, and that the attack “narrowly [missed] her carotid artery.”

Police were called to the scene by a neighbor who the Bishops had called after receiving an alert that their front door was open. According to a police report reviewed by Law&Crime, officers who responded to the scene found a “large amount of dried blood,” pieces of clothing on the floor, and “several clumps of what appeared to [be] human flesh.”

Durand was taken to a Level 1 trauma center, the complaint said.

Brooker said in a Facebook post that Durand is still hospitalized, “having undergone multiple reconstructive surgeries with many more to go.”

According to the complaint, Durand, a college student, was an experienced dog-walker and dog-sitter.

“Jacqueline Durand loves dogs,” the complaint says “She loves dogs so much that she started working as a dog sitter and walker to earn extra money while a full-time student at the University of Texas at Dallas. But Jacqueline never expected that her love of dogs would cost her so much.”

“With Mrs. Bishop present, Jacqueline met the Dogs without incident,” the complaint says. “Other than the ‘Crazy Dogs’ sign hanging on the front door of the Bishop’s House, Mrs. Bishop failed to provide Jacqueline with any warnings concerning the Dogs’ dangerous propensities. However, Mrs. Bishop did note that the family kennels the Dogs when they are not home.”

A sign on the front door of the Bishops’ home had read: “Crazy Dogs. Please Don’t Knock or Ring the Bell. Call or Text Instead. Please leave packages by the door.”

After a legal fight between the Bishops and Durand, a municipal judge ordered the dogs to be euthanized.