Decorated Iraq War Vet Losing Pension Because He Worked for a Marijuana Co. After Retiring from Active Duty 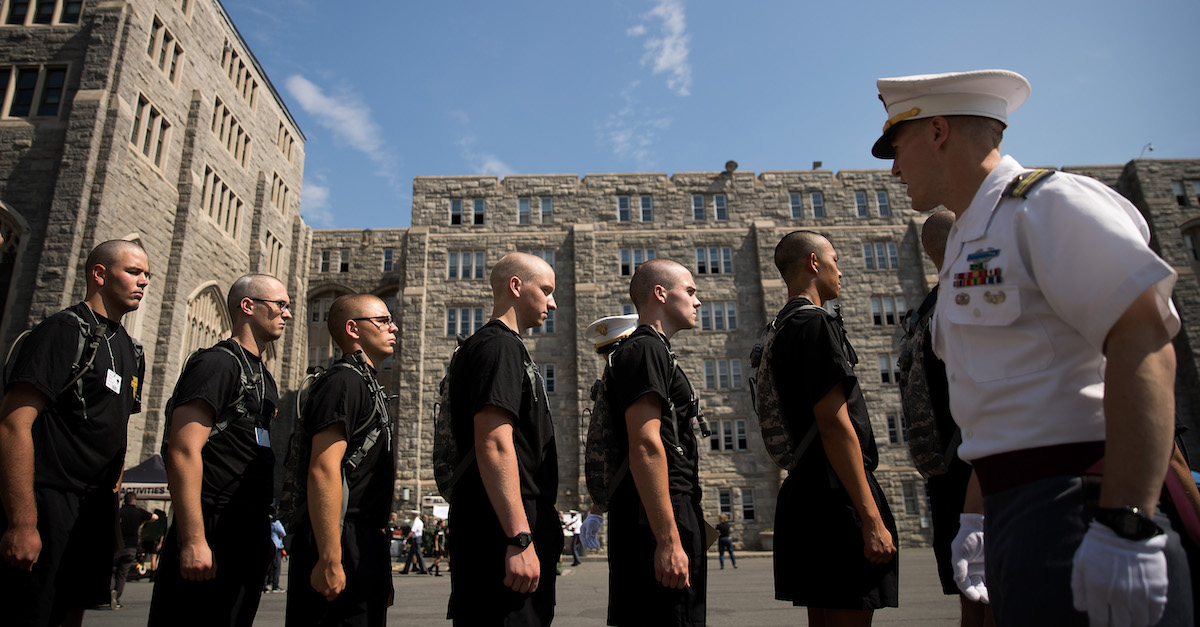 A 36-year-old retired U.S. Army Major who served tours in Iraq and Afghanistan after 9/11 and received four Bronze Stars has lost his pension because he decided to work for a marijuana company after his retirement.

Barron‘s published Tye Reedy‘s story on Tuesday, noting that Reedy, a father of two, served for 11 years in the military. Reedy is losing all of that time towards the 20 years of service pension requirement because the company he decided to work for was deemed “contrary to Army values.”

Reedy works as director of operations services at Acreage Holdings, whose board of advisors includes John Boehner (R-Ohio) and declared Republican presidential candidate William Weld (What about their pensions?). Reedy described the news about his pension as a “gut punch.” He said that although the company is “medically focused” and a “publicly traded company,” the Judge Advocate General’s (JAG) office at West Point nonetheless concluded that Reedy had brought “discredit upon the U.S. Military Academy and the Army” by working at a weed company.

“A military officer working in the cannabis industry runs contrary to Army values,” the Army said. The result? Reedy lost a part-time job as a “military academy liaison officer,” lost the chance at the 20 years of service threshold and lost the credit for his 11 years of active duty.

The tension between federal law and state law appears to be the issue at hand, but Reedy said the Army never asked if he was using or handling weed. The Army said in the story that it wasn’t going to talk specifics about Reedy’s case, but did say that the Army’s position on marijuana is the federal position.

“[D]espite legalization by several states, marijuana remains a Schedule I controlled substance under federal law. The most current DoD and federal guidance states that all federal laws regarding marijuana remain in effect,” the statement reportedly said.

Reedy reiterated that he views marijuana as “medicine.” He has publicly advocated before in the press for change to federal law so that military veterans have an alternative to opioids.

“When you’re in the mountains of Afghanistan with more than 100 pounds on your back fighting an enemy and you have firefights and roadside bombs, that takes a toll on your body and it takes a toll mentally as well,” he told WZTV in Nov. 2018. “Veterans aren’t offered the same opportunity for alternative treatments as a normal American.”