Cops: Woman Tied Up ‘On-Again-Off-Again’ Boyfriend, Shoved Pink Underwear in His Mouth for ‘Being Bad Boy’ 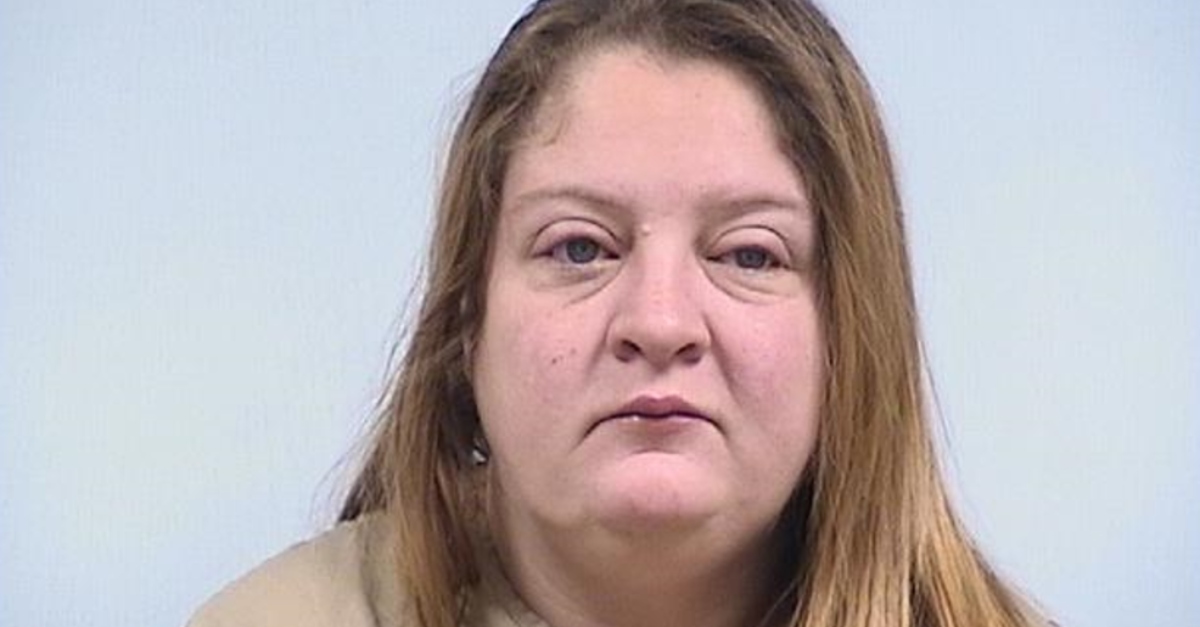 A woman in Elkhart, Indiana was arrested last week after she allegedly tied up an “on-again-off-again” boyfriend so tightly that it took 10 minutes for cops to release him. Angel Marie Vanarman, 40, is charged with domestic battery, domestic battery when the defendant has a prior conviction for any sort of battery, and criminal confinement with bodily injury, according to records obtained by Law&Crime. The man was arrested too, but we’ll get to that in a moment.

Police were called to a motel on Thursday after it was a reported that a man was screaming for help, according to the arrest affidavit. The responding officer wrote that he heard a man softly calling for “help.” He knocked on the door, and Vanarman answered, cops said. She said everything was okay, but the officer asked that she open the door further.

The officer saw the man lying near the window, hands and ankles tied with duct tape, speaker wire, and extension cords, according to the affidavit. The victim allegedly had pink underwear in his mouth. Duct tape covered his eyes, cops said.

Vanarman allegedly said that she tied him up because he was “talking shit.” Asked if he consented to being tied up, the man said “hell no.”

Police reported that it took about 10 minutes to cut him out of this predicament. His hands were wrapped so tightly that they turned purple, cops said. Deep grooves were observed in his wrists.

Cops questioned both of them. Vanarman and the man, described as being in an on-and-off relationship for 10 years, were visibly intoxicated, and respectively tested for a .181 percent and .171 percent alcohol level, the officer said.

Neither side was entirely clear about what happened, cops said. They said Vanarman remained vague about her motive. The man said she put the restraints on him and threatened to kill him with scissors, but didn’t go into detail regarding how she beat him, according to the affidavit. His responses about the incident became vague when told about Vanarman’s arrest, according to the affidavit. Nonetheless, the officer observed that the man’s face was red, featured scratches, and swollen eyes.

The victim also ended up getting arrested as well. According to cops, it turned out that the man, identified as 57-year-old Gerald Sandefur, was convicted in 2010 for a battery and invasion of privacy on Vanarman. There remained an active protection order on him with no expiration date, so cops arrested him too, according to the affidavit. Prosecutors declined on Wednesday to press formal charges, however.

Court records show Vanarman pleaded not guilty on Thursday. Elkhart County Chief Public Defender Peter Todd, whose office represents her, declined to comment. A trial is set for April 1. The defendant remains at the Elkhart County Correctional Complex on $5,000 bond.

Note: Updated with a response from the public defender.