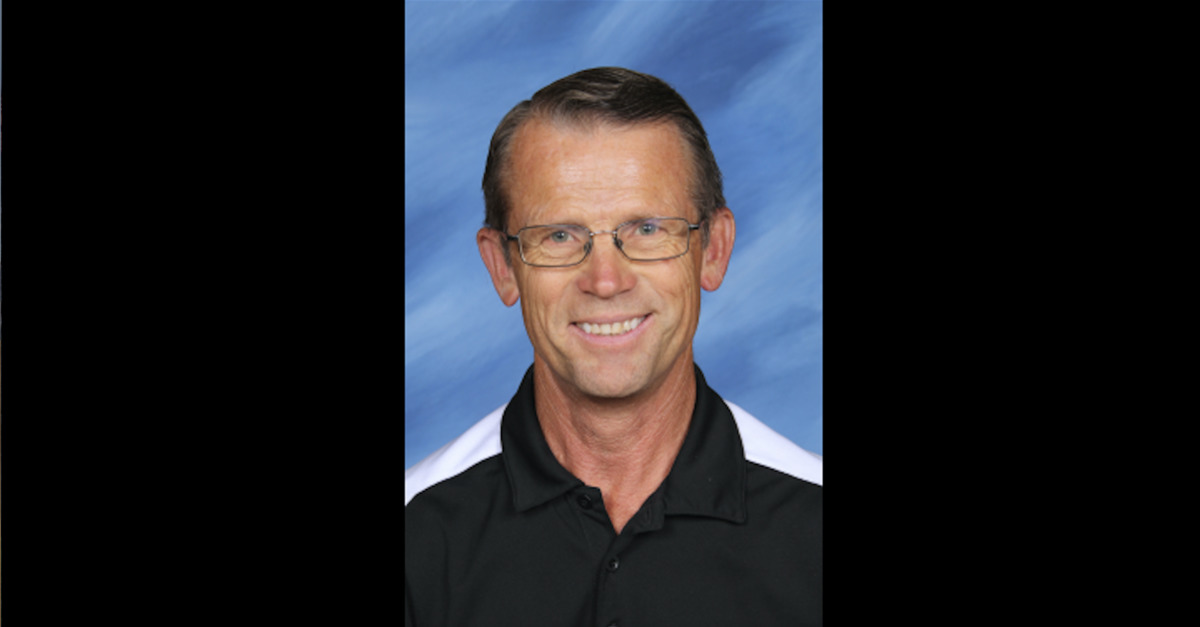 A middle school teacher in Idaho charged with animal cruelty after feeding an unwell puppy to a snapping turtle as students watched was found not guilty by a jury on Friday.

According to East Idaho News, jurors were apparently convinced by testimony from Preston Junior High School science teacher Robert Crosland who said that he felt he was in the right because the puppy was sick and likely to die anyway.

“I would just like to thank all of the support that I’ve received,” Crosland said after the verdict was read. “I’d like to thank this community for staying behind me. It’s really what got me through all of this.”

As Law&Crime previously reported, Crosland was charged with one count of misdemeanor animal cruelty in June over the feeding incident which occurred in March. According to witnesses on the scene, a sick small dog was turned into the turtle’s meal for what Preston said were humane reasons.

Word of the dog becoming turtle food quickly spread across the Gem State as school and law enforcement officials initially declined to comment on the issue, specify what exactly had occurred, or identify the teacher involved in the controversial feeding.

Preston School District was made aware of a regrettable circumstance involving some of the biological specimens at Preston Junior High. The event occurred well after students had been dismissed and was not a part of any school directed program. We emphasize that at no time was the safety of students or staff compromised.

Speculation only increased after that statement was released, however, and eventually the truth came out, prompting People for the Ethical Treatment of Animals to issued a statement calling Crosland, “a bully who should not be allowed near impressionable young people.” Petitions followed and a police investigation commenced.

During trial it was revealed that Crosland had received the ill pup from his son–who had himself received the small dog from a local farmer. Crosland’s son testified that the puppy was cloudy-eyed and that no matter what he or his sister tried, the dog refused to eat. Sensing that the puppy was likely to die regardless, the Crosland children gave the puppy over to their father who was then determined to feed the dog to his python or snapping turtle.

The snake apparently refused to eat the dog, so the puppy was later dropped into the turtle’s tank after school, according to Crosland and several student witnesses. The students also testified that they had no problem with the puppy feeding and were allowed to handle the dog before it was turned into food.

As East Idaho News notes, the puppy briefly attempted to swim before the turtle pulled it underwater and then waited until the small dog was completely motionless to begin feeding. The students said they left after that.

Crosland was eventually charged with the aforementioned count of misdemeanor animal cruelty by Idaho Attorney General Lawrence Wasden. Additionally, Crosland had his snapping turtle euthanized by the state Department of Agriculture because it was allegedly an invasive species for which he did not have a permit.

In July, Crosland pleaded not guilty to the charges which carried a maximum penalty of six months in prison and a $5,000 fine.

A jury in Franklin County, Idaho deliberated for roughly 30 minutes before returning a verdict of not guilty.