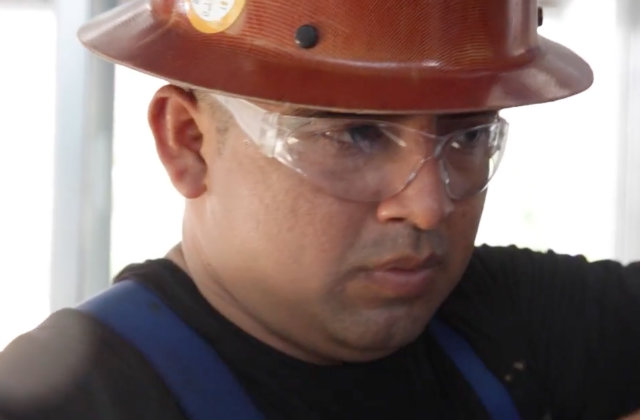 Florida construction companies allegedly have a pattern of hiring undocumented immigrants, then calling authorities on injured employees rather than paying for workers’ compensation. This all got covered in a yearlong investigation by The Naples Daily News.

Case in point: 37-year-old Abednego de la Cruz. He said he sustained a bone-deep cut to his finger on a job building a fire station in Tallahassee. In response, his employer fired him and didn’t pay for medical treatment. De La Cruz tried to take advantage of workers’ compensation, and that led to his former boss calling the cops on him. He now faces deportation.

It’s part of vicious cycle, as laid out in the report. In spite of federal requirements that bosses verify if applicants can legally work, some employers in the Florida construction industry allegedly do not do that. But they will call authorities on undocumented employees who end up filing for an injury claim.

“Do they do that? No, because they don’t want to know,” said Molloy, who represents workers in case. “It’s willful blindness, and they take advantage of it. They use them to work, as cheap labor, but then, if they get hurt, ‘You are done. You get nothing.’”

The Daily News turned up 163 cases since 2006, in which immigrant employees were charged with the felony of providing false identification after they sustained injuries. Their bosses or insurance companies turned them in at least 159 of these cases.

On paper, it’s supposed to be an equal balance of power. Since 2003, state law prohibited the use false identification to get work or workers’ compensation benefits. It also stops bosses from “knowingly” hiring people who “used any false, fraudulent, or misleading oral or written statement as evidence of identity.” But the Daily News only turned up only one prosecution since 2003, in which an employer hired someone using false identification.

Staffing agencies got some extra scrutiny in the Daily News story. At least 80 percent of the injured immigrants from 2013 and 2016 worked for one. SouthEast had the lion’s share, linked to at least 56 of the 163 cases. They and associated businesses allegedly hired undocumented people without checking out their documents, then called authorities instead of paying injured ones.

SouthEast attorney Brian Evans sent the Daily News a statement saying the company followed the law. It “is, and continues to be, respectful of an injured worker’s right to receive workers’ compensation benefits under applicable Florida law,” he wrote. Evans and company owner John Porreca declined an interview. Other insurers and leasing companies linked to the 163 cases didn’t respond, declined to comment, or didn’t not answer certain queries.