Burglar Said He Had COVID-19, Spit at Troopers Who Arrested Him: Authorities 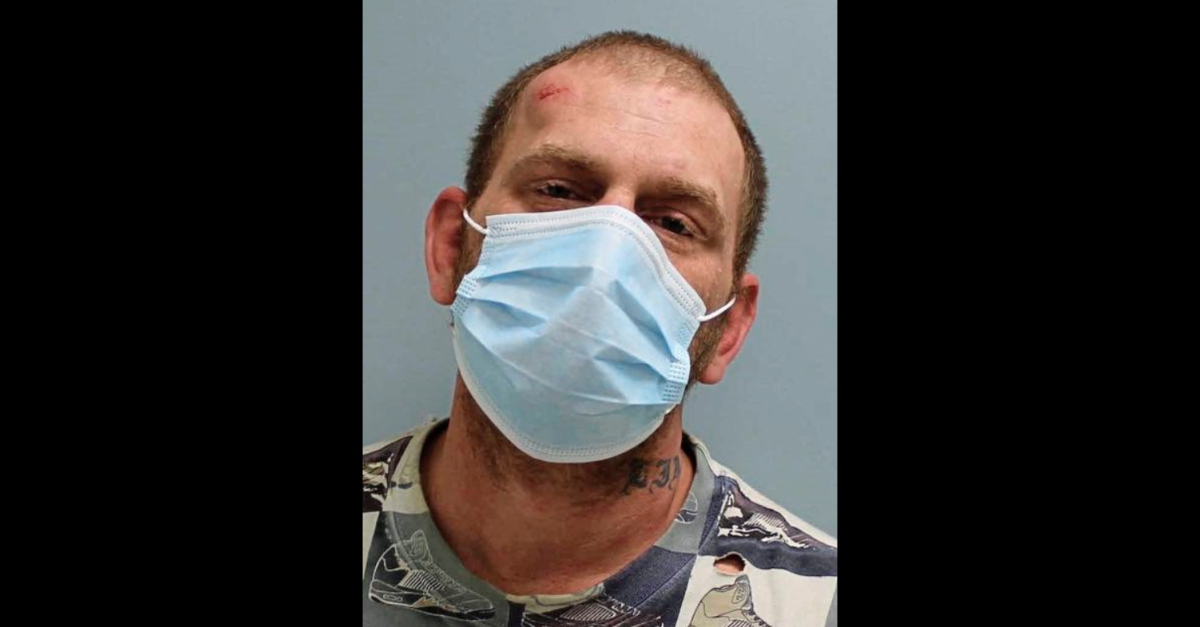 We won’t bother counting all the stories about people allegedly spitting, coughing, or both at or near others on purpose amid the COVID-19 pandemic. Joseph Good Jr. has been arrested in Westmoreland County, Pennsylvania because he allegedly said he had the virus, then spit and coughed at troopers who confronted him about a burglary claim, according to KDKA.

All this started over a complaint that the defendant broke into someone’s home and stole a TV, trooper Stephen Limani said. Authorities went to Good’s home, and he allegedly admitted that yes, he did take it.

“At that point, troopers tried to take him into custody, and Mr. Good was very violent and resisted arrest,” Limani said. “When they were trying to put the leg restraints on him, he was biting, trying to spit at the troopers, coughing, saying he was infected with the COVID virus.”

Troopers said they put a mask on him, according to WPXI. Indeed, that’s what he’s wearing in the mugshot. We’re going to cut to the chase: authorities said Good tested negative for the virus. Nonetheless, they said they’re going to put him in a 14-day quarantine just in case. It’s unclear if he has an attorney in the matter.

Good remains at a Westmoreland County jail as of Wednesday afternoon.

“It puts a burden on the healthcare system, because now we’re taking him down to the hospital to make sure he doesn’t have the virus and make sure he hasn’t possibly infected any of the law enforcement officers he’s been in contact with,” Limani told WTAE.