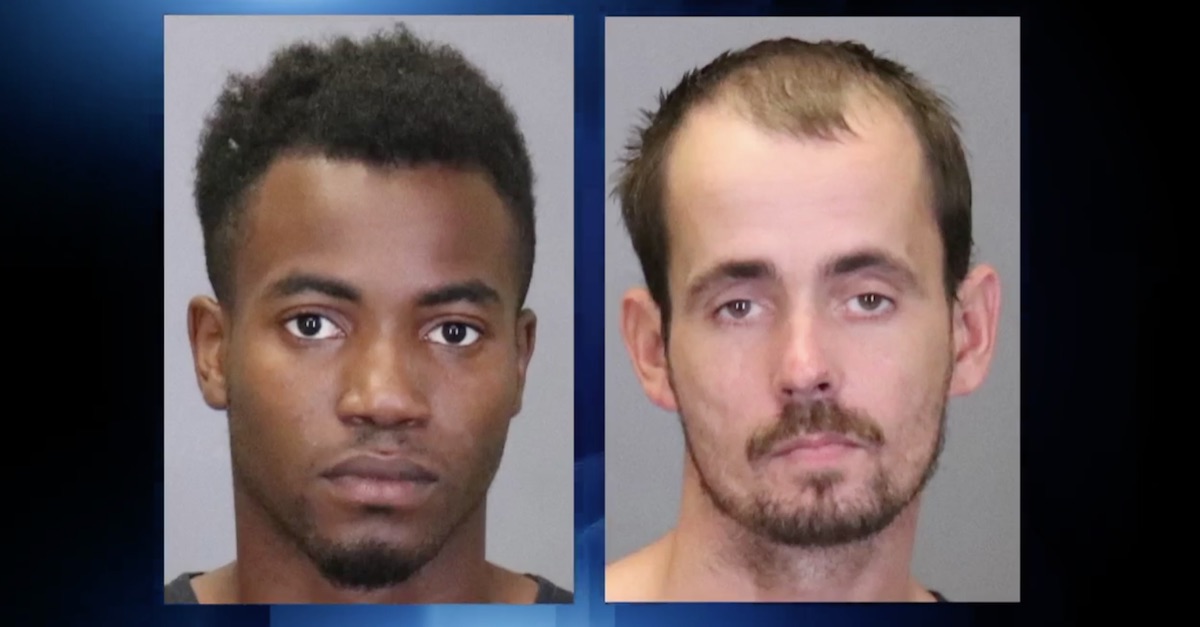 A 19-year-old Georgia man was jailed in Muscogee County two weeks ago after he allegedly stabbed an AutoZone worker, having “felt the need to find a white male to kill.” Now he is accused of beating his white cellmate to death over the weekend.

Muscogee County Sheriff Donna Tompkins said Jayvon Hatchett is the suspect in the beating death of 39-year-old Eddie Nelson Jr. Nelson was recently jailed for violating his parole by failing to register as a sex offender. He was found dead early Saturday. Nelson’s family and attorney responded to the news in an interview with WLTZ, blaming jailers’ “negligence” for his death.

The attorney, Craig Jones, told the NBC affiliate that if Hatchett “had been a member of the Ku Klux Klan, they would not have put him in a cell with a Black person.”

As recently as Aug. 25, Hatchett was accused of targeting a random white person in a stabbing. Police claimed that Hatchett said he felt the need to commit the crime after watching videos of police brutality online. The stabbing victim was a white AutoZone worker. The victim was initially reported to be in critical condition, but is expected to recover.

Hatchett was subsequently ordered to get a mental health evaluation. Nelson’s family said that the sex offender designation relates to a case that is two decades old. Again, per WLTZ:

[Nelson’s] family told us the classification was from a 20 year old case involving a “Romeo-Juliet” type relationship. “He was a good boy, a good young man. He would give you the shirt off his back. All kids love him. He loved kids. He was a fine young man, a fine young man, a good son and he shouldn’t have died this way,” his mom told us.

An investigation into Nelson’s death is ongoing. Charges have not yet been filed.

Hatchett was charged with aggravated assault and possession of a knife in the August stabbing in Columbus, Georgia. Columbus Police Sgt. Ray Mills claimed Hatchett said during a police interview that “he had been watching Facebook videos of police shootings in other parts of the country and that he felt compelled to go stab a white male.”

A tip from a neighbor and surveillance images led police to Hatchett’s door. Police said Hatchett was smiling and admitted to the stabbing. Hatchett was out on bond after being charged three days earlier for criminal damage to property. He was also arrested six months ago for an alleged aggravated assault.

Notably, District Attorney-elect Mark Jones, pointing to Georgia’s Hate Crime Bill, said that if the AutoZone stabbing was, indeed, racially motivated then a hate crime enhancement to the charges should be pursued.

“On the Auto Zone stabbing case, my thoughts are that if the allegations are true, then defendant should be charged with aggravated battery with a hate crime sentencing enhancement if convicted beyond a reasonable doubt. The reports of the Auto Zone incident are deeply concerning to me because I am committed to reducing violence in our great city. However, each case warrants a full and promptly investigation of the incident and we currently don’t know the entire story.”