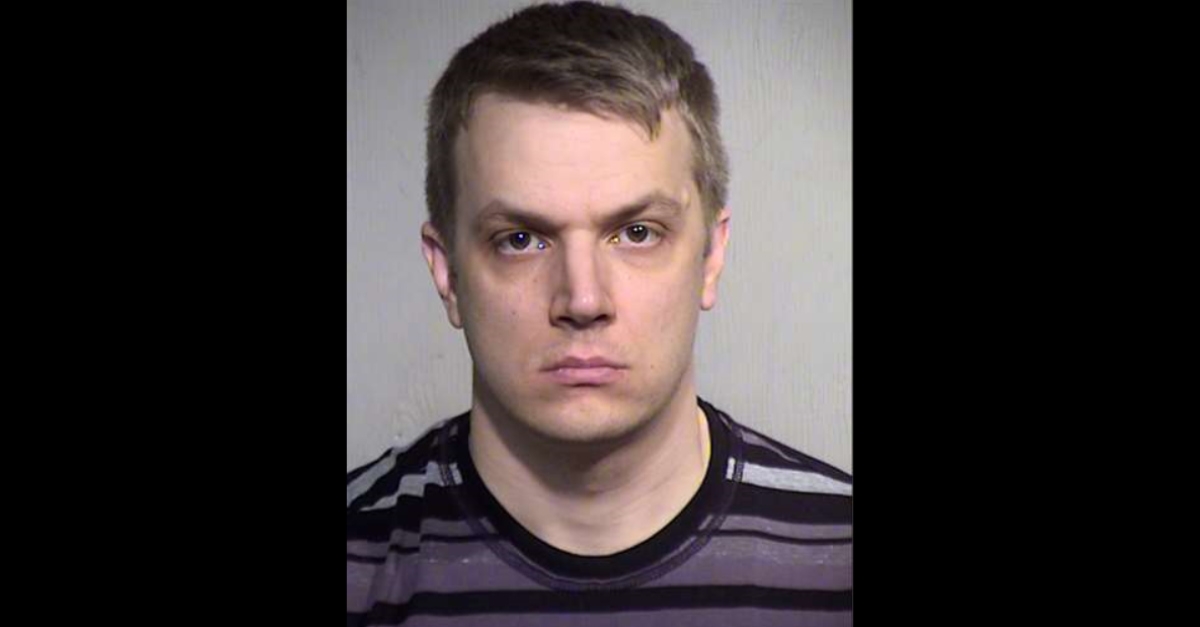 An Arizona man attempted to blackmail a former date by demanding sex in return for keeping a sex tape off the Internet, according to the Pinal County Sheriff’s Office. Michael Aaron Pomeroy, 36, faces one count of sexual extortion. Investigators say the woman in question contacted them in October. She claimed that Pomeroy, a former date, reappeared in her life again after eight years.

The alleged victim said she first met him through an online dating site when she was 19. According to deputies, Pomeroy–who might have had an account under the name “Matt Rogers”–went out with her.

Pomeroy called her again under the name of “Matt Rogers,” deputies said. He allegedly demanded that she have sex with him three times in compensation for keeping her sex tape off the Internet.

The defendant could not be reached for comment. His case is not in the Pinal County system as of Wednesday afternoon. It is unclear if he has an attorney in this matter.

Lamb suggested there could be more victims, and asked for more to come forward.