Anthony Weiner Released from Prison, But He’s Not Free Yet | Law & Crime

Anthony Weiner Released from Prison, But He’s Not Free Yet 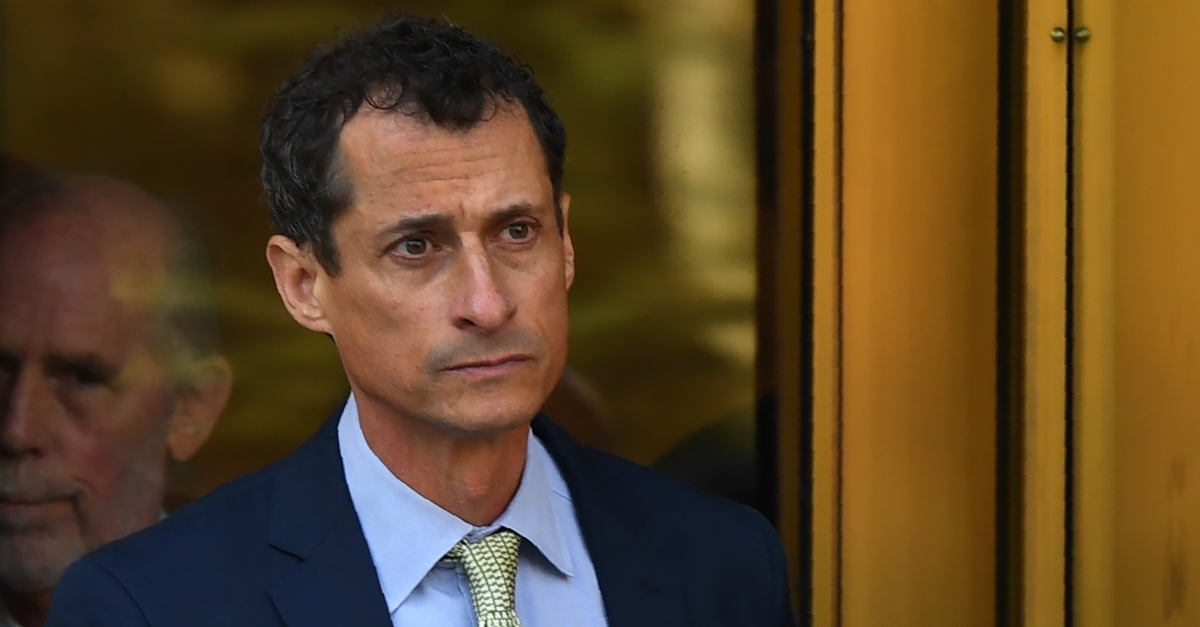 Disgraced former Congressman Anthony Weiner has been released from federal prison, but he’s not free yet. He is either in a halfway house or home confinement, according to law enforcement sources in a TMZ report.

Federal prison records viewed by Law&Crime show he is in the custody of RRM New York, a residential reentry management field office. He is scheduled for release on May 14.

Weiner pleaded guilty and was convicted in 2017 for sexting a 15-year-old North Carolina girl.

“I have a sickness, but I do not have an excuse,” he said in court.

Weiner’s political career died a long slow death. The incident with the 15-year-old was yet another such sexting scandal. None of the women involved in the first two scandals were said to be minors, however.

In the first one, the up-and-coming Democrat sent a picture of his bulge from Twitter in 2011. He denied sending it, even hiring a lawyer to look into this, but later admitted that he mistakenly sent it. He also acknowledged sexting women online, although he was married. He resigned from office.

The politician ran to become New York mayor in 2013. That ended with the second scandal. He sexted under the name “Carlos Danger.” Weiner downplayed the number of woman he allegedly contacted.

His downfall caused optics problems for his wife Huma Abedin, a right-hand woman of former presidential candidate Hillary Clinton. She stood by him after the 2011 debacle. She appeared with him on camera even amid the 2013 sequel. Not anymore. She dumped him in 2016 after he sent a picture to a woman in her 40s. The picture showed him in boxer briefs, with a semi-erect penis, laying in bed next to his four-year-old son. Reporting from last year shows that Abedin and Weiner took their divorce proceedings out of court, and handled it privately.