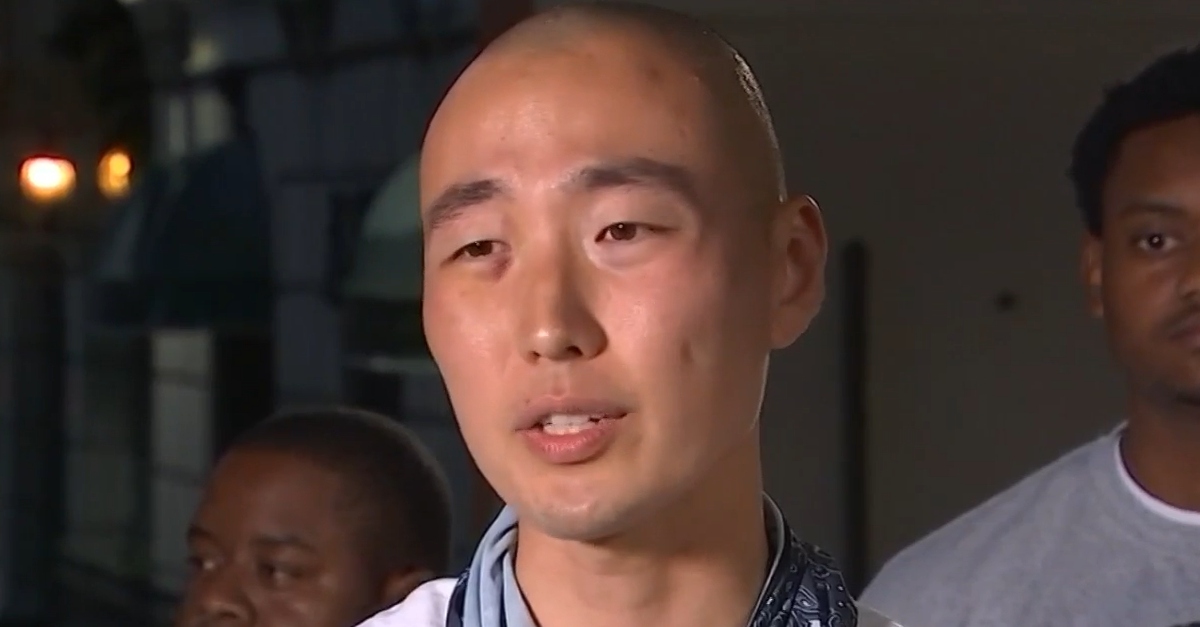 A California man says he was injured in a racist attack last week in the Koreatown neighborhood of Los Angeles. The problem facing police, however, is that they only have a vague description of the suspects who hurt Air Force Veteran Denny Kim, 27. They are looking for surveillance footage.

Kim, who is a Korean American, told NBC Los Angeles in a Tuesday report that the men called him slurs like, “ching chong,” and “Chinese virus.”

“They eventually struck me on my face,” he said. “I fell down to the ground.”

Kim sustained a black eye and fractured nose in the attack on Kenmore Avenue. He said he was in fear for his life. Kim credits friend and community activist Joseph Cha with chasing off the individuals and saving his life.

“What they did was not fair, and it was filled with hate,” Kim said. “And that’s something I feel like we all need to bring awareness of.”

Cops said they are looking into this attack as a hate crime.

“The 27-year-old still wore a black eye and was breathing through a fractured nose a week after, he says, two men threatened to kill him and called him racial slurs, before knocking him to the ground in an unprovoked attack.” https://t.co/43JyozXuRl

The incident happens amid increasing rates of anti-Asian hate crimes happening amid the COVID-19 pandemic.