‘A Childish Thing to Do’: Business Owner Paid Former Employee’s Last Check in ‘504 Pounds’ of Pennies, Left a ‘F*** You’ Note 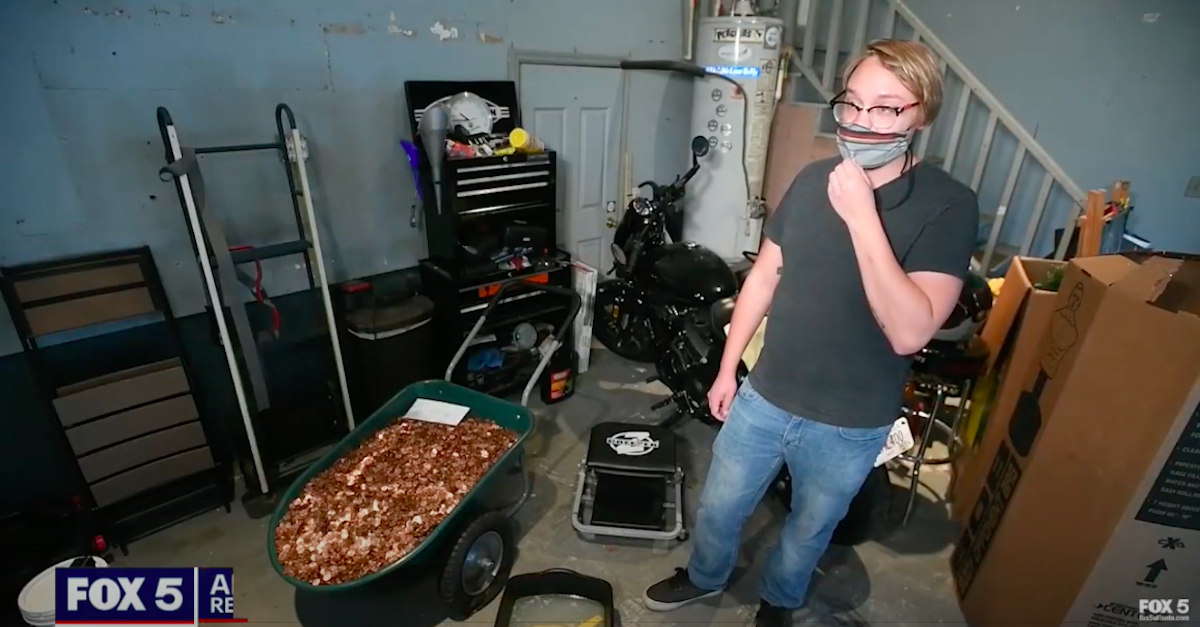 How much does $915 in pennies weigh? Though it may sound like the kind of hypothetical scenario that could only come up in guessing contest or a job interview, one Georgia man learned the answer the hard way when he woke up to find that a 504-pound mountain of grease-covered coins had been dumped on his driveway in the middle of the night by his disgruntled former employer in lieu of his final paycheck, several local news outlets reported. The pennies were topped with an envelope containing his last pay stub and a letter with only two words: “Fuck you.”

“He froze and stared at me for like a straight minute,” Flaten said during an interview. “He gets up, puts his hands on his head, walks out the door, and disappears.”

Flaten said that he left the position because it was a “toxic work environment” with constant turnover and he needed a change of scenery. At the time of his departure, Walker still owed him $915, which he promised would be delivered in January. When he had not received the funds several months later, Flaten filed a complaint with the Georgia Department of Labor.

When Walker responded by accusing Flaten of owing him money for damages, Flaten was certain he would never get the money owed to him.

“I honestly at this point never expected him to pay,” Flaten told CBS46.

But in mid-March, approximately five months after leaving Walker’s employ, Flaten found himself with more than 91,000 pennies — all of which he said were covered in a greasy, oil-like substance.

Flaten has since filled a wheelbarrow in his garage with the copper currency, which weighed so much that it literally deflated the tires. He said he’s already spent several hours cleaning and organizing the coins so they can be spent or traded in for other forms of money.

“I think that’s going to be a lot of work for money I’ve already worked for,” he said in an interview with FOX 5 Atlanta, calling it “a childish thing to do.”

“It’s going to be hours upon hours of just thing to clean this money up so that it’s even able to be spent. It’s definitely not fair at all,” he added.

WGCL spoke to five other people who previously worked for Walker who said they, too, experienced a toxic working environment. One former female employee said that when he was her manager he said, “You think you have a bigger dick than any of the boys and we’re gonna prove that right now.” She said he proceeded to pull down her pants in the lobby of the store.

When WGCL asked Walker if he knew anything about the pennies he confirmed he was the one behind the puerile revenge plot.

“I know tons about it, what’s wrong with it?” Walker shot back. “It doesn’t matter, he got paid, that’s all that matter. He’s a fucking weenie for even bringing it up.”

Upset that the local news media had given Flaten a platform to reveal what had happened, an angry Walker then told the reporter that “you guys are what’s wrong with the world, now get the fuck off my property.”