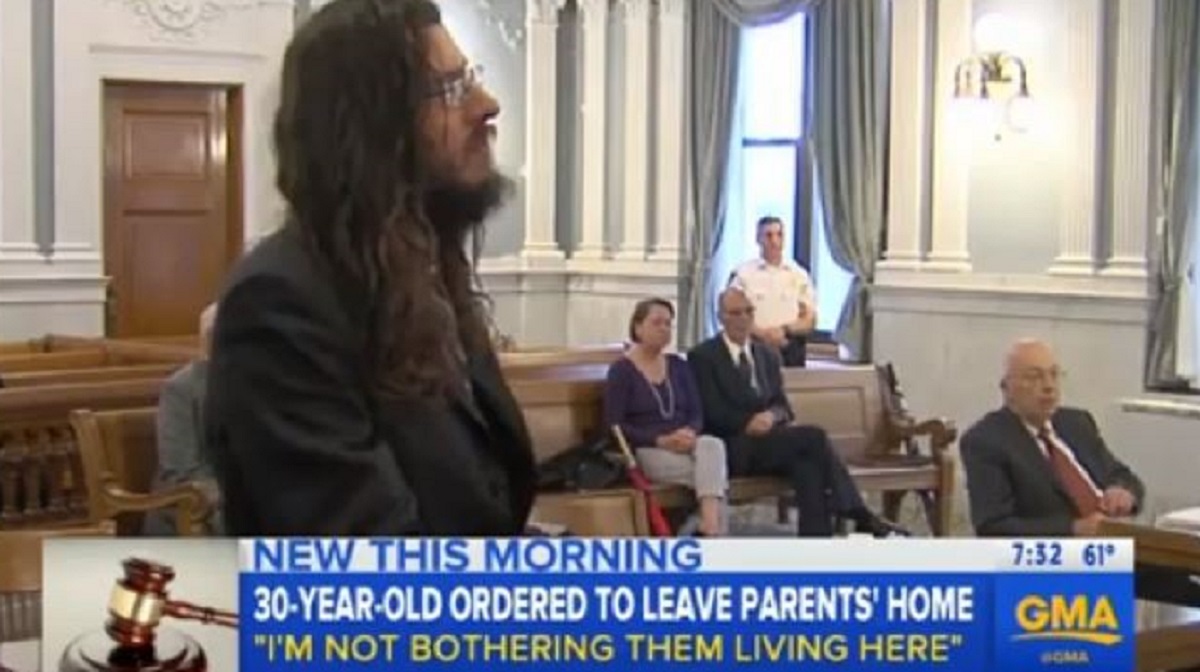 Michael Rotondo, the 30-year-old New York man who famously was ordered by a judge to move out of his parents’ house, is apparently complying with the court’s ruling, but apparently it’s not going well.

According to TMZ, Rotondo was packing up his belongings so he could move into an Airbnb before going to a cousin’s place, and got into an altercation with his dad. He told the gossip site that his father wouldn’t give him toys for Rotondo’s 8-year-old son (who is living with the child’s mother), so he called the cops on him. Rotondo has lamented that he recently lost custody of his son, and that his parents were weren’t sympathetic to the situation, which “devastated” him.

His parents reportedly want him to get a job, but Rotondo claimed he makes money from a private business. He said he didn’t understand why his parents were forcing him out, because he wasn’t getting in their way and he paid for his own food and did his own laundry.

Rotondo reportedly told officers that no weapons were involved in the dispute, but that he does own a gun. He told the cops where the firearm was, but decline to let officers hold onto it for safekeeping, TMZ reported. Instead, he reportedly put the gun with the rest of his stuff, most of which is going into storage for the time being.

According to the court’s order, Rotondo must be out of his parents’ home by noon on Friday.