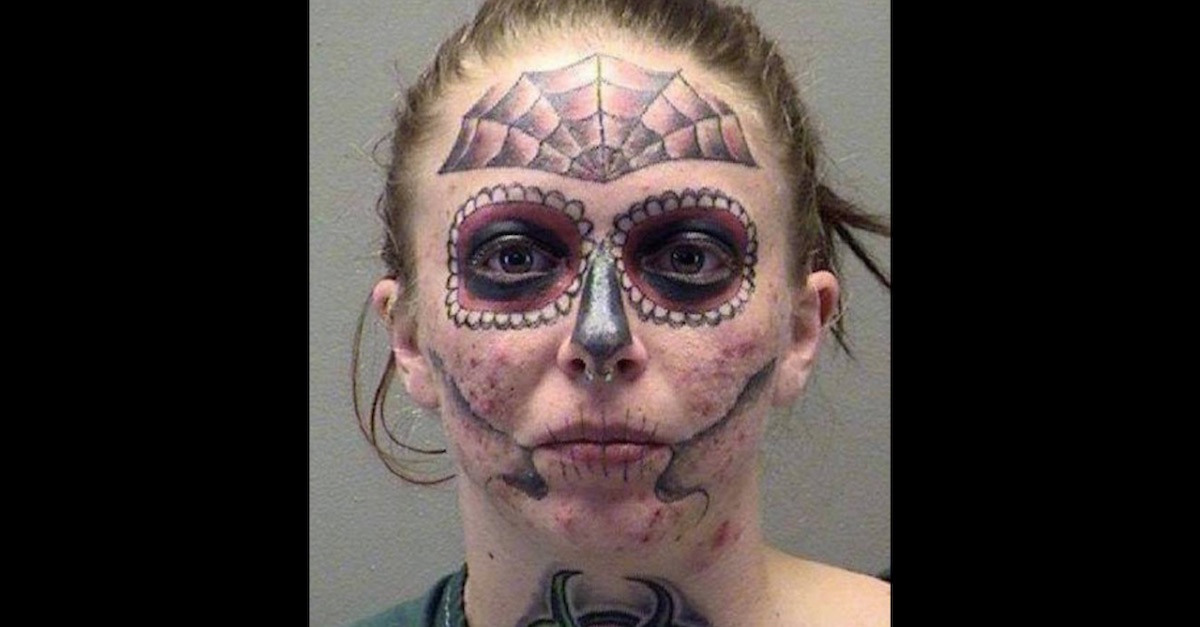 A 27-year-old Ohio woman has been arrested for the third time in the last six months. While that is a not-so-great development in itself, people might not have noticed if not for some utterly distinct and unforgettable face tattoos.

Canfield resident Alyssa Zebrasky was arrested on Tuesday and booked at the Montgomery County Jail, Fox8 reported. The exact charge is not clear at this time, but Zebrasky’s past run-ins with the law and her mugshots have been well-publicized. Montgomery County Jail data reviewed by Law&Crime shows that Zebrasky was being detained there on a charge from another county, namely Mahoning County.

As recently as Dec. 2018, Zebrasky was on the radar of Boardman Township Police. The ensuing photoshoot had the following results: 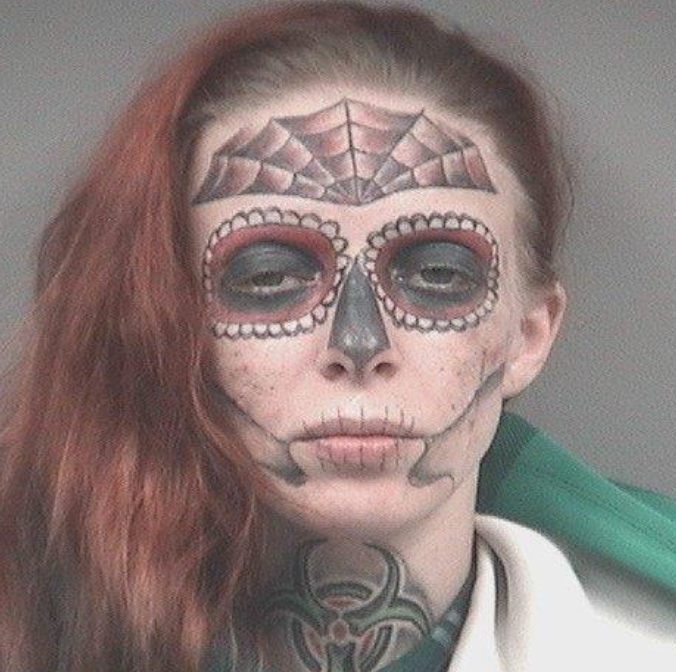 Zebrasky was accused of theft and drug abuse. The theft charge stemmed from an incident at a Walmart. She allegedly stole a bag. Police said they subsequently found meth and a needle in her purse. 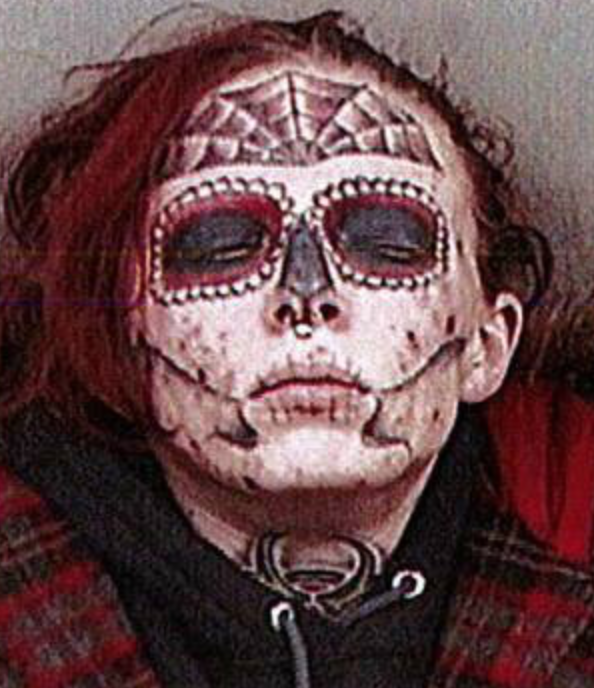 The official charge was obstructing official business, but the story is not nearly as boring as this shorthand description. Police reportedly spotted a running car stopped in the middle of a road. It was 4 a.m., police said. Authorities said 23-year-old Logan Daugherty was behind the wheel of the car and got spooked when police attempted to pull him over.

Eventually, cops said, Daugherty ditched the car and ran towards a house where Zebrasky was located. Zebarasky was one of three people on the porch at the time. Police said that when they ordered her and the others out of the house, Zebrasky said “I have a knife on me, what are you going to do about that?”

She was arrested, so we suppose that answered her question.

Authorities said she was crying and kicking as it happened. Daugherty, for his part, would claim that he ran because he really had to go to the bathroom, WOIO reported.

Images of what she looked like before the face tattoos have caught attention before.