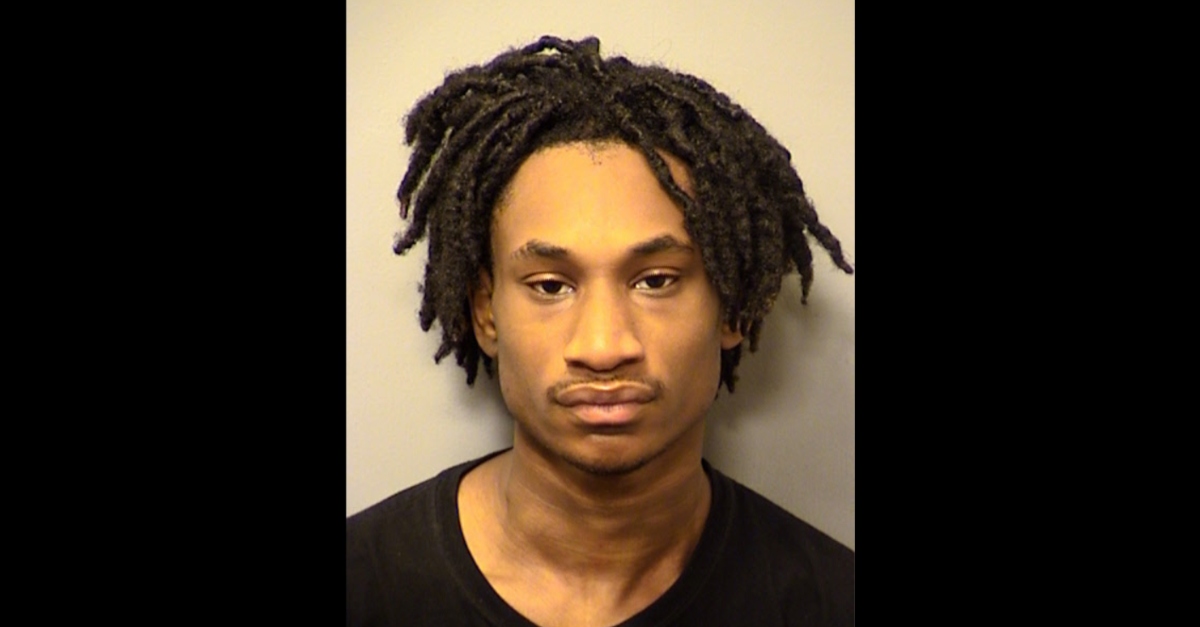 Authorities in Indianapolis, Indiana have identified the teen who allegedly murdered his family this week. He is Raymond Ronald Lee Childs III, 17.

Prosecutors said Childs III is the person who shot and killed almost an entire household, including an unborn baby. A teen boy survived being shot, escaped, and directed investigators to the murder scene, according to officials. Law&Crime is naming the defendant because he is being charged as an adult.

“Our community has suffered another trauma with the tragic loss of this family,” County Prosecutor Ryan Mears said in a statement. “Gun violence continues to take and damage too many lives. Our task now is to bring these allegations before the Court. We intend to seek justice for the victims, and to do so in a way that respects the process and all of the circumstances present in this case.”

Elijah and Rita were the defendant’s siblings, according to IndyStar. Court records cited by the outlet showed that Elijah was in a relationship with Hawkins, and lived in the home.

The murder allegedly happened amid a spat over whether the teen defendant could stay Saturday night at his girlfriend’s home. In this version of events, a woman identified as Childs III’s girlfriend said that his father called him to return home. He did, but he later came back to his girlfriend’s residence with two bags of clothes, claiming his father kicked him out. Childs III allegedly feigned ignorance when the girlfriend got an alert half an hour later about there being a shooting on Adams Street, where his family lived.

According to this account, the girlfriend got him to travel to the crime scene on Sunday morning. Childs III was described as uncharacteristically nervous, cried when they arrived, and “acted a clown.” They went back to her home.

The surviving victim, Childs III’s 15-year-old brother, told cops the defendant was in trouble for leaving home without permission on the night of the murder, authorities said.

From his story, it is unclear how this escalated from a cliché father-son spat to the near-annihilation of their entire family. The 15-year-old said that he was downstairs with their parents when there were two or three gunshots upstairs. He heard Rita Childs yelled that their brother shot Elijah. Childs III then shot their parents. The 15-year-old, while on the laundry room floor, heard his father say, “I’m sorry, Raymond, I love you.”

The younger brother fled, but the defendant chased him, shooting him in the leg and arm.

Extended family of Raymond and Kezzie Childs have set up a fundraiser to help lay the family to rest.https://t.co/w9YFVfdWMw

Childs is charged with six counts of murder (including the unborn child), a count of attempted murder, and a count of carrying a handgun without a license. Records show he was being appointed a public defender. Ann Sutton, Chief Counsel of the Marion County Public Defender Agency, told Law&Crime in an email that the office had no comment at this time.