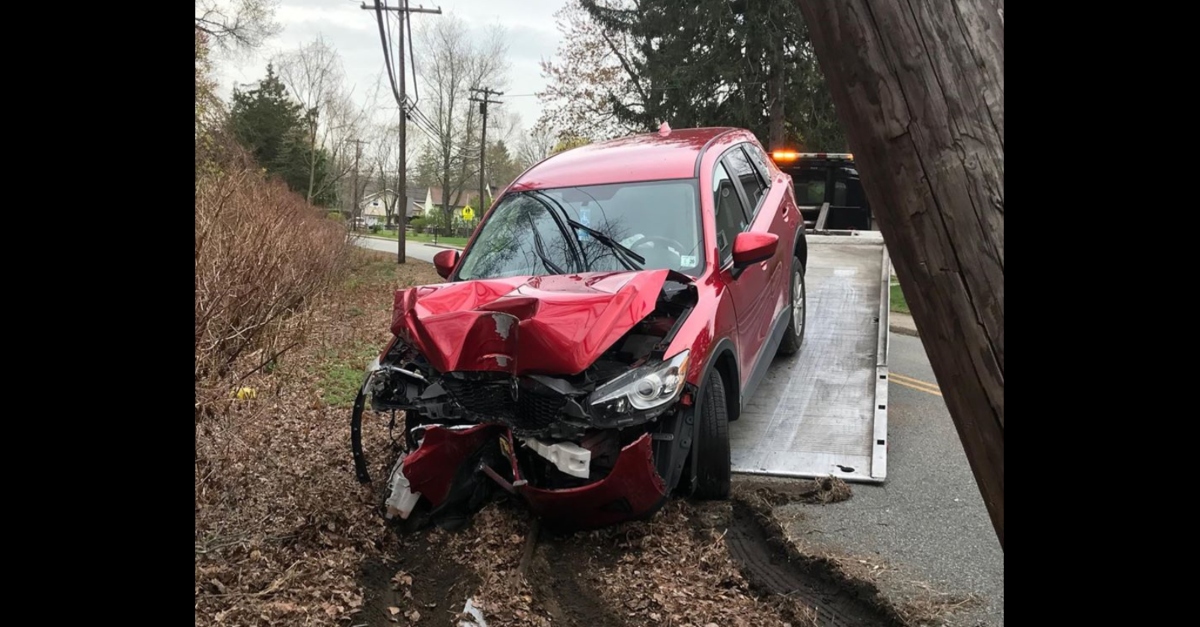 Police in Lincoln Park, New Jersey just released the strangest suggestion for what caused a recent car crash. Officials said it is “believed” that it happened because the driver wore a N95 mask for hours and passed out behind the wheel from “insufficient oxygen intake/excessive carbon dioxide intake.”

First off, to be painfully clear, we previously have not heard of people passing out from use of the N95 masks. Neither did a professor we asked. Officers later updated their original story, and said they didn’t mean to suggest wearing an N95 was unsafe.

Now for the story: Cops said they responded to the scene of a car crash on Thursday. There was just one occupant in the vehicle.

“Motorists and the public alike are reminded that while masks should be used in public settings to help prevent the spread of COVID-19, they are not necessary outdoors when social distancing can be maintained, and especially not necessary when driving a vehicle with no additional occupants,” police said.

The post received mixed responses, including some blowback. Cops replied, adding that their officers were not physicians and did not know the medical history of everyone they crossed paths with.

“It was stated in the original post that we ‘believed’ the excessive wearing of an N95 was a contributing factor to the accident,” they said. “It is certainly possible that some other medical reason could’ve contributed as well. Regardless, the point of the post was to inform the public that wearing these types of masks are not necessary when you’re the sole occupant of a vehicle.”

They said below that the driver was taken to the hospital after reporting pain, but it wasn’t believed that the person had sustained life threatening injuries.

We had never heard about something like this happening before. To be sure, N95 masks have been linked to elevated levels of carbon dioxide. The Yolo County Health Department in California recently warned about this too.

We checked in with Professor Jim Malley, who teaches civil and environmental engineering at the University of New Hampshire. He’s not an MD, but he knows a thing or two about the masks.

“The peer reviewed research papers do show that partial pressure of CO2 in the mask can increase,” Malley told Law&Crime in an email. Other papers concluded these did not have negative impacts on test subjects, he said. “But it is acknowledged in the peer review literature that most properly worn N95 masks do make it somewhat harder to breathe and that CO2 build up is possible.”

He also said that papers suggest that effects can vary from person to person, and there may be other factors involved, including physical and emotional health, what they were doing, how long they were wearing the mask, and so on.

“I have not come across any studies that reported people passing out from the effects,” he said. “I can say if I have learned anything about complex scientific issues in my 40 years at this job it would be to ‘never say never.'”

Police later updated their post. They said they didn’t mean to suggest that wearing an N95 mask was dangerous. From the update:

While we don’t know this with 100% certainty, we do know that the driver had been wearing an N95 mask inside the vehicle for several hours and ultimately passed out while operating the vehicle. We also know that nothing was uncovered at the accident scene that would suggest that the driver was under the influence of drugs or alcohol. All this being said, It is certainly possible that some other medical reason could’ve contributed to the driver passing out. We are not trying to cause public alarm or suggest wearing an N95 mask is unsafe. The original point of the post was to state that in most cases, the wearing of this type of mask while operating a vehicle with no other occupants is unnecessary.