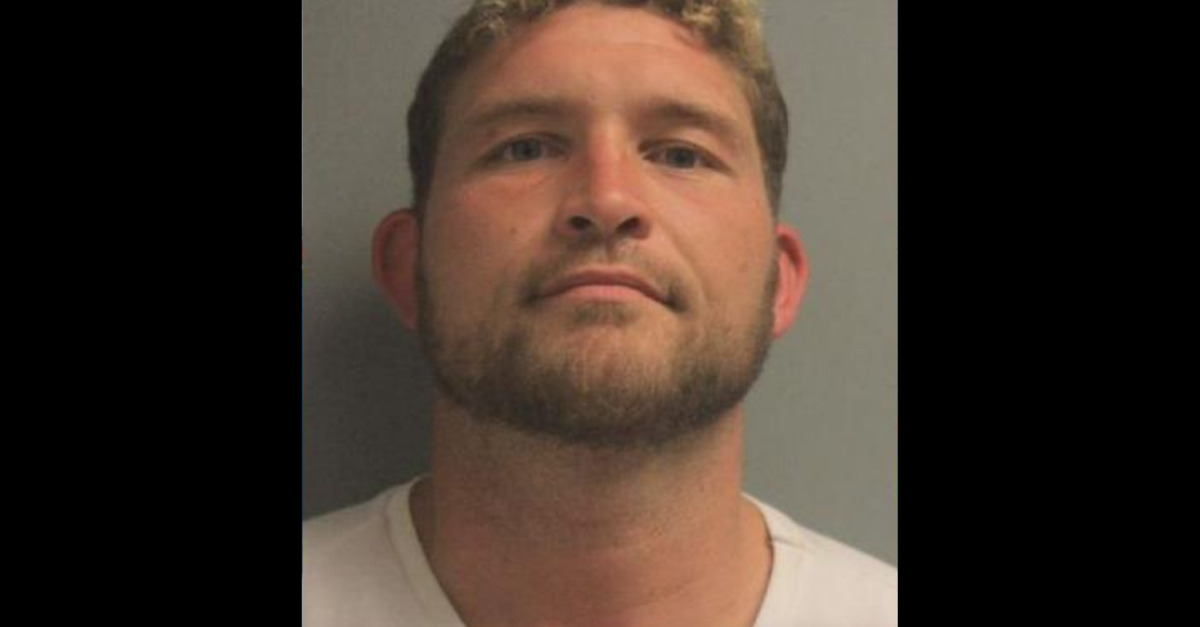 A man in Louisiana was arrested and charged with one count of terrorism after posting false information about law enforcement’s response to the novel Coronavirus (COVID-19) on Facebook.

According to the Rapides Parish Sheriff’s Office (RPSO), 27-year-old Waylon Allen Bailey was “taken into custody without incident” after law enforcement was “notified of a social media post that promoted false information related to the ongoing COVID-19 pandemic.”

The mention of Academy Award winning actor Brad Pitt in the offending Facebook post was apparently a reference to the filmed iteration of the science fiction property World War Z—which chronicles the life of a former United Nations investigator who is called back to service by necessity as a viral pandemic that began in China threatens to consume the world and turn people into zombies.

Commenters on a Facebook post by the RPSO announcing the charges set off a wave of harshly critical comments lamenting the loss of First Amendment rights and the department’s apparent failure to get the reference.

“You arrested him for saying words. Just so you know that’s illegal, and it’s not like you pigs won’t shoot someone with little to no reason anyway,” one post read. “Either way you’re fascists and your time will come.”

“Gonna laugh when y’all try that with someone who ain’t gonna tolerate being stuck in a cage during a pandemic over nonsense,” another post noted. “Y’all keep risking folks lives and sooner or later people will start defending themselves against y’all.”

“Sounds like terrorism to me,” yet another critic wrote. “Going to someones house, arresting them under threat of death, for a post that was obviously meant to be satire. But judging by your reaction maybe there’s truth to that.”

Others assailed the arrested man for his comments and suggested that his arrest had some merit.

“Let’s take this a little further,” a pro-police voice said. “We are getting fake news enough and this guy pops in. Should we allow idiots to shovel mass hysteria too? How could we keep up with the truth? I’m glad they arrested him for doing such a grave danger to an already difficult time.”

Still, many more commenters were upset Bailey was being punished for referencing fiction.

Others rallied to the hashtag: “I mean. If y’all really finna arrest people for satire then #weneedyoubradpitt.”

But authorities didn’t seem much interested in Bailey’s apparent attempt at satire.

Sheriff William Earl Hilton issued a press release which said he “would like to again impress upon everyone that we are all in this together. As well as remind everyone that communicating false information to alarm or cause other serious disruptions to the general public will not be tolerated.”

If convicted, Bailey faces up to 15 years in prison.  If his arrest is a civil rights depravation, he can file a claim for that.  This case may need to be further unraveled in the courts.