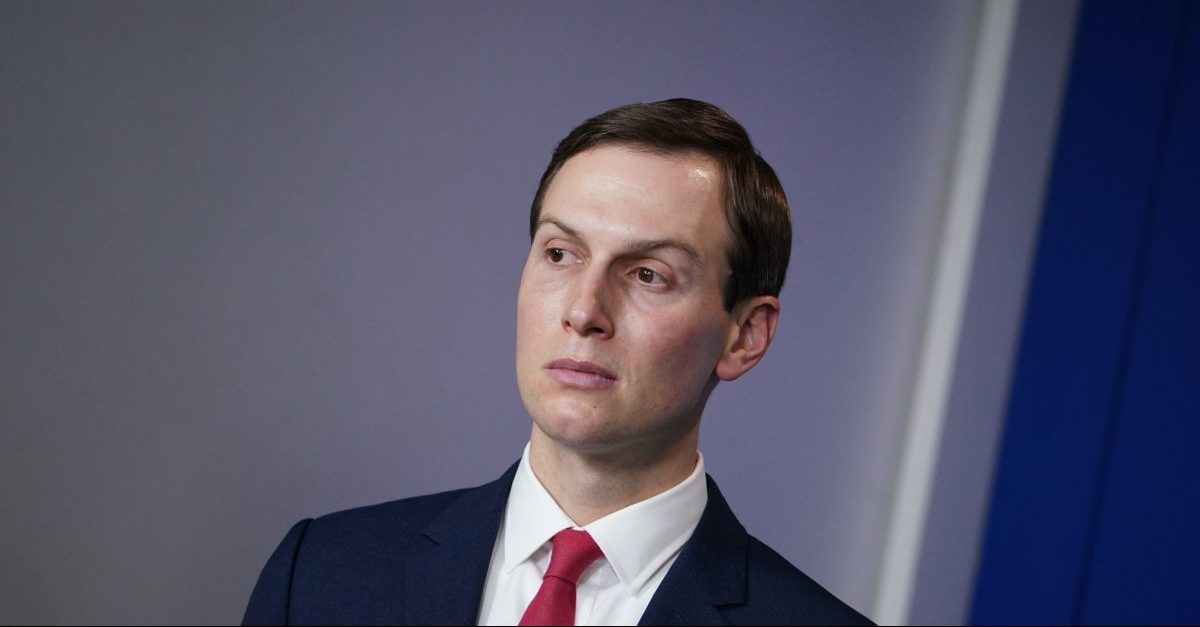 A government watchdog group on Tuesday said that members of the “shadow” coronavirus task force overseen by White House Senior Advisor and Assistant to the President Jared Kushner appear to be operating in violation of several federal laws regarding disclosure requirements and conflict of interest restrictions.

In a letter to U.S. Office of Government Ethics Director Emory Rounds, Citizens for Responsibility and Ethics in Washington (CREW) implored the office to conduct a review of whether task force members have complied with the disclosure obligations and conflict of interest restrictions required of special government employees (SGE) under federal law.

“This task force has assumed critical governmental functions at a time when our nation is facing a crippling pandemic, wields authority over vast sums of money, and is literally making life and death decisions,” the letter stated.

“Yet its members—many of whom are private sector individuals with massive financial interests—appear to be subject to no oversight, leaving the public in the dark about whether they are acting in our best interests or their own.

CREW said Kushner “embedded” the group within FEMA, the Federal Emergency management Agency, without ever notifying the agency that his force was made up mostly of private sector “volunteers.”  Eight of the junior analysts were from the New York-based private investment firm Insight Partners.

“The legal authority for the shadow task force is unclear,” the letter stated. “According to [the Department of Homeland Security’s] acting general counsel, the Insight ‘volunteers’ at FEMA are working under the authority of the Stafford Act, although FEMA staff ‘were told the volunteers were part of the White House coronavirus task force,’ which they took ‘to mean they were federal employees on loan from the White House.’ The White House, however, has not identified the legal authority for any part of the task force.”

Based on multiple reports, CREW concluded that members of Kushner’s task force should be legally categorized as SGEs and therefore must comply with the applicable disclosure and conflict of interest statutes.

“There is no indication they have done so, however, despite the substantial potential for conflicts of interest and the risk that they may use their government positions for private gain. To the contrary, public reports document that there has been only ‘limited vetting of private companies’ and executives’ financial interests,’ which has ‘rais[ed] questions about the motivations and potential conflicts’ of the group.”

Read the full CREW letter below.