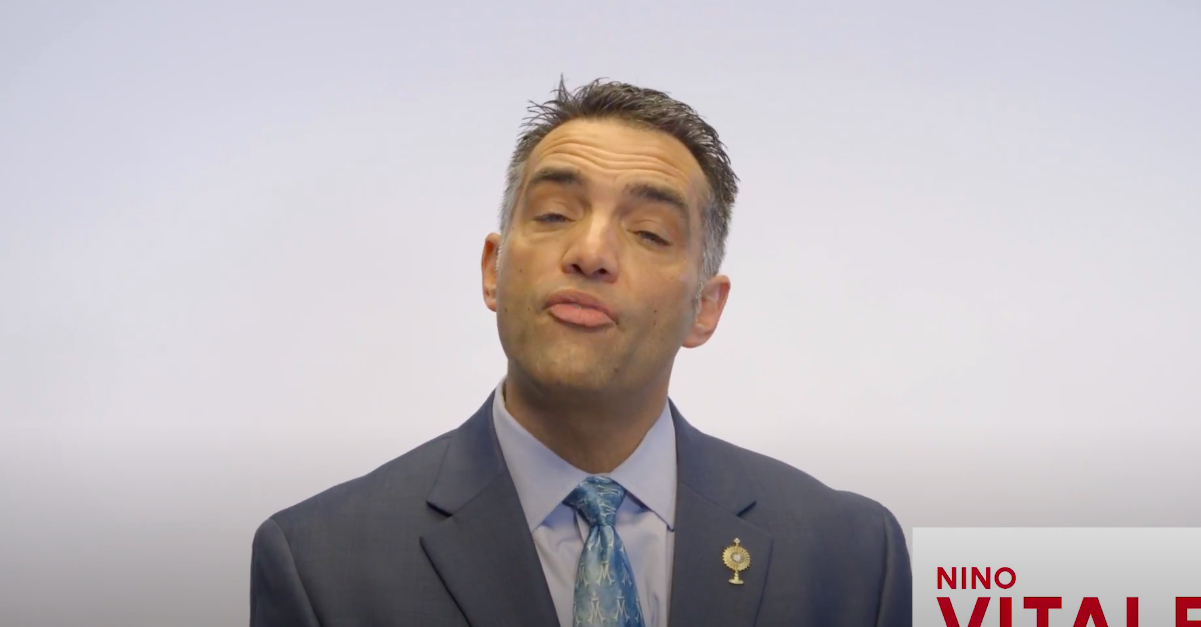 A state representative in Ohio reiterated his staunch opposition to wearing face masks in order to stop the spread of the novel coronavirus, claiming that covering his face would somehow violate “Judeo-Christian Principles.”

Republican State Rep. Nino Vitale of Urbana has been a vociferous critic of the state’s public safety measures for the duration of the pandemic, consistently downplaying the severity and threat posed by the virus (there have been 20,000 confirmed coronaviruses cases and more than 1,000 deaths in the state so far).

Vitale on Monday apparently authored a Facebook post continuing his ongoing attacks against Ohio Gov. Mike DeWine (R) and Department of Health Director Dr. Amy Acton for extending the state’s stay-at-home order through May 29. Over the course of the Facebook post, he stated his reasoning for refusing to wear a face mask.

First, he quoted Acton and DeWine on the matter.

(Wearing a Mask)…”was just a bridge too far that people were not going to accept the government telling them what to do.” – Yesterday on Sunday Television – Gov DeWine

“What is my response?” Vitale asked.

“This is not the entire world. This is the greatest nation on earth founded on Judeo-Christian Principles. One of those principles is that we are all created in the image and likeness of God. That image is seen the most by our face,” he said. “I will not wear a mask.”

In a Friday post, Vitale claimed that Dr. Acton was taking away Ohioans basic human rights, calling her “an unelected Globalist Health Director.”

After protestors organized a demonstration outside Dr. Acton’s home over the weekend where neighbors reported seeing several demonstrators carrying weapons, Gov. DeWine on Monday issued a statement defending Acton, saying he was the public official who sets the policy, not her.

According to the Ohio Capital Journal’s Tyler Buchanan, Vitale has attended numerous protests at the Ohio Statehouse calling for DeWine to re-open the state, including one appearance where he suggested that billionaire Microsoft co-founder Bill Gates may have been responsible for creating the coronavirus.

Vitale been downplaying the virus for weeks. Among examples are him appearing at the Statehouse protest; saying the @OHdeptofhealth statistics were "guesswork" ; & cited an opinion column as medical fact, presenting it to @OHTaskForce2020 as a news story.https://t.co/5YF3ZP4YZG

WATCH: Vitale follows up his "Did Bill Gates create the coronavirus?" theory with anti-vaccine talk, then brought up his favorite Wall Street Journal item, presenting it again as a news story.

It was an opinion column labeled as "Commentary." @NinoVit spreads misinformation. pic.twitter.com/Q77cjkfkeg

Vitale last month also sent a letter to Gov. DeWine stating that “waiting for a mandatory vaccination is unacceptable and is reminiscent of communist China.”

According to the report, Vitale is himself an anti-vaxxer who has claimed that his child is the victim of a “vaccine injury.”