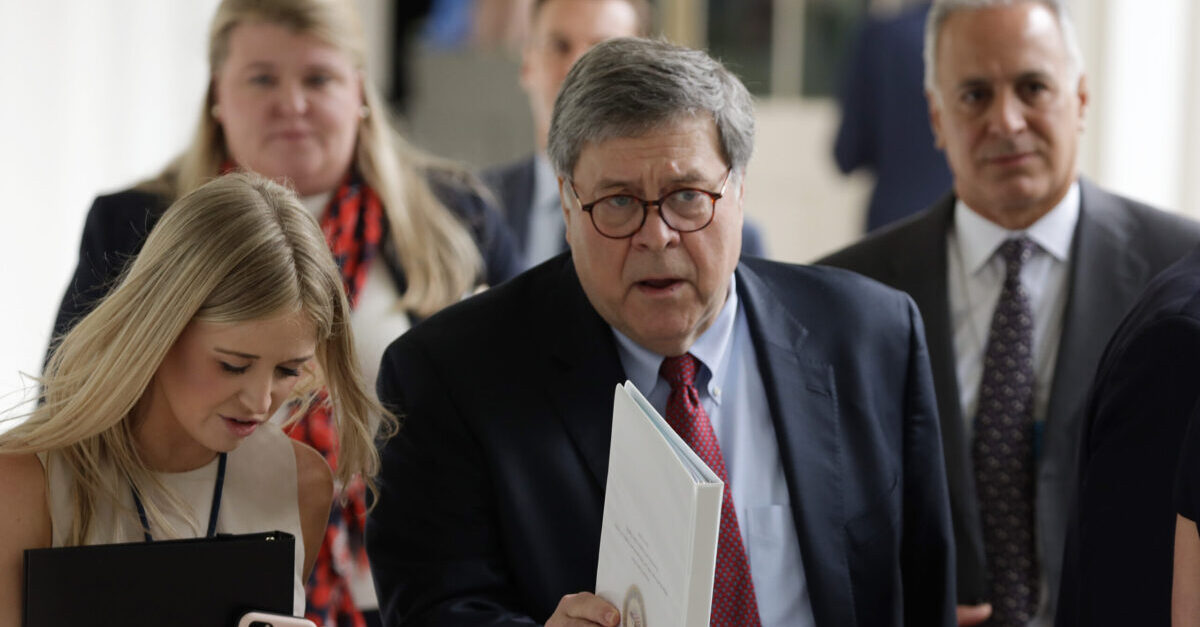 The Department of Justice on Monday intervened in a lawsuit filed by the Capitol Hill Baptist Church in opposition to Washington, D.C. Mayor Muriel Bowser’s (D) restrictions on outdoor worship during the COVID-19 pandemic. The core argument of the lawsuit is that there is no basis to allows thousands of people to protest in the streets while at the same time restricting the number of people who gather for religious services outdoors.

A currently self-quarantining attorney General Bill Barr and his subordinates argued in a statement of interest that Bowser’s restrictions violate the Free Exercise Clause of the First Amendment and the Religious Freedom Restoration Act (RFRA).

RFRA, signed by Bill Clinton in 1993, bars government actors from placing substantial burdens on free exercise of religion unless the government can show, first, that such restrictions further a “compelling governmental interest” and, second, that the restrictions are the “least restrictive means” of accomplishing that goal.

As 42 U.S. Code § 2000bb–1 notes, a person, here the Capitol Hill Baptist Church, who “has been burdened in violation of this section may assert that violation as a claim or defense in a judicial proceeding and obtain appropriate relief against a government.” The DOJ has come to the defense of the church:

This case involves important questions of how to balance the deference owed to public officials in addressing a pandemic threatening the health and safety of the public with fundamental rights of freedom of religion and expression. While a local government has significant discretion to decide what measures to adopt to meet a public health threat, the Free Exercise Clause of the Constitution requires that, whatever level of restrictions it adopts, government must treat religious gatherings the same as comparable nonreligious gatherings, absent the government meeting strict scrutiny, that is, proving that it has a compelling governmental interest pursued through the least restrictive means. Similarly, the Free Speech Clause forbids the government from discriminating against certain speech while privileging other speech with a viewpoint favored by the government, unless it meets strict scrutiny. And the Religious Freedom Restoration Act (RFRA), 42 U.S.C.§ 2000bb et seq., which applies to all actions by the District of Columbia and its officers and agents, requires that any government action imposing a substantial burden on religious exercise meet strict scrutiny.

The argument is a pretty straightforward and simple one: Boswer is discriminating against people of faith by limiting outdoor religious gatherings to 100 people while allowing Black Lives Matter demonstrators to protest by the thousands.

[…] Defendants also appear to be discriminating against the church by forbidding its proposed outdoor worship service for up to 1,000 persons while repeatedly allowing outdoor protests and gatherings of similar and often much larger size. To be put simply, Defendants’ current approach to COVID- 19 limitations has the effect of treating some forms of protected First Amendment activity differently than other forms of comparable activity and in so doing singles out religious exercise for differential treatment. Under the Free Speech Clause and the Free Exercise Clause, Defendants can only deny a permit to the church for its proposed outdoor religious worship in accordance with its sincerely held religious beliefs if they meet strict scrutiny. Unless Defendants can carry this heavy burden, the church has demonstrated a likelihood of success on the merits of its claim under the Free Exercise Clause and Free Speech Clause of the United States Constitution’s First Amendment, respectively, and under RFRA.

The DOJ argued that the 850-member church should be a granted a permit to hold outdoor religious services greater than the 100-person restriction imposed by Mayor Bowser.

A DOJ press release on the matter said that the D.C. mayor was “silencing religious worship.”

“The United States’ brief explains there is no constitutional or statutory basis for allowing protests and rallies attended by thousands of people, while at the same time silencing religious worship,” the press release said. “The brief also explains the city bears a high burden of proof to justify its actions under the First Amendment and RFRA because its actions impose a ‘substantial burden’ on religious exercise, as the church has shown here.”