Democrats Say Trump Is Illegally Halting Aid to WHO, Just as He Did to Ukraine 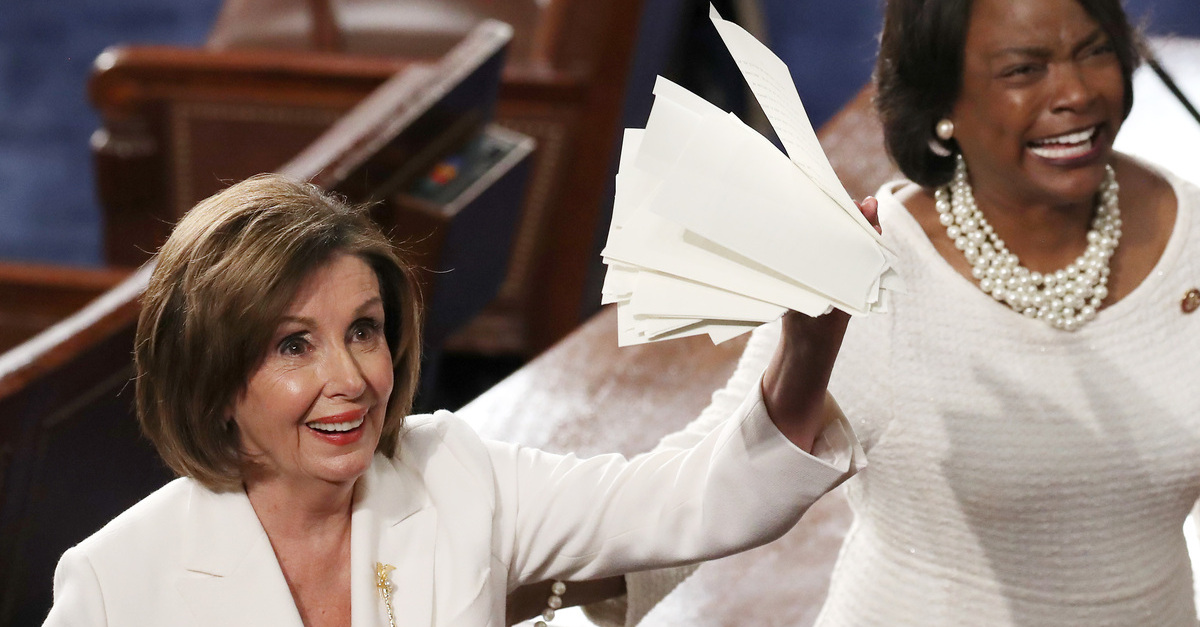 House Speaker Nancy Pelosi (D-Calif.) on Wednesday described Trump’s plans as “dangerous [and] illegal” and said that his efforts to starve the WHO of American funding “will be swiftly challenged.”

Pelosi did not specify what she meant in terms of such a challenge or otherwise expand upon what types of instruments her putative opposition party might wield in any such theoretical effort to force the 45th president’s compliance with federal spending laws and the Congress’s constitutional power of the purse this time around.

According to the independent U.S. Government Accountability Office (GAO), Trump violated the Impoundment Control Act (ICA) of 1974 when his administration briefly withheld military aid to Ukraine in a botched effort to secure an investigation into the family of former vice president and presumptive Democratic Party presidential nominee Joe Biden early last summer.

That law, last heard from in 1992, requires the executive branch to notify Congress if and when already-appropriated funds are being withheld via certain sorts of detailed messages. The statute also contains timeline constraints on the various branches and agencies involved—GAO determined neither obligation was met when Trump froze those funds earmarked for Donbass-destined materiel.

Democrats insist everything old is new again with the president’s latest efforts to choke off U.S. international aid guarantees.

“In a desperate attempt to deflect blame, President Trump is violating the same spending laws that brought about his impeachment,” House Appropriations Committee spokesperson Evan Hollander said in a statement.”The President does not have the unilateral authority to withhold the United States’ assessed contribution to the World Health Organization. Moreover, refusing to fund the WHO is a foolish step that only weakens international tools to fight this pandemic and future global health emergencies.”

Cardozo School of Law Professor Deborah Pearlstein offered a technically true take about the applicability of the law.

“Among total powers the President does not have: unilaterally withholding congressional funding,” she noted via Twitter, “So what’s the legal theory supporting his latest move to cut off WHO funds? If only either Congress or Inspectors General were in a position to find out…”

It’s presently unclear what route–if any–Democrats would take to challenge the president on WHO funding.

“Absent revisiting impeachment, something untenable at this point in the run up to the election, the only option Pelosi has is to sue to enjoin the Executive Branch from refusing to spend money Congress appropriated for the WHO,” noted national security attorney Bradley P. Moss in an email to Law&Crime. “Ironically, it is the precedent from Republican efforts to undermine the [Affordable Care Act] that will help Democrats argue they have standing to sue.”

If the threatened Democratic Party challenge does materialize, however, the Trump administration is prepared to argue that the latest congressional appropriation gives them wide latitude to excise funds from the global public health organization as it sees fit.

“We believe that pursuant to the appropriation, we have broad discretion to spend that money,” an anonymous White House source recently told Politico.

“China has been lying and doing everything they can to cover up the spread of Covid-19 in their country. It’s absolutely disgraceful and we can’t stand by and do nothing,” the 2020 campaign message said. “President Trump has always been tough on China, but he can’t hold them accountable on his own.”