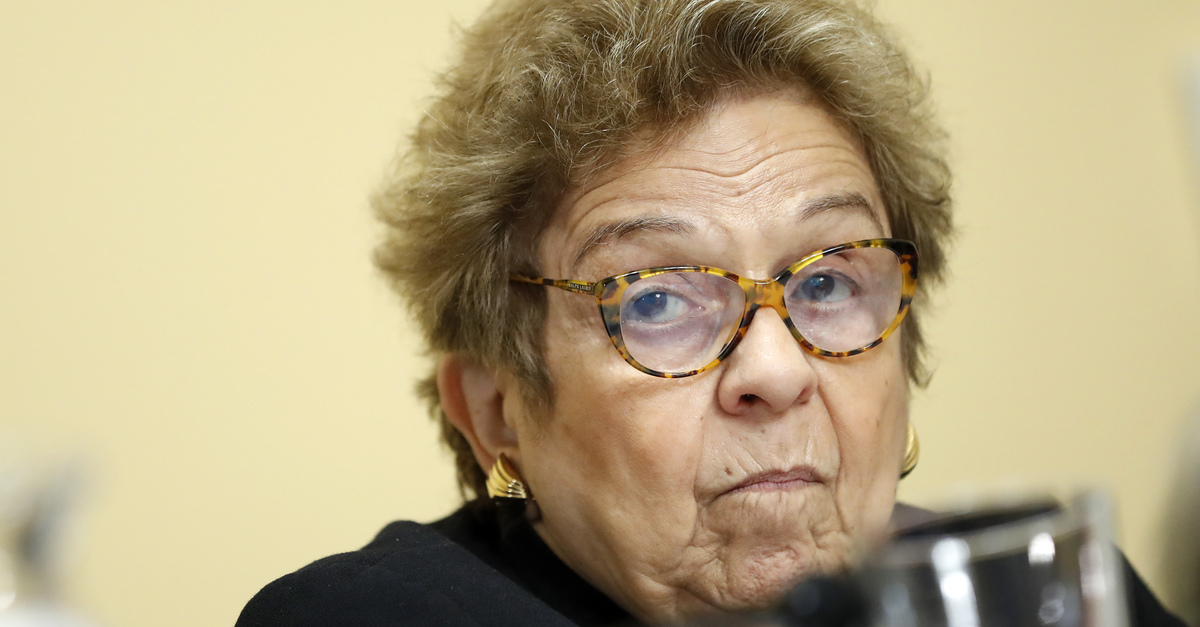 And now for something completely similar. House Democrats have appointed a congresswoman who critics say has financial conflicts of interest to oversee the half-trillion-dollar corporate bailout package passed last month in response to the novel coronavirus (COVID-19) pandemic.

According to the Miami Herald, Rep. Donna Shalala (D-Florida) was hand-picked by House Majority Leader Nancy Pelosi (D-Calif.) for the bi-partisan CARES Act oversight panel on Friday. Shalala, however, did not personally lobby for the job.

David Dayen, writing in the left-of-center The American Prospect, called the majority leader’s choice “a stunning selection” and reported that, according to his sources, Shalala “had no interest in the job.” The Prospect is frequently critical of big money.

The Hill explained the process by which the oversight panel is being selected.

One Democrat who did lobby for the job was progressive Rep. Katie Porter (D-Calif.), who has an extensive background in financial services and previously served as California’s independent bank monitor. In that post, Porter oversaw a $25 billion settlement over mortgage fraud. Porter also wrote a textbook on consumer law but was mysteriously passed over by Democratic Party leadership for the position.

Shalala, on the other hand, “has no expertise in the financial industry or the [Federal Reserve],” Dayen noted.

In a statement announcing the decision, Pelosi cited Shalala’s time as former Health and Human Services secretary under President Bill Clinton as having prepared her for the extremely powerful oversight authority position.

“Congresswoman Donna Shalala is a deeply respected and highly accomplished leader in the Congress and country, who has for decades led the fight to defend the health and economic security of the American people at the highest levels of government,” Pelosi said. “Her leadership as Secretary of Health and Human Services will serve the American people extremely well, as she works to ensure that this historic coronavirus relief package is being used wisely and efficiently to protect the lives and livelihoods of the American people, and not be exploited by profiteers and price-gougers.”

[T]he oversight panel has nothing to do with public health or the pandemic. It’s supposed to examine Federal Reserve lending programs and whether they are assisting the public in economic stabilization and job recovery. These are deliberately complex programs that require for oversight someone with a passing familiarity with the financial system and corporate America. The only expertise Shalala has in all that comes from all the stocks she owns.

According to Shalala’s latest financial disclosure report, those stocks all-but run the gamut of huge companies that will be jostling for a spot at the front of the line in order to access the $500 billion slush fund set aside for corporations.

She holds shares in Boeing, as well as Alaska Airlines and Spirit Aerosystems, which builds a lot of pieces of Boeing aircraft. She owns Chevron, ConocoPhillips, Royal Dutch Shell, and Occidental Petroleum at a time of a historic crash in oil prices. She owns entertainment stock in Paramount, Live Nation, and AMC Theaters . . . She owns Choice Hotels . . . She owns TripAdvisor . . . She owns retailers and retail producers Ralph Lauren, L Brands, Burlington Stores, and Five Below; retail’s in trouble . . . She owns big banks JPMorgan Chase, Wells Fargo, Bank of New York Mellon, BBVA Compass, and HSBC.

The 26-page financial interest form also notes that Shalala owns somewhere between $301,000 and $615,000 in UnitedHealth, a for-profit health insurance company which was accused by the Justice Department in 2017 of over-billing Medicare by over $1 billion.

“That would reflect the very profiteering and price-gouging Pelosi said it was important for Shalala to scrutinize,” Dayen dryly noted. “I guess she has experience after all.”

The Prospect report also notes a “direct conflict of interest” due to Shalala’s financial stake in the company Moelis & Co. That is the bank that will specifically handle loans to the cargo industries according to Treasury Secretary Steve Mnuchin.

And the potential for trouble doesn’t stop there, the author observed:

Is Shalala going to recuse herself from all oversight of companies seeking bailouts, or companies advising on bailouts, in whom she owns holdings?

Some criticized the pick as analogous to questions swirling around the financial dealings of Republican Sens. Kelly Loeffler of Georgia and Richard Burr of North Carolina. Some have noted Burr in particular would be very hard to prosecute; still, the appareance of conflict has raised eyebrows.

One of the biggest scandals of the current crisis is Republican Senators using inside information to benefit their personal portfolio… So of course Democrats nominate a Congresswoman with a thick portfolio of conflict-ridden stock investments to oversee the bailout. Own goal. https://t.co/mtkzcVtFiQ

Questions also been raised about Trump financial connections with the maker of the drug hydroxychloroquine.