A grand jury has refused to issue criminal indictments against any of the Rochester, New York police officers who played a role in the death of Daniel Prude, Attorney General Letitia James (D) announced on Tuesday.

“We presented the most comprehensive case possible,” James said via Twitter. “Daniel Prude was in the throes of a mental health crisis, and what he needed was compassion, care, and help from trained professionals. Serious reform is needed in the Rochester Police Department and our criminal justice system as a whole.”

“I will be pursuing a multifaceted approach, including legislation, to address the very issues that have prevented us from holding officers accountable when they improperly use deadly force,” James continued. “I will be unshakeable in my efforts to bring the change that is so desperately needed.”

A grand jury has voted not to indict any police officer on charges related to the death of Daniel Prude.

My office concluded there was sufficient evidence surrounding Mr. Prude’s death to present the case to a grand jury, and we presented the most comprehensive case possible.

Daniel Prude was in the throes of a mental health crisis, and what he needed was compassion, care, and help from trained professionals.

Serious reform is needed in the Rochester Police Department and our criminal justice system as a whole.

I will be pursuing a multifaceted approach, including legislation, to address the very issues that have prevented us from holding officers accountable when they improperly use deadly force.

I will be unshakeable in my efforts to bring the change that is so desperately needed.

The tweets followed a press conference during which James said there was “sufficient evidence” to take the case to the grand jury.

“Ultimately, we have to respect the decision,” James said while thanking the grand jurors for their service and while lamenting their decision not to return a true bill.

James said Tuesday, however, that “there was no evidence that the spit hood placed over Mr. Hood’s head directly contributed to his death.”

She then pivoted: “it clearly added to his stress and agitation.”

“We know that Daniel Prude was experiencing a mental health crisis and the service that he received was devoid of compassion and trained professionals,” James said while turning her attention to reform.

Prude’s death in March 2020 received little attention until his family released body camera video of the incident. In the footage, several Rochester officers can be seen placing the spit hood over the unarmed Black man’s head before pressing his face into the pavement for two minutes. He appeared to make one effort to stand up after being handcuffed face-down on the ground amid lightly-falling snow but did not seem to resist arrest. 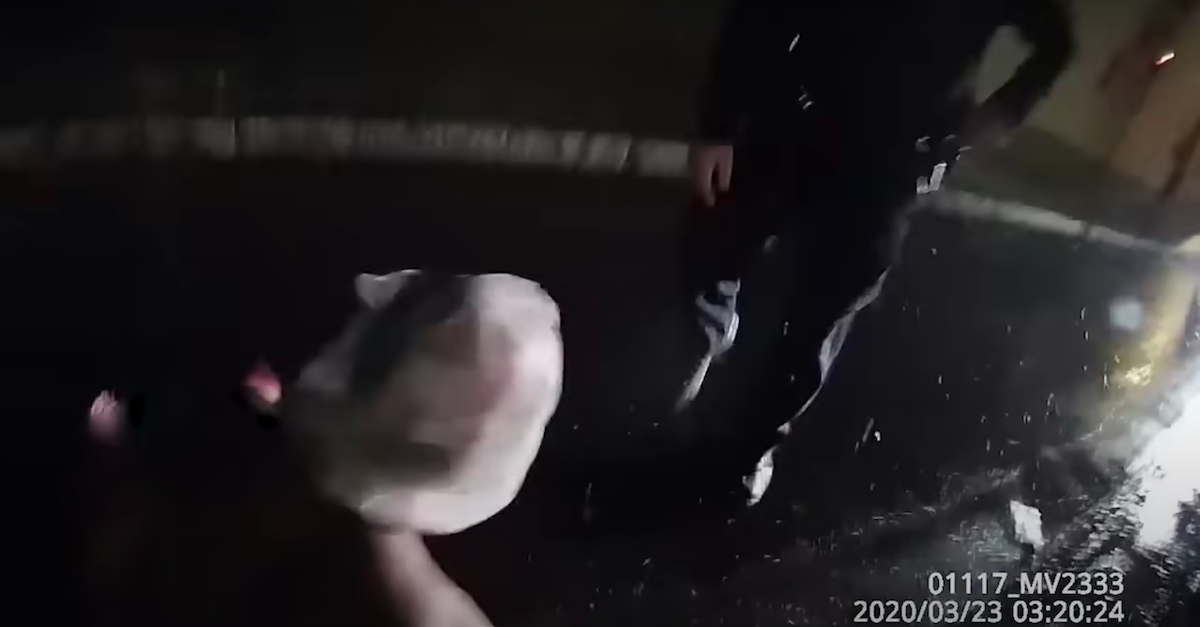 It all started with a 911 call for help; officers encountered Prude naked on the street. Citing internal police documents, the New York Times reported that officers knew they were dealing with a so-called “mental hygiene case involving a person who had not committed a serious crime but instead seemed to be experiencing a psychotic episode.”

James tallied a list of reforms she argued are necessary given to the grand jury’s decision not to indict.

“The criminal justice system has frustrated efforts to hold law enforcement officers accountable for the unjustified killing of unarmed African-Americans, and what binds these cases is a tragic loss of life in circumstances in which the death could have been avoided,” James said. Later, she opined that “the system was built to protect and shield officers from wrongdoing and accountability. The system too often allows officers to use deadly force unnecessarily and without consequence, and that is a system that — at its core — is broken.”

James said New York’s police “use of force law” which shields police officers should not be based on “subjective, simple necessity” but rather on a premise that deadly force is an option of “last resort” where an officer has “exhaust[ed] all other non-lethal means before resorting to deadly force.”

“And while there is a legitimate reason why police officers have some special protections, these protections should be clearly delineated and clearly standardized in state law,” James said.

She then advocated for changes in laws which protect police officers based on subjective legal criteria (how the officers see their circumstances and surroundings) rather than on objective criteria (how an outsider looking in would view the situation).

“These standards should be based on an objective criteria,” James said of protective laws favoring police conduct. “The failure to adhere to them should result in and will result in criminal penalties.”

James also called for statewide certifications similar to those currently required in New Jersey. New York officers need “training necessary to navigate challenging civilian interactions,” she said; she also called for laws to prevent dismissed officers from moving to other law enforcement jobs in other counties or states.  She further called for state license revocation power over officers who have violated the rules.

James then called for grand jury reform. She lamented that she could not release more information about the proceedings which ended with no charges because of secrecy rules.

“The current secrecy laws are out of date,” James said.

Though she could not release grand jury materials, James said her office was preparing a “minute by minute” report which recounted the events surrounding Prude’s death.

“The officers who ultimately restrained Mr. Prude were largely unfamiliar with how to handle this type of medical emergency,” she said.

Video of the police interaction with Daniel Prude, which is behind several layers of YouTube audience protection filters, can be accessed here.