‘As Bad As It Gets’: Nebraska Judge Sentences Man to 52 Years for Repeatedly Hanging 2-Year-Old to Unconsciousness, Filming Abuse 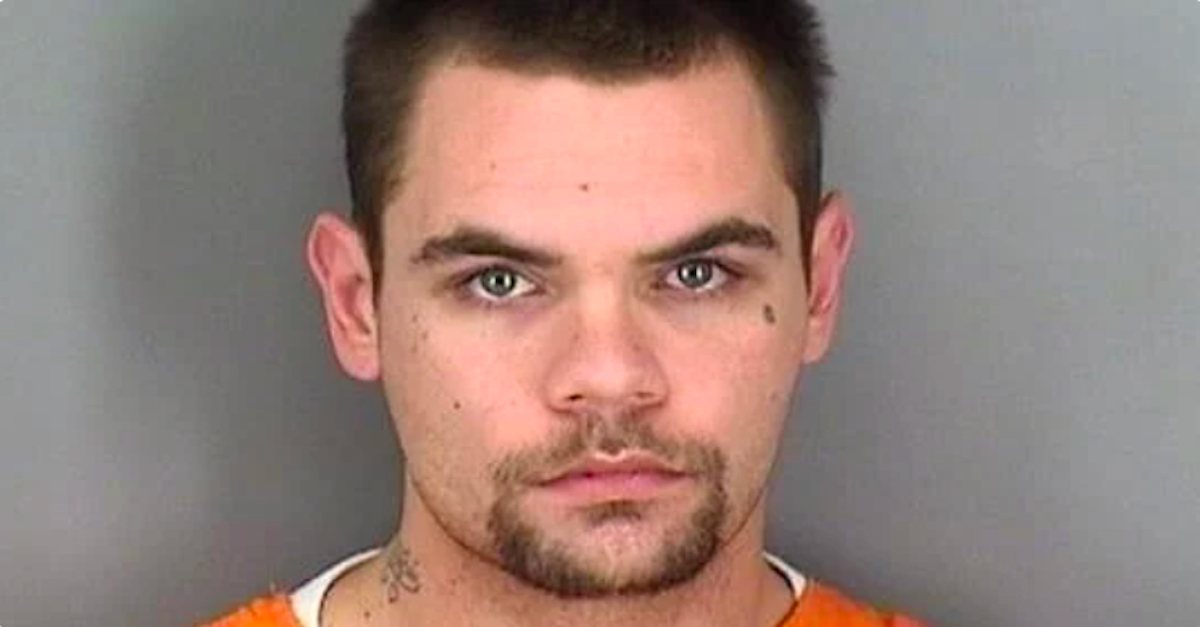 A judge in Nebraska sentenced a man to serve a maximum of 52 years in prison after he filmed himself using a scarf to hang his girlfriend’s 2-year-old daughter by the neck until she lost consciousness multiple times.

Douglas County District Judge Duane Dougherty on Tuesday sentenced David John Coleman, 38, to serve between 42 and 52 years behind bars after the convicted sex offender and nine-time felon pleaded guilty to two counts of child abuse resulting in serious bodily injury. Coleman had initially been charged with first-degree attempted murder before agreeing to a plea deal with prosecutors that included dropping the murder charge.

The Omaha World-Herald reported that Judge Dougherty castigated Coleman during the proceeding and handed down the maximum sentence permitted for the reduced charges.

“There was extreme violence here,” Dougherty said. “When someone harms a child that age — or no matter the age — in that nature, it’s as bad as it gets.”

Coleman, who reportedly blamed being high on methamphetamine for his actions, told Dougherty he was “mortified” at what he’d done.

The World-Herald previously reported that Coleman’s girlfriend was scrolling through Coleman’s phone on Dec. 17 when she came to a video that had been filmed three days earlier. She told police that she immediately recognized the setting of the video as her personal storage unit located at 129th Street and West Maple Road. Nothing could prepare her for the horrific scene that would unfold when she played the video.

Per a sworn affidavit from Omaha Police Det. Alexis Boults that was obtained by the World-Herald, the footage showed Coleman “hanging her two year old daughter with a pink scarf, by her neck, from a shelving unit, causing her to become strangled” and “losing the ability to breathe and losing consciousness.”

“The suspect could [then] be seen grabbing [the child] roughly by the chest and lifting her with the ligature still tied to her neck to release pressure just enough to allow her to breathe, gasp, cry and gurgle, before dropping her in a hanging position, again, only to restart the previous cycle.”

The toddler’s mother called the police who conducted a search of Coleman’s phone and found another video, filmed just 30 minutes prior to the first, showing Coleman “wrapping the same pink scarf around the victim’s neck multiple times, while she was seated in the car seat.”

“The victim can be seen on video turning red and blue in the face,” the affidavit said. “The victim appeared to try crying but was unable to because the ligature was pulled so tightly by the suspect to stop her from breathing, speaking or crying.”

The toddler’s mother filed a victim-impact statement saying the abuse had “changed this child’s life in ways we may never know.”

“How she survived this torture is a mystery. But she did — luckily for her, luckily for her family and luckily for this defendant. Because he would be charged with first-degree murder,” she wrote.

Douglas County Attorney Don Kleine said Coleman’s treatment of his girlfriend’s child was one of the most egregious instances of abuse he’d come across in more than 40 years as an attorney.

“It’s beyond what anybody would think someone is capable of doing. As disturbing a child abuse case as we’ve ever seen,” he said. “We’re pleased with the sentence and the fact that he’ll never be able to hurt a child again. He needed to be put away forever.”

Coleman was convicted in 2004 of attempted first-degree sexual assault of a minor and is listed on Nebraska’s sex offender registry. He had been out of prison for approximately 4 months on separate child abuse conviction—he left a child with broken bones and burns—when the abuse videos were filmed.