UFC Champ Jon Jones Arrested for Alleged DWI, Negligent Use of a Firearm 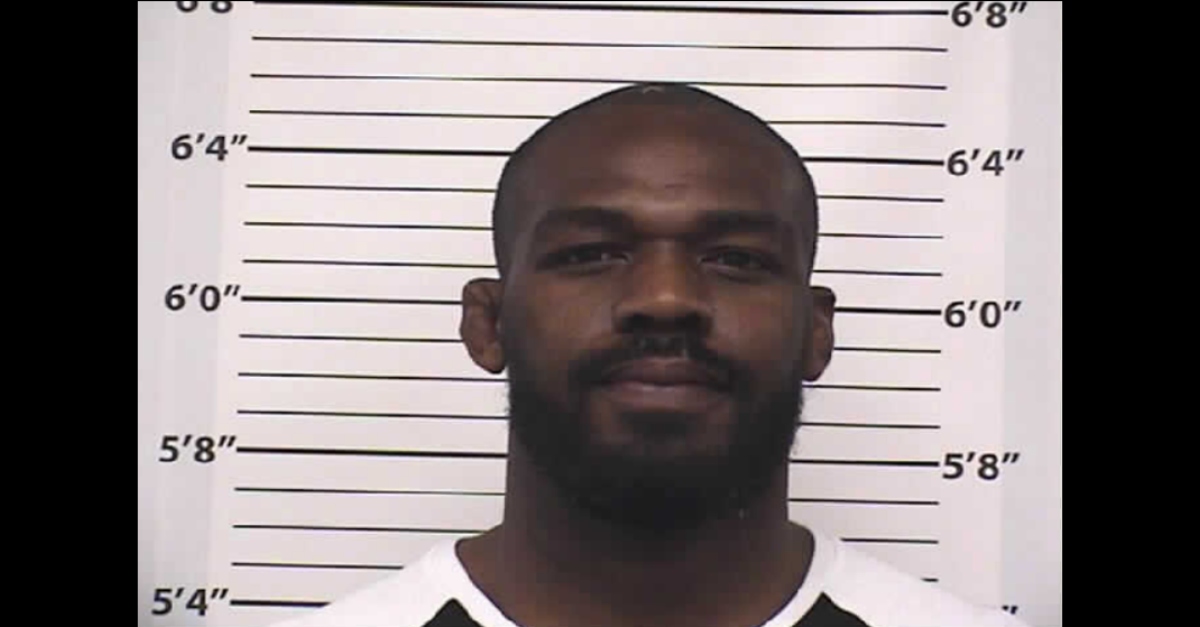 Mixed martial arts (MMA) fighter Jonathan Dwight Jones, a UFC champion, was arrested early Thursday morning, cops said in a KOAT report. Charges are aggravated DWI, negligent use of firearms, possession of an open container, and no proof of insurance in vehicle, according to MMA Fighting.

Cops said they responded after 1 a.m. to a report of gunshots being fired. They claimed to find Jones in his vehicle, while the engine was on. He allegedly said he didn’t know anything about the reported shots, but cops said they saw that he was intoxicated.

Jones allegedly admitted that he had been driving, and planned on driving. He performed badly on a sobriety test, and a Breathalyzer test returned a result for at least twice above the legal limit, cops said.

Officers claimed to find a black handgun under his seat after arrest. There also was allegedly a half-empty 750 ml of Recuerdo behind the passenger seat.

“As part of the investigation into this incident, our Gun Violence Reduction Unit will test the firearm and bullet casing to determine whether the gun has been used in any crimes,” Albuquerque police spokesman Gilbert Gallegos told MMA Fighting in a statement. “Reducing gun violence in Albuquerque is our top priority.”

A court clerk told Law&Crime that a bond hearing is set for April 9. Jones does not have an attorney of record at this time. Records show that he has been released from the Metropolitan Detention Center in Bernalillo County.

As a matter of his fighting record, Jones is easily the most dominant light heavyweight UFC competitor in recent years. He’s arguably the best of all time, but his legal history has been far rockier. Jones pleaded guilty in another DWI case in 2012. He pleaded guilty in 2015 in an infamous 2015 hit-and-run in Albuquerque, in which police said he crashed an SUV into a car driven by a pregnant woman. The professional pugilist pleaded no contest last year to disorderly conduct: authorities said that during a trip to a strip club, he put a cocktail waitress in a chokehold, and slapped her genitals after she denied him a table dance. Jones dodged prison and jail time in the aftermath of all three cases.