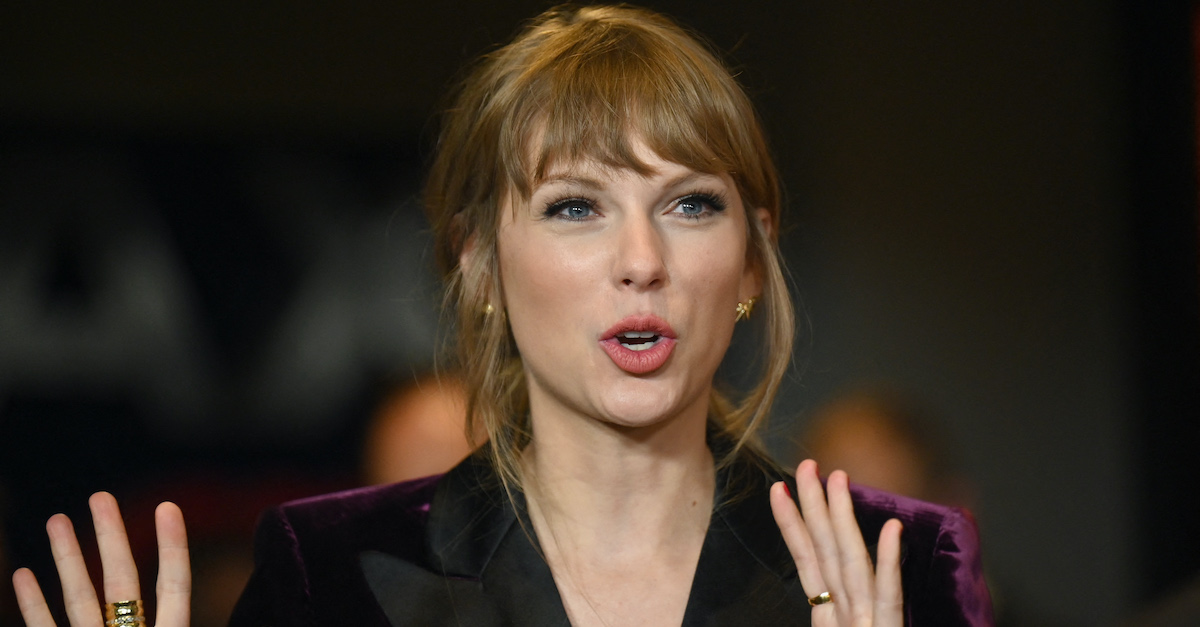 Taylor Swift attends the “All Too Well” premiere at AMC Lincoln Square on Nov. 12, 2021 in New York.

Nearly half a decade after the lawsuit was filed, pop star Taylor Swift is still trying to dismiss copyright claims accusing her of having lifted the chorus of Shake It Off, one of her a certified Diamond mega-hits.

In her legal team’s latest salvo, she argues that the “tenuous” lawsuit never should have lasted that long and that the copyright allegations amount to two phrases widespread in popular culture in 2014.

“It is, unfortunately, not unusual for a hit song to be met by litigants hoping for a windfall based on tenuous claims that their own song was copied,” her attorney Peter Anderson wrote in a 31-page memorandum. “But even against that background, plaintiffs’ claim sticks out as particularly baseless.”

In 2017, songwriters Sean Hall and Nathan Butler sued Swift over the phrases “playas gonna play” and “haters gonna hate” repeated in the song’s chorus. They claimed that Swift lifted the lines from their 2000 song “Playas Gon’ Play.”

Swift says that Hall and Butler concede that none of the musical composition was lifted.

In 2018, U.S. District Judge Michael Fitzgerald agreed that the phrases did not deserve copyright protection, but his dismissal was overruled by the U.S. Court of Appeals for the Ninth Circuit. That appellate court’s ruling brought the case to discovery, and Swift tried to scuttle it a second time on summary judgment.

Fitzgerald, a Barack Obama appointee, rejected that motion last year in 2021. Swift’s legal team has been struggling since then to have the judge reconsider that opinion, arguing that Hall and Butler’s evidence haul has proven too thin for a trial.

In fact, Swift says, there’s no evidence that any of she or any of the song’s other creators — Taylor Swift, Karl Martin Sandberg, and Karl Johan Schuster — even heard the song they’re accused of copying.

“Instead, plaintiffs argue that Playas was widely disseminated in the United States in 2001,” the memo says. “But in 2001 two of the three Shake It Off songwriters lived in Sweden and the third was only eleven years old and living in Wyomissing, Pennsylvania, where Playas had almost no radio airplay.”

Even if they had heard Playas, Swift’s legal team argues, combining the two phrases is protected by fair use doctrine.

A hearing has been scheduled on the matter for Sept. 19 at 10 a.m. Pacific Time.

Read the legal brief, below: