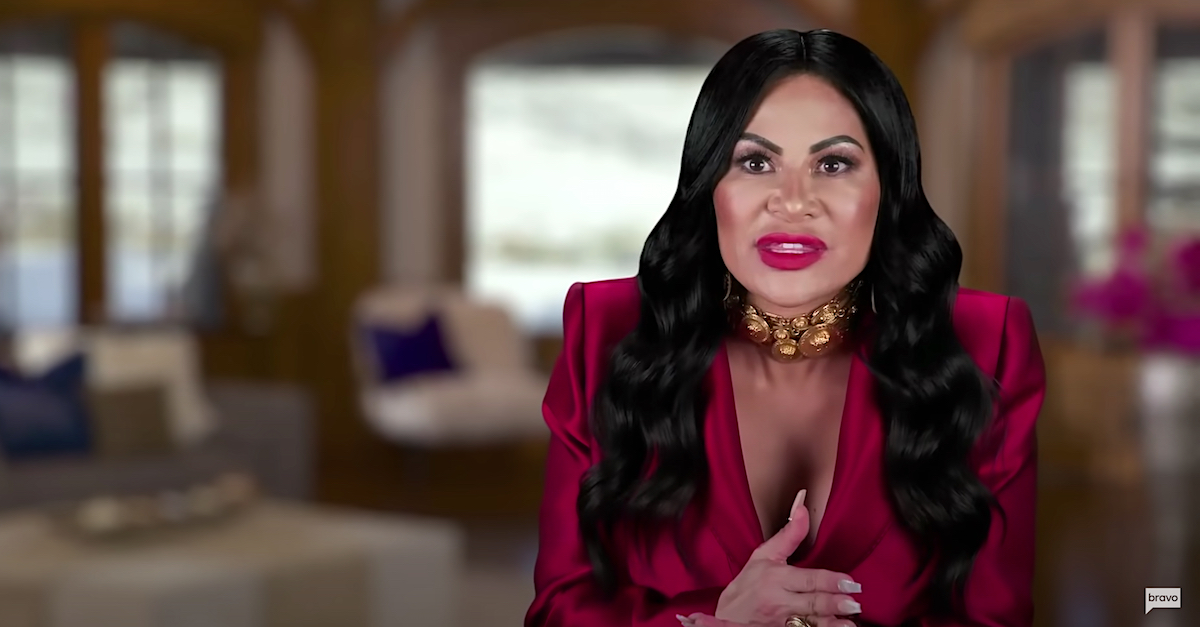 Jennifer Shah, one of the stars of the Bravo television show “Real Housewives of Salt Lake City,” has been arrested on federal charges, the U.S. Attorney’s Office for the Southern District of New York said Monday. Shah, 47, of Park City, Utah, and her assistant, Stuart Smith, 42, of Lehi, Utah, are accused by superseding indictment of conspiracy to commit wire fraud and conspiracy to commit money laundering. The first count carries a possible punishment of 30 years in prison; the second carries a possible punishment of 20 years behind bars.

The accusations involve an alleged telemarketing conspiracy, the office said in a statement.

“[T]he defendants[] engaged in a widespread, coordinated effort to traffic in lists of potential victims, or ‘leads,’ many of whom had previously made an initial investment to create an online business with other Participants in the Scheme,” court documents state.  The ‘leads’ were generated by “sales floors” in Arizona, Nevada, and Utah.  Other “telemarketing sales floors” operated in New York, including Manhattan, and New Jersey.

Shah and Smith, along with others, are accused of selling so-called “business services” to make victims’ businesses “more efficient or profitable, including tax preparation or website design services, notwithstanding that many Victims were elderly and did not own a computer,” a statement from the DOJ said. Furthermore:

At the outset of the Business Opportunity Scheme, certain Participants employed by a purported fulfillment company sent a given Victim electronic or paper pamphlets or provided so-called “coaching sessions” regarding these purported online businesses, but at no point did the defendants intend that the Victims would actually earn any of the promised return on their intended investment, nor did the Victims actually earn any such returns.

Shah and Smith are accused of concealing their roles in the alleged scheme by “using third parties’ names” to incorporate businesses and telling others to do the same; using ‘encrypted messaging applications to communicate,” asking “other Participants” to send their “shares of certain fraud proceeds to offshore bank accounts,” and withdrawing money in ways which would “avoid currency transaction reporting requirements.”

Both defendants were arrested Tuesday in Utah.

The scheme is alleged to have run from some time in 2019 through at least November 2019, court documents state.

“Jennifer Shah, who portrays herself as a wealthy and successful businessperson on ‘reality’ television, and Stuart Smith, who is portrayed as Shah’s ‘first assistant,’ allegedly generated and sold ‘lead lists’ of innocent individuals for other members of their scheme to repeatedly scam,” said Manhattan U.S. Attorney Audrey Strauss. “In actual reality and as alleged, the so-called business opportunities pushed on the victims by Shah, Smith, and their co-conspirators were just fraudulent schemes, motivated by greed, to steal victims’ money. Now, these defendants face time in prison for their alleged crimes.”

“Shah and Smith flaunted their lavish lifestyle to the public as a symbol of their ‘success.’ In reality, they allegedly built their opulent lifestyle at the expense of vulnerable, often elderly, working-class people,” said Homeland Security Investigations Special Agent-in-Charge Peter C. Fitzhugh. “As alleged, disturbingly, Shah and Smith objectified their very real human victims as ‘leads’ to be bought and sold, offering their personal information for sale to other members of their fraud ring.”

“These individuals allegedly targeted and defrauded hundreds of victims but thanks to the hard work of the NYPD and our law enforcement partners, this illegal scheme was brought to an end,” said New York Police Dept. Commissioner Dermot Shea. “I congratulate the NYPD detectives, Homeland Security Investigations, and the U.S. Attorney for the Southern District of New York for their hard work in bringing these persons to justice.”

US v Shah and Smith by Law&Crime

[Editor’s note:  This report has been corrected because it originally misstated Shah’s age.]